OPINION: Why is the British left still so sympathetic towards Shamima Begum?
Advertisement

CR-ISIS: 800 Jihadi's ON THE LOOSE After Mass-Escape During Turkish Offensive

EXCLUSIVE: "It's Time To Bring Him Home" Says Daughter Of Man Beheaded By Isis 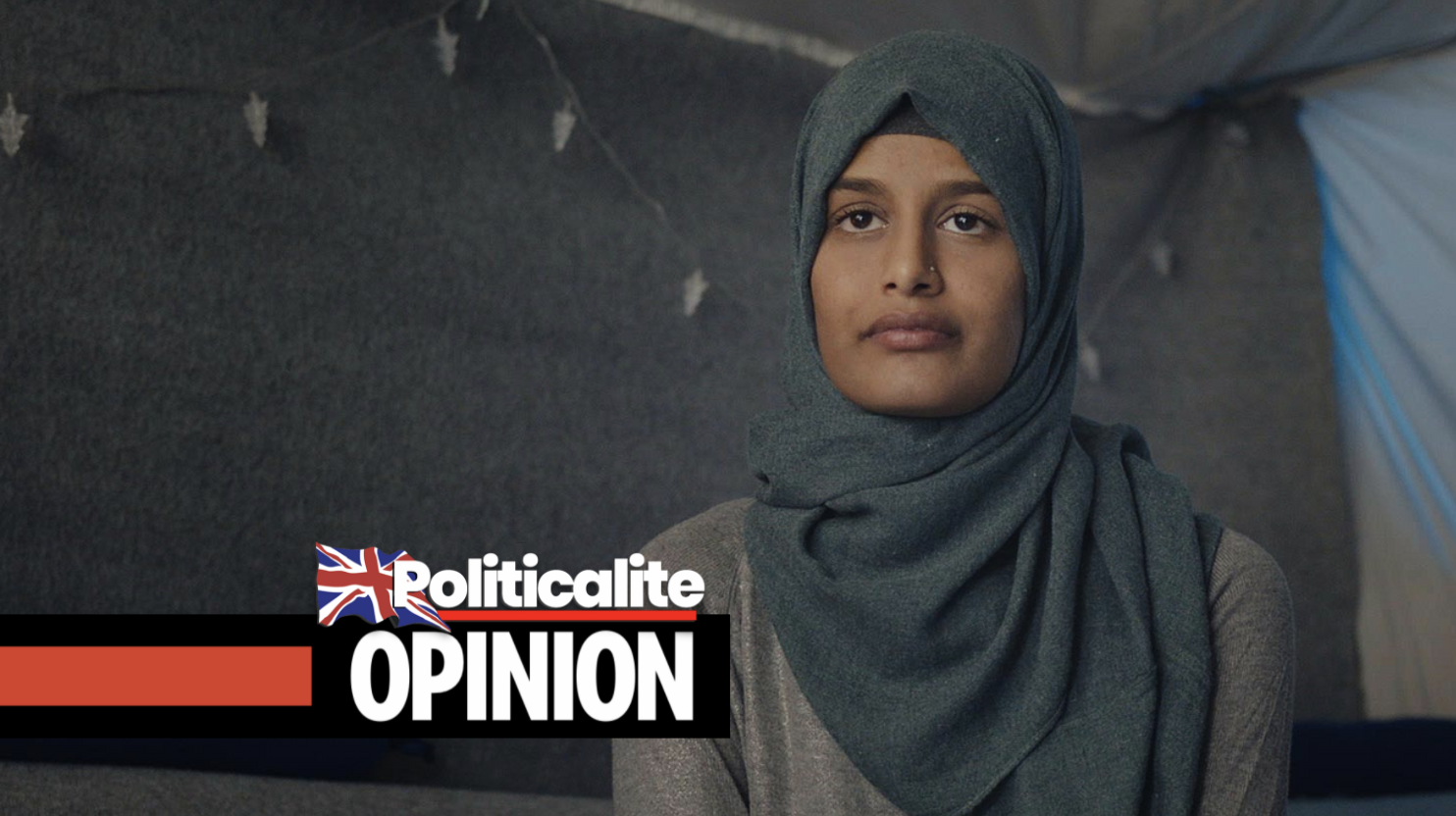 That is a question that has reared its ugly head again following the release of a new documentary called The Return: Life After ISIS, of which focuses on several ISIS brides in a refugee camp in North Eastern Syria, including Begum.

On a side note, the documentary itself isn’t very good – beyond being boring and badly structured, its gravest sin is to portray the various wives involved as sympathetic victims, of who simply had bad childhoods and were brainwashed by social media, and deserve to come back to their home countries, as opposed to wicked human beings with their own sense of agency and being.

At several points, it acts like the countries refusing to take them back are cruel and heartless – a sentiment no better displayed than by a section whereby a Kurdish help worker’s father claims that such countries are motivated by ‘revenge’ or the end section which allegedly shows them ready to go back and fighting worthy legal battles to do so.

The fact that only one shows genuine remorse and their kids are already radicalised makes such a case far less convincing. It is so hagiographic of these women, it borders on being a real-life version of the infamous ‘The Real Housewives of ISIS’ BBC sketch, without the intentional laughter.

For Begum herself, it also takes this line – she is similarly shown this way, not as a radical jihadist with no remorse, but as someone who was the victim of her bad upbringing, and was dumb and young when she joined. She also negates any responsibility for her past behaviour and comments, instead blaming ISIS pressure and the British media for such misgivings happening in the first place.

The fact that those behind the camera don’t challenge her on any of this, let alone her other alleged behaviour is worrying, and it amounts to the least convincing down-to-earth interview of a clear extremist since Varg Vikernes in the 2009 black metal documentary When The Light Takes Us.

But on the subject of why the British left supports her – of which this documentary is only one small part of – the question remains; why? Why would the British left back someone like this and her demands to return to the UK, given not only her well-documented past, but how genuinely unpopular she is across the country, regardless of political affiliation?

Unfortunately, the answer is quite obvious, if you know where to look.

In Edward S. Herman and Noam Chomsky’s Manufacturing Consent, of which examines the systematic media bias in the United States of America, one reason they give for such a problem is the idea of ‘Worthy and Unworthy Victims’.

In their words, this means that:

‘A propaganda system will consistently portray people abused in enemy states as worthy victims, whereas those treated with equal or greater severity by its own government or clients will be unworthy.’

In Begum’s case, this is very true for much of the left-wing British media. They sympathise with her mainly due to her background. To steal a phrase from Dave Rubin, there is an ‘oppression Olympics’ when it comes to her, with many of her character traits – being female, a Muslim of an ethnic minority, young and from a poor background in the East End of London – make her far more of a worthy victim than say, a genuinely reformed working class white lad from South Yorkshire who joined a far-right group or political party due to his anger with problems with immigration, deindustrialisation and grooming gangs in his hometown, and them being ignored. For these people, Begum is a worthy victim of the supposedly racist and Islamophobic establishment whose actions pushed her to ISIS and are now not letting her back, whereas the latter example is an unworthy victim of the actual liberal elite that they represent, so they support her without question instead.

For much of the broader left meanwhile, while they support her because of those characteristics, others do it for more cynical reasons, due to the religious aspect. For much of the radical left, they are sympathetic to Islamist extremists like Begum, as they support their plans for revolution against a system they hate. To quote Socialist Workers Party representative Chris Harman, it is a case of ‘With the Islamists sometimes, with the state never’ for these people, as they could use these Islamists for ‘progressive purposes’ without fully supporting them, a truly cynical mindset if there ever was one.

For much of the moderate left and their liberal counterparts meanwhile, given that many are simply either too scared or too distant to criticise Islam, let alone its more radical and fundamental sects, there would be no chance of them criticising someone like Begum. It also explains why they happy to dismiss concerns about radical Islam and its root causes after every terrorist attack committed by its foot soldiers as ‘racist’ or ‘Islamophobic’ as well.

Others meanwhile may simply be sympathetic to her plight and her explanations for past wrongdoings, and legitimately feel that it is right to help out. Given that they are so fake and manufactured – especially in this documentary where everything feels so staged that it either belongs in a movie, or is done by a professional PR team – they are far more akin to a sob story from a Simon Cowell reality TV show, not a genuine display of sorrow for past actions.

Thankfully however, this is at least one line the government is holding firm on. While much of the British establishment’s attitude and responses to radical Islam post 9/11 has been undermining our civil liberties at best and woefully weak at worst, removing Begum’s British citizenship wasn’t one of them, and at least finally showed that future governments are ready to take the issue and its causes seriously.

And while Begum’s story probably won’t have a happy ending, it shows once again how out of touch the British left are by backing her at all, and The Return: Life After ISIS is a greater testament to that than most others can afford to be.