REPORT: Government allowed issues of Muslim integration to be "swept under the carpet" for decades
Advertisement 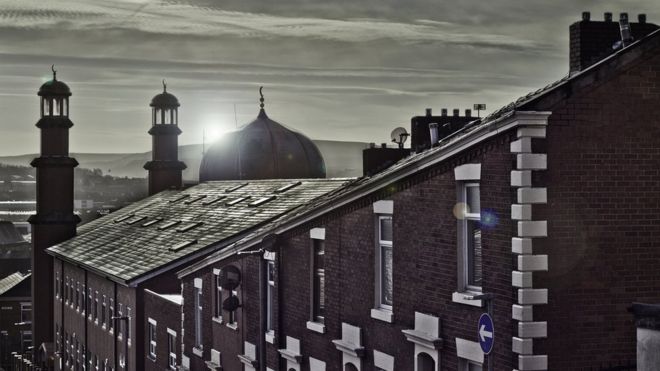 THE FAILURES of Muslim integration were ignored by successive past Governments for decades according to a report.

Theresa May was told that past Governments had taken “the easy path when confronted with the difficult issues of terror and community cohesion.”

In 2015, then Prime Minister Cameron and Home Secretary Theresa May commissioned Dame Louise Casey to look into Britain’s divided and often deprived communities.

The report issued fairly frank findings and warned the then Prime Minister and Home Secretary May that the contents of the review would be hard to read.

The review looked particularly into communities in which there were high concentrations of Muslims of Pakistani and Bangladeshi heritage and looked at community cohesion – and its failures.

It warned the PM that “None of [the contents of the report] is easy. But too many leaders have chosen to take the easier path when confronted with these issues in the past – sometimes with good intent – and that has often resulted in problems being ducked, swept under the carpet or allowed to fester.”

The report warned of immigration and looked at the extent in which people from different backgrounds mix and get on together and looked at how communities, ethnic and faith groups in particular – have fared economically and socially; and some of the issues that are driving inequality and division in society; and it makes recommendations on what we should do next in a
new programme to help unite Britain.

It found that Britain’s population had risen by 4.1 million and more than half of that growth was due to immigration and warned that segregation in areas like Blackburn and in 24 other wards in 12 local authority areas had more than 40% of the population identifying themselves as being of Pakistani ethnicity; up from 12 wards in 7 local authorities in 2001.

The report confirmed what many locals already knew… that Muslims tended to live in higher residential concentrations with Blackburn, Birmingham, Burnley and Bradford included wards with between 70% and 85% Muslim populations.

The report even admitted that Muslims and some other minority faith groups or indeed other minority sections of society expressed less progressive views, for example towards women’s equality, sexuality and freedom of speech.

and check out this, the report blatantly told the people in the positions of power that too many public institutions, national and local, state and non-state, had “gone so far to accommodate diversity and freedom of expression that they have ignored or even condoned regressive, divisive and harmful cultural and religious practices, for fear of being branded racist or Islamophobic.” in other words, Political Correctness failed Britain.

This has not helped the communities which many well-intentioned people in those institutions have wanted to protect; more often it has played straight into the hands of extremists.

For the last fifteen years, successive Governments have commissioned many reviews of community cohesion and even developed strategies to improve it – but failed to implement them.

Cohesion and integration plans weren’t implemented with enough force even allow allowed to be weakened.

Programmes and projects followed the easier paths, talking up the ‘positives’ but not addressing the ‘negatives’.

The Government was warned that they relied on inter-faith groups and faith leaders to take the initiative in dealing with many of the challenges but lacked the courage to set the values and standards they wanted the nation as a whole to uphold and unite around.

Public institutions even stepped back and let these groups attempt to undermine efforts to prevent terrorism and further alienate the communities they needed to engage and protect – whether that is from terrorist radicalisers, perpetrators of violence and hate, criminal gangs or groomers intent on exploiting and abusing
vulnerable people.

Britain lost sight of its expectations on race-relations and integration lacking the confidence in promoting it.

Extremists are using Faith Schools to “indoctrinate” youth according to Ofsted

ARE MUSLIMS TAKING OVER CHRISTMAS? Find out why Mosques are lit up in festive lights this December