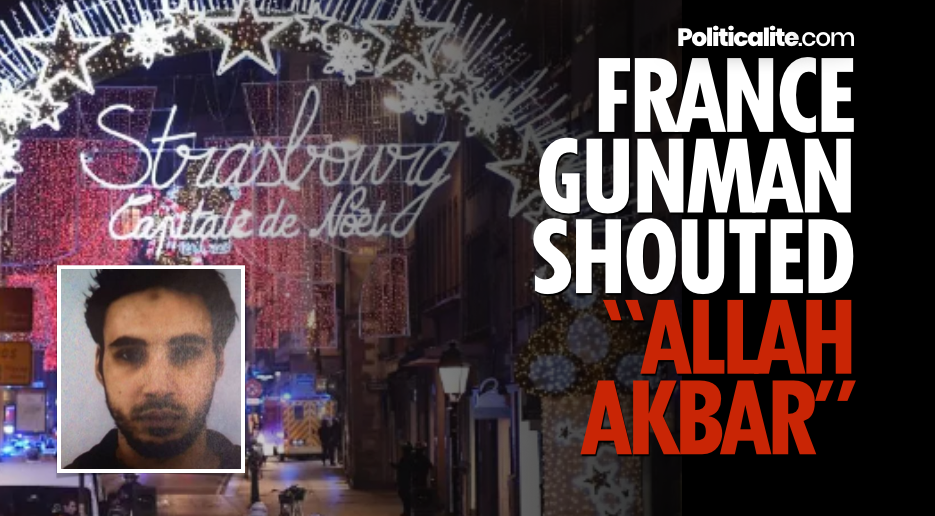 A TERRORIST who shot dead three and injured 12 at a French Christmas Market was a Muslim extremist known to French security services.

“Considering the target, his way of operating, his profile and the testimonies of those who heard him yell ‘Allahu Akbar’, the anti-terrorist police has been called into action,” Heitz said Wednesday.

Terror police and soldiers cornered the shooter in a shop after the bloodbath but he slipped through the net after he hijacked a taxi at gunpoint.

The Sun reported: “The 29-year-old gunman – partially named by police sources as Cherif C – is still at large despite a massive police operation.”

More than 600 police and soldiers are hunting the 29-year-old suspect – named by police sources as Cherif C.

A terror investigation has been launched and the city is on total lockdown.

France has raised its threat level to ‘attack emergency’ – its highest level – after the shooting.