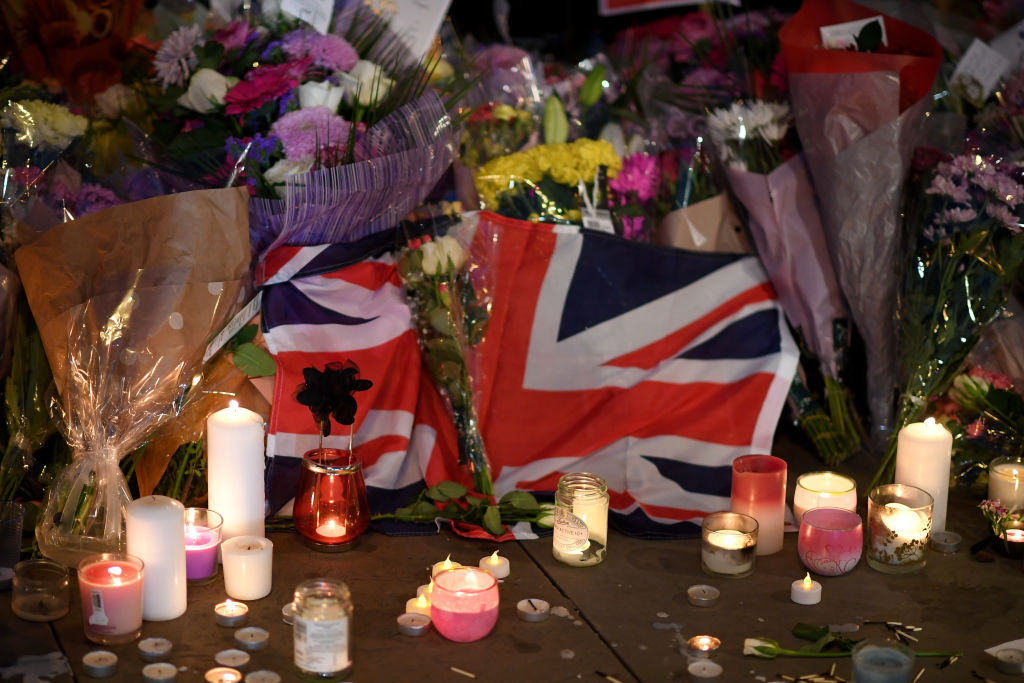 MANCHESTER, ENGLAND - MAY 23: Members of the public attend a candlelit vigil, to honour the victims of Monday evening's terror attack, at Albert Square on May 23, 2017 in Manchester, England. Monday's explosion occurred at Manchester Arena as concert goers were leaving the venue after Ariana Grande had just finished performing. Greater Manchester Police are treating the explosion as a terrorist attack and have confirmed 22 fatalities and 59 injured. (Photo by Jeff J Mitchell/Getty Images)
322
SHARES
Share Tweet

EUROPE faced 205 foiled, failed and completed terrorist attacks in 2017 according to a new report by Europol and the statistics show a sharp rise in Islamist terror on European soil.

68 innocent victims lost their lives and 844 people were injured as a result of Islamist terror attacks across the European Union and even though the number of casualties decreased last year, the number of attacks on European soil did not. The number of jihadist-inspired attacks more than doubled.

“The numbers in this report are not just statistics. We must never forget that behind every number, there is an innocent victim. It therefore goes without saying that supporting Member States to combat terrorism will remain a top priority for Europol. To fight terrorism, it is essential to have optimal information exchange and accurate data”, said Europol’s Executive Director Catherine De Bolle.

975 individuals were arrested in the EU for terrorism-related offences, Most of these arrests were related to jihadist terrorism, for suspicion of participating in activities of a terrorist group; planning and preparing attacks; and facilitation activities such as dissemination of propaganda, recruitment and financing of terrorism.

“Terrorism will continue to be a threat for the world, Europe, our citizens, our security and our way of life for the foreseeable future. Last year, while jihadist-inspired attacks increased, so did our preventive actions – with at least 11 attacks foiled. This is the strongest testament to the necessity of working together to defeat terrorism. Europol’s annual report leaves no doubt that the problem affects all of us equally, and we can only address it with collective action, unity of purpose, and above all trust. A genuine and effective Security Union in Europe is the surest way to tighten the screws on terrorists until they no longer have space to commit their atrocities”, added Dimitris Avramopoulos, European Commissioner for Migration, Home Affairs and Citizenship.

“As this latest EU Terrorism Situation and Trend Report shows, Europe continues to be a target for terrorism – we need to keep our collective eye on the ball, and strengthen our efforts at EU level to deny terrorists the means they need to carry out attacks including arms, explosives and funding; work on evolving areas such as CBRN threats; and continue to tackle radicalisation and all types of violent extremism”, highlighted Julian King, European Commissioner for the Security Union.

More details and context can be found in the report itself. The report highlights some of the main trends.

The report also added that the fall of the so-called Islamic State’s (IS) does not imply a reduction of the threat of jihadist terrorism.

Terrorist activities in the EU ordered, guided or inspired by IS, al-Qaeda or other jihadist organisations remain a real possibility.