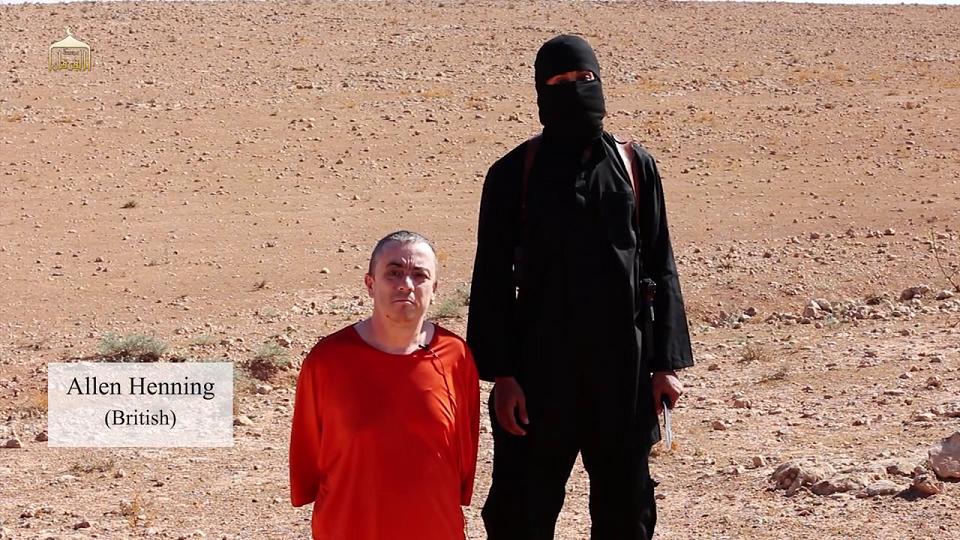 MOHAMMED Shafiq of the Ramadan Foundation who was invited to Parliament by Commons speaker John Bercow last Tuesday for an Iftar dinner to celebrate Ramadan has been embroiled in another scandal.

Politicalite can today exclusively reveal that Shadiq defended an Imam that was later arrested for child abuse via a group allegedly linked to the murder of a British Aid Worker.

Last Tuesday we revealed that Mr Shafiq defended and praised Imam Abdul Rauf, 52 who was charged with two section 47 assaults against two boys aged 10 and 12 and 19 charges of section 39 assault against unidentified children. 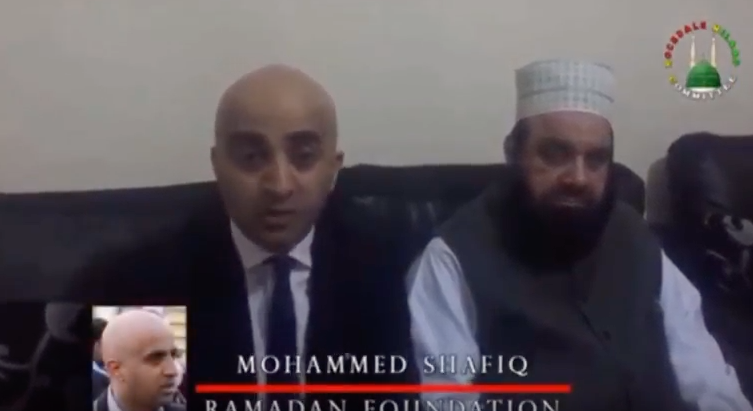 Mohammad Shafiq and Imam he defended

Shafiq reportedly posted the video to a Facebook group for the Milaad Committee in Rochdale and in the video, he sat next to the Imam and described him as a “Great man who wouldn’t hurt children” in an attempt to shut down criticism of the local Imam through cries of Islamophobia.

Weeks later, Abdul Rauf was charged with two section 47 assaults against two boys aged 10 and 12 and 19 charges of section 39 assault against unidentified children.

Following the exclusive story last week, we came across more details about the Chief Executive of the Ramadan Foundation. – for legal reasons we have had to leave out many parts of the information – as we have not yet verified the details.

What we can say is that the group Mr Shafiq used to defend the Imam called the “Milaad Committee” was allegedly linked to the murder of a British aid worker in Syria.

A source told Politicalite that the same committee is allegedly indirectly linked to the murder of Alan Henning in Syria and Imam Abdul Rauf was the chairman of the Milaad Committee.

Al Fatiha global was the Syrian Aid charity Henning was driving for when captured. They were given oversight by the Milaad Committee in Rochdale.

Waheed Ahmed, 21, the son of Rochdale Labour councillor Shakil Ahmed was arrested with eight relatives – including four children – in a remote Turkish border town on the border with Syria. He was working for Al Fatiha global and attended the Mosque ran by Imam Abdul Rauf, who was defended by Mohamed Shafiq.

A source told Politicalite that “Qari Abdul Rauf Naqshbandi is allegedly an ISIS recruiter in Rochdale and Mohammed Shafiq is often available to issue condemnations for any of these events.” 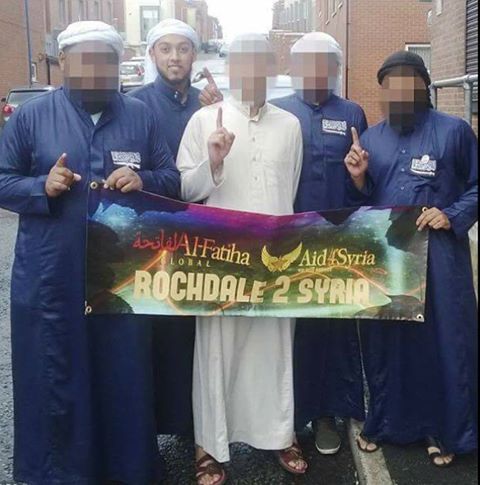 In the photo above is Cllr Ahmed’s son not blurred and The other men are doing a one-fingered ISIS salute, one is Abdul Rauf and one of the other men pictured is Mohammed Hussain Syeedy

In 2016 Syeedy murdered fellow Muslim Jalal Uddin in a Rochdale children’s play area. Manchester Crown Court heard he hated the imam’s practices and he was jailed for life with a minimum term of 24 years.

When Imam Uddin was murdered on the streets of Rochdale last summer by Syeedy, Mohammed Shafiq went on Sky News to say how frightened his community was as they feared a far-right extremist had done this and their mosques and streets needed extra police presence.

Greater Manchester Police even made a press conference to ask the community to remain calm and if this was a far-right extremist they would be found. No apology was given when it transpired he was killed by another Muslim.

Shafiq is still used as a contributor on BBC Radio Five Live. We contacted the BBC for comment on why they continued to use Mohammad Shafiq on air, the BBC told us: “Mr Shafiq is one of a range of contributors to BBC 5 live.”

A TALE OF TWO MPs: Jeremy Corbyn has a problem with Grooming Gangs, he simply wont speak about it