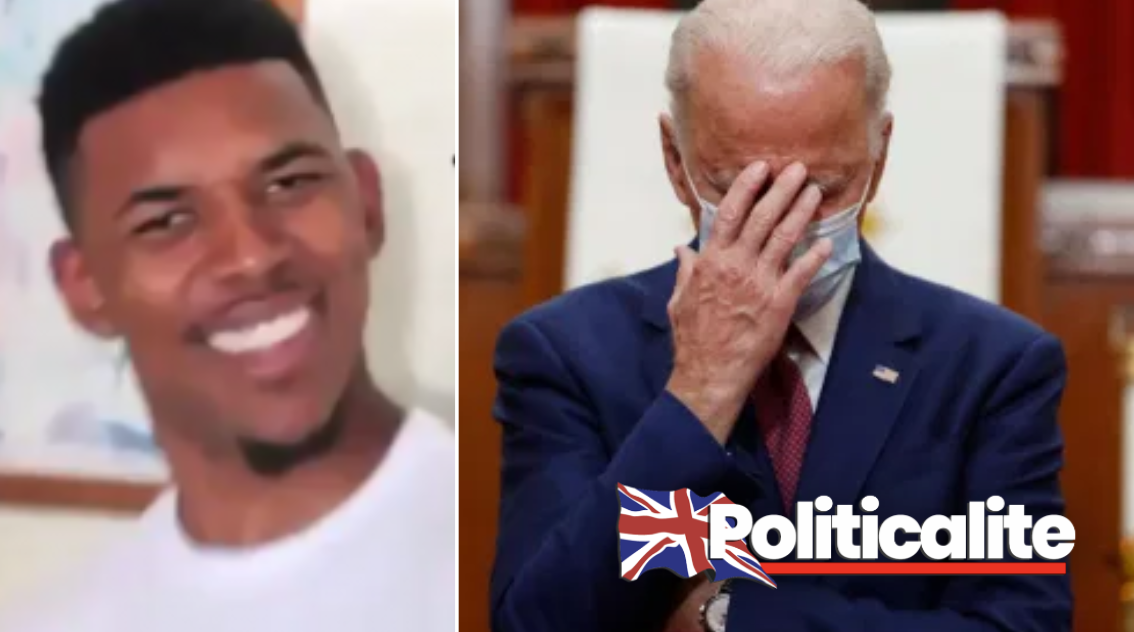 During one of his various campaign livestreams, Democratic nominee Joe Biden insinuated that black people, with ‘notable exceptions’ all think alike’, leading to much controversy online.

In the livestream, when asked a question by a female Latina reporter from National Public Radio, he responded by stating that ‘what you all know, but most people don’t know, unlike the black community with notable exceptions, the Latino community is an incredibly diverse community — with incredibly different attitudes about different things’.

When suspected white supremacists get older, they lose their ability to filter their thoughts. So they express their real racist views.

Joe Biden said:
“Unlike the African-American community, with notable exceptions, the Latino community is an incredibly diverse community"

This led to much uproar online, most notably with Team Trump, President Donald Trump’s campaign team, of who called Biden’s comments ‘disgusting’. Republican Party chairwoman Ronna McDaniel called his comments ‘shameful’, while rapper Zuby noted that he jokingly updated his Twitter profile to include ‘notable exception’, as that is what Biden has stated. President Trump also weighed in, noting that Biden may have ‘lost the entire African American community’, and called Biden’s comments ‘a dumb thing to say’.

This follows on from a long line of other racist gaffes and actions committed by Biden, most notably stating if African American voters didn’t vote for him in upcoming Presidential election, they weren’t ‘black’ during an interview with rapper Charlamagne tha God on ‘The Breakfast Club’ show. This also includes his prior defence of controversial Senators, like former Democrats James O. Eastland and Herman Talmadge of Mississippi and Georgia respectively, both of whom were pro segregationists. The Presidential Election is set to take place on November 8th, 2020.