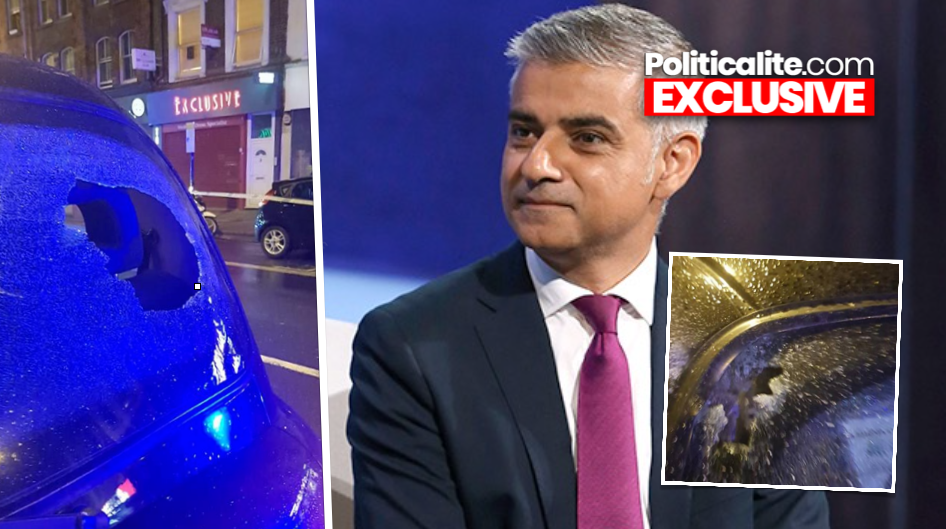 A BLACK Cab driver was left shaken last night as his taxi-cab was SHOT AT in Islington, whilst he was in the vehicle with a passenger, Politicalite can reveal.

Mike White posted shocking images on social media of the incident which revealed gunshot holes in the back of his cab window, his tyre.

He was sat in traffic on Essex Road when the shocking incident happened.

He posted on social media: “Lovely, sitting in traffic [and] suddenly 4 or 5 gunshots very close behind me.”

“One shattered back window, one flat tyre and a very lucky passenger. Police here in force.”

“No more work for me tonight. F*cking gangs!”

Mike hit out at London Mayor Sadiq Khan on Twitter and said: “Thank-you for failing on this city Mr. Mayor.”

“An hour ago my taxi was in the wrong place at the wrong time when gunshots rang out just behind me in Islington.”

Mike told Politicalite that he was unable to comment on the incident due to Police advice.

EXCLUSIVE: Man Arrested After STREET BRAWL in front of horrified onlookers in Kent