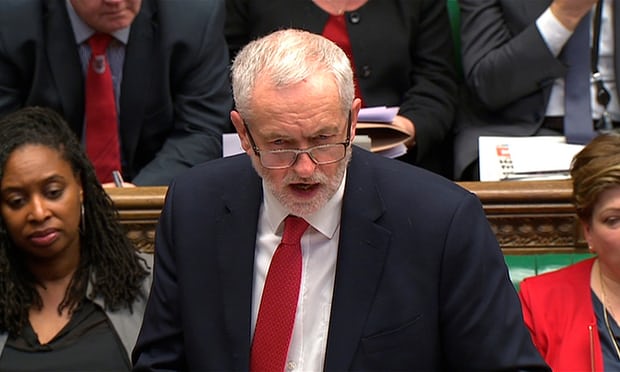 JEREMY Corbyn sided with Russia over Britain in the Commons today sparking a fierce row within the Labour Party, and bringing shouts of “shame” from the Conservative benches.

Mr Corbyn who was exposed as a former Soviet spy last month FAILED to condemn Vladimir Putin for allegedly directly ordering the the poisoning of former Russian spy Sergei Skripal and his daughter, Yulia.

Corbyn the repeated the line used by the Kremlin in the British House of Commons and said: “How has she [The Prime Minister] responded to the Russian government’s request for a sample of the agent used in the Sailsibury attack to run its own tests?”

He was then Bood by the chamber.

Corbyn’s spokesman Seumas Milne caused more damage by saying “I think obviously the government has access to information and intelligence on this matter which others don’t; however, also there’s a history in relation to WMD and intelligence which is problematic to put it mildly.”

“In relation to the second alternative explanation, in other words the loss of control of military-grade nerve agent, we highlighted today and we have done repeatedly, the dangers of mafia-like groups and oligarchic interests in London, and their links with elements within the Russian state, and that we need to take more firm action on that.”

Mrs May said she was “surprised and shocked by the spokesman for the leader of the opposition”.

As of tonight, a number of Labour MPs have gone against Labour and signed a letter accepting the statement by Prime Minister Theresa May. 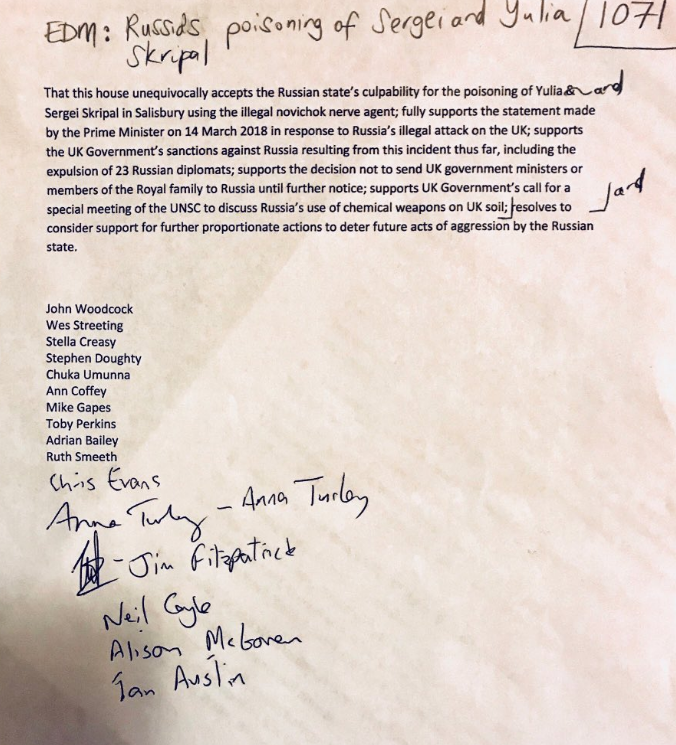 The letter read: “This house unequivocally accepts the Russian state’s culpability for the poisoning of Yulia and Sergei Skripal in Salisbury using the illegal Novichock nerve agent.”

A Labour source told Politicalite that shadow frontbenchers are considering resigning over Corbyn’s statement in the Commons.

POLL: WHICH SIDE ARE YOU ON?

JOE DENBY: Corbynism has colonised London’s Brick Lane and the irony is striking