Corbyn has DITCHED plans to reverse the benefits freeze.
Advertisement 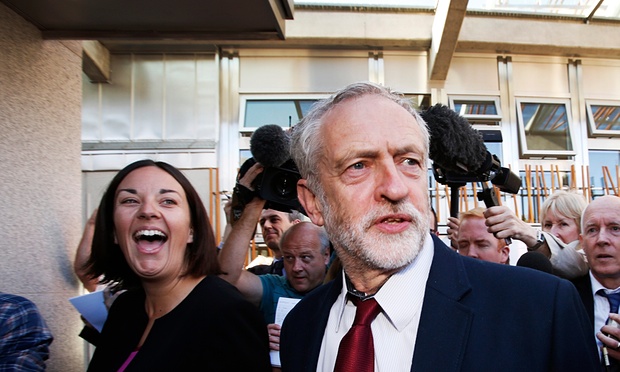 JEREMY Corbyn has DITCHED plans to reverse the benefits freeze.

Corbyn was visiting marginal seats in Scotland – were Labour was WIPED OUT in the 2015 election after a major swing to the SNP.

In the 2017 Election, Labour did not make any gains and THe Conservatives romped to victory in Scotland at a cost to the SNP.

The Labour leader was due to announce policy plans to reverse freezes on benefits.

Journalists were sent a briefing note stating that he would say: “We will lift the freeze on social security, using part of the billions we set aside for reform in our costed manifesto”.

But when Corbyn gave his speech in Scotland, He did not say the line.

This has called into question Labour’s plans for the cuts to working-age benefits such as housing benefit, jobseekers’ allowance and tax credits and for many, this has left a cynical taste.

People are now seeing it as an attempt to spin favourable headlines whilst ditching the policy – given that it will cost £3 BILLION a year, which was NOT accounted for in the election manifesto.

A Labour spokesman explained Mr Corbyn did intend to say the line and that the party was “confident” of delivering the policy if they form the next Government, which sounds a little less like a firm promise.

Welfare savings have generated questions for Labour under Jeremy Corbyn for months, and reveal some of the disagreements within the party.

Amina Lone: ‘I’ve been punished by Labour for speaking out’

Labour candidate DE-SELECTED after speaking out against Muslim grooming gangs