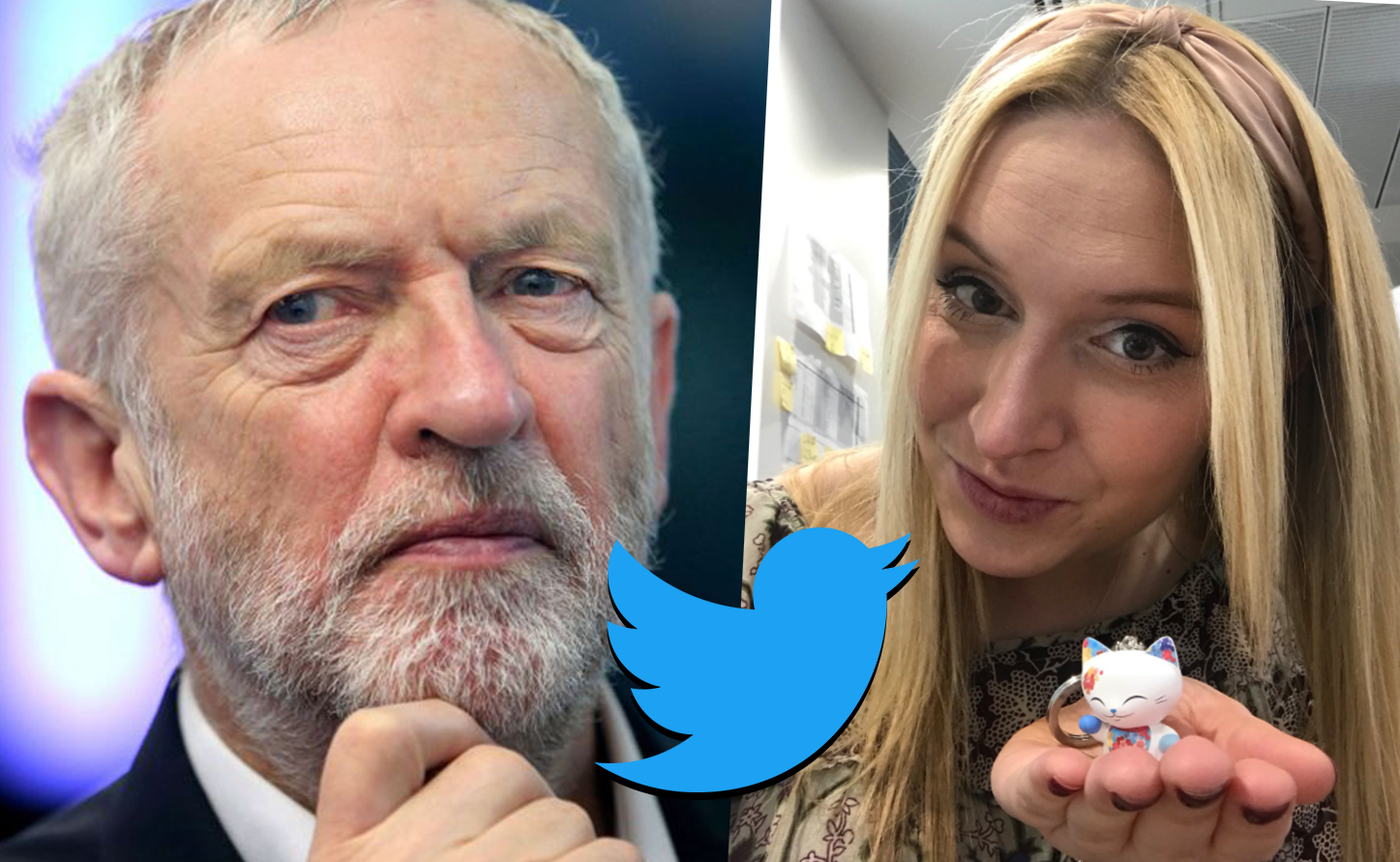 SICK Corbynista’s have been exposed as vicious trolls abusing a young female Tory activist on Twitter.

The Corbyn supporting sickos sent abusive messages after the activist criticised the Labour leader on Twitter.

Alice Terry, aged 29, told The Sun she was determined to say what she thinks online, even after the keyboard warriors said she should kill herself and that she should have a stroke “like Margaret Thatcher”. 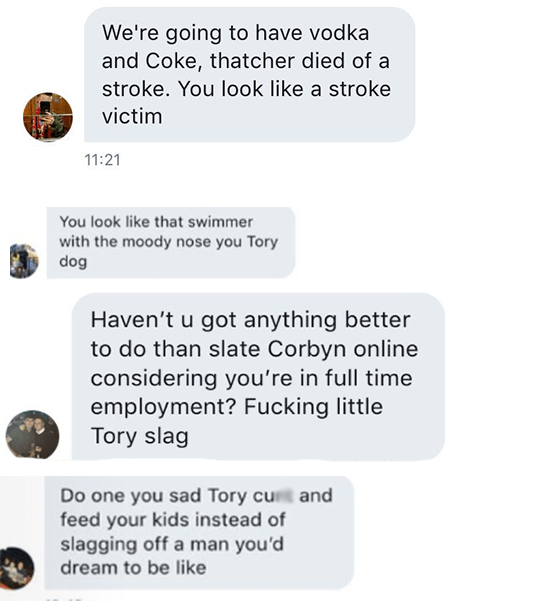 She said: “The worst ones have been to kill myself, which are awful, especially as I have anxiety.”

Alice said she felt compelled to speak out about Mr Corbyn as he’s peddling policies he can’t deliver and targeting the young because they are more naive.

She said: “He tries to bring in all these young people but they don’t have a lot of experience in the adult world… I think he plays on that.

“Corbyn’s cult are really quite angry and they don’t listen to reason.”

Alice said: “I don’t think he’s as nice as he comes across. In the last two weeks he’s showed himself to be not a very nice person.

“He’s a member of all these anti-Semitic groups and he hasn’t really apologised. He doesn’t want to admit that he’s wrong.”

But the backlash has seen people tell her “to have a stroke like Margaret Thatcher”.

“And a lot of people say they hope I get a disability. My father has Parkinsons too, it’s a horrible thing to say,” she added.

People have photoshopped her tweets to look like it said the Tories hated the elderly, and called her evil. 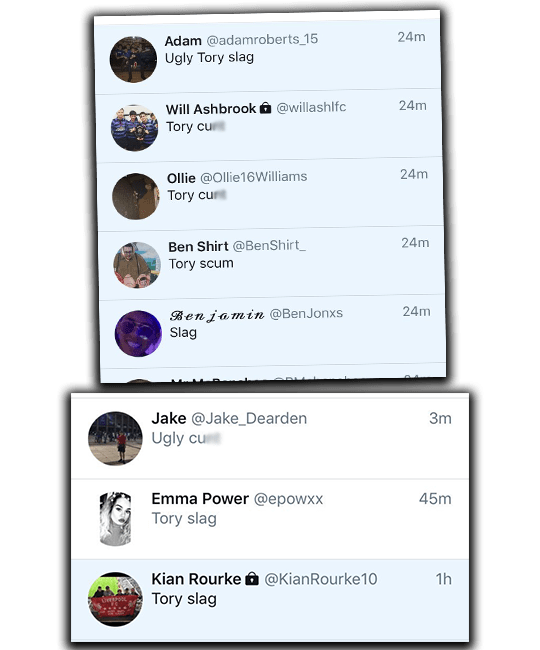 Alice, who describes herself as a “bloody difficult woman”, a phrase about Mrs May coined by Tory Ken Clarke, works as a planner for a supermarket in London – and says she gets a lot of stigma for being a Conservative in the capital.

“People have sent me messages saying ‘be careful’. said Alice.

“I know they are complete strangers but it’s awful feeling like you can’t have your own opinion online or you’ll get threats.

“It’s always stuff about your appearance from the girls, or guys who say you’re a wh**e”, Alice said, admitting it was an easy shot for online trolls to make fun of her nose.

“It does get to me, I do feel intimated,” she admitted.

“Calling someone a s**g is a bit immature, it’s like what you used to say at school,” she added.