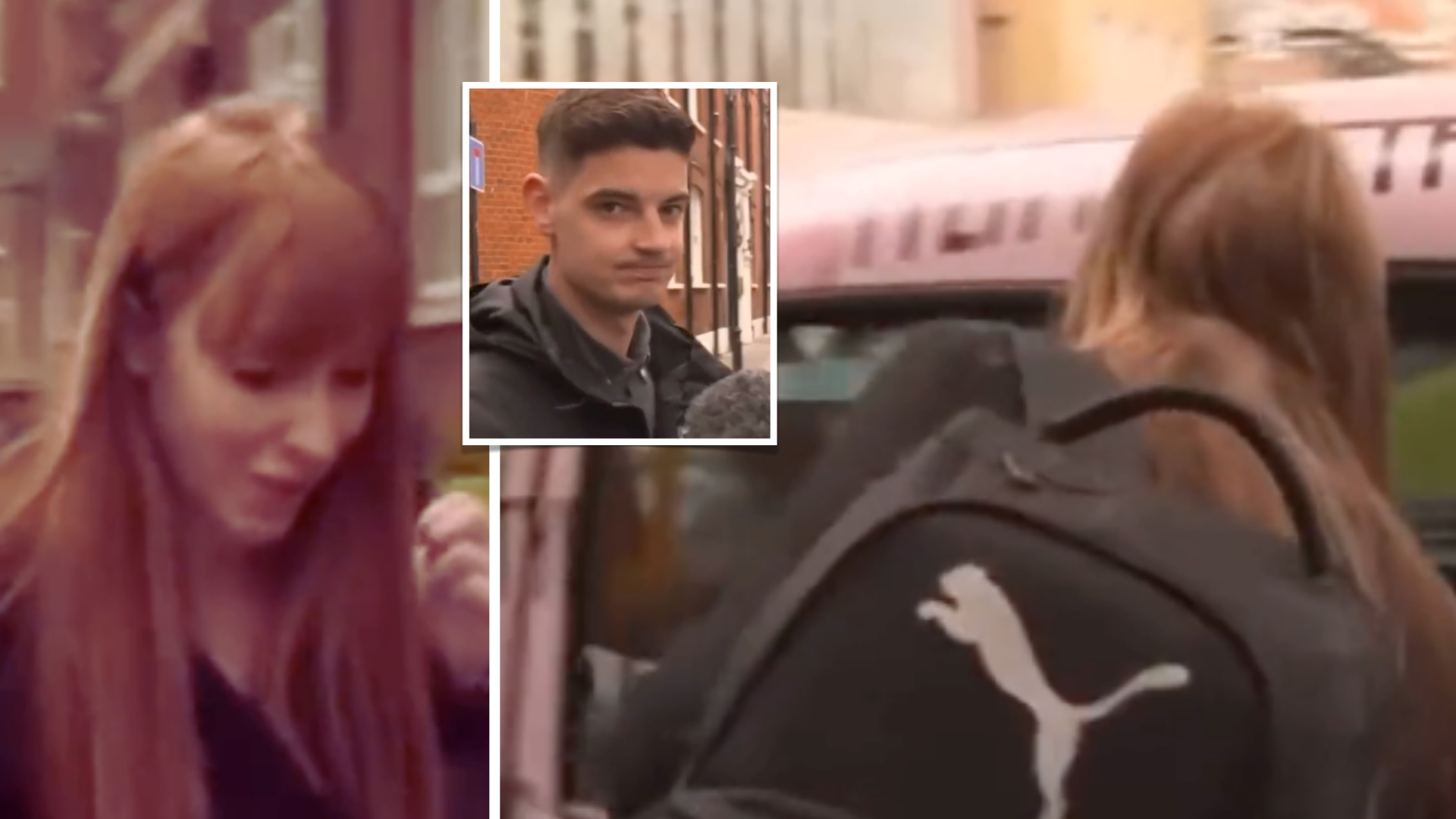 ANGELA Rayner ran away from a GB News grilling over claims it was her who had drunkenly leaked the Basic Instinct story that caused a storm after an unnamed Tory MP was accused of the claims.

Dan Wooton Tonight producer and former Sun journalist Ben Leo attempted to question Randy Rayner on the claims – and also the Durham Beer-gate row, but she ran away and jumped in a black cab.

She rudely snapped back: “I haven’t got time for you!” when asked whether she could clarify whether the Commons conversation about her Basic Instinct ploy had happened and slammed the cab door. Poor little thing.

She said: “No” and ran in a Taxi whilst being grilled if she had had curries, and if so why it took so long for her to admit she was there.

Dan Wooton hit back at Rayner by asking “what is it about the Labour party answering valid and honest questions from GB News?”

Two Labour MP’s including Rupa Huq and Rayner have run away from questions – amid local elections.

Do these MPs not think the electorate has a right to hold them to account? Seems not.