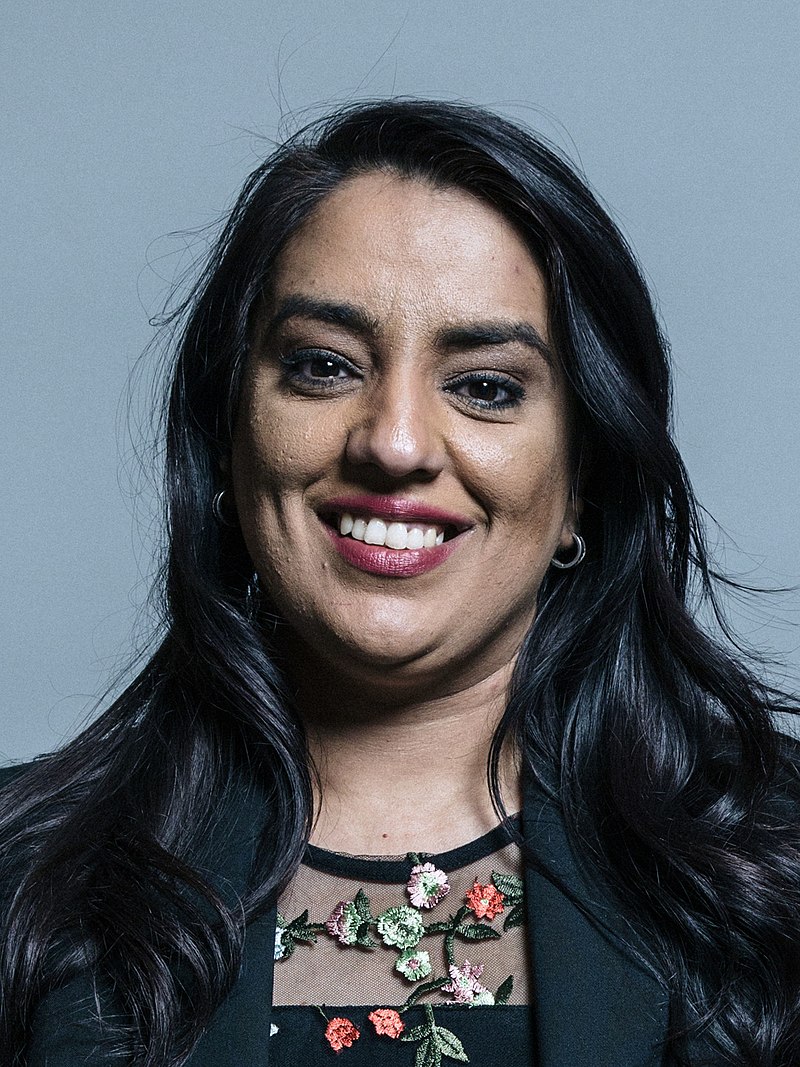 A LABOUR MP has sparked OUTRAGE after retweeting a tweet calling for Rotherham’s victims of grooming gangs to ‘Shut their mouths’. 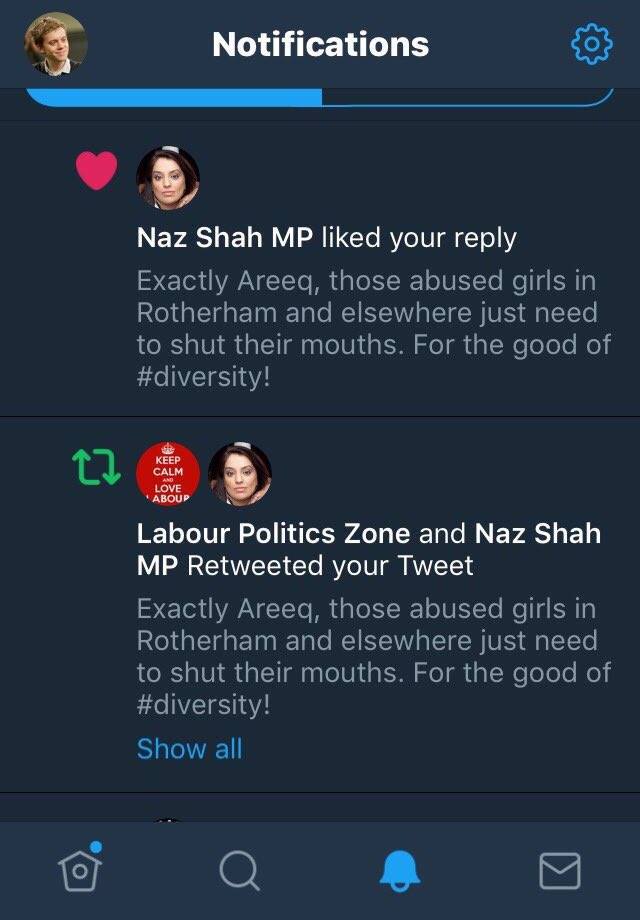 The Asian MP who represents BRADFORD WEST in Parliament clearly agrees with the tweet and this brings into question her judgement. 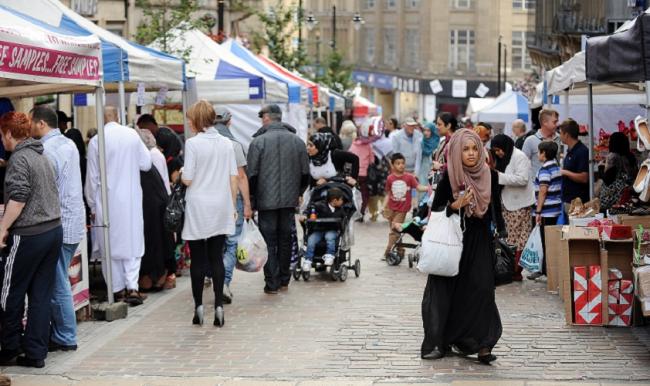 This comes days after Jeremy Corbyn FORCED out Sarah Champion for calling out Muslim grooming gangs in an article in The Sun newspaper.

Sarah Champion, a Labour MP from Rotherham – wrote an honest and real article on Muslim grooming gangs that are one of societies biggest ills. 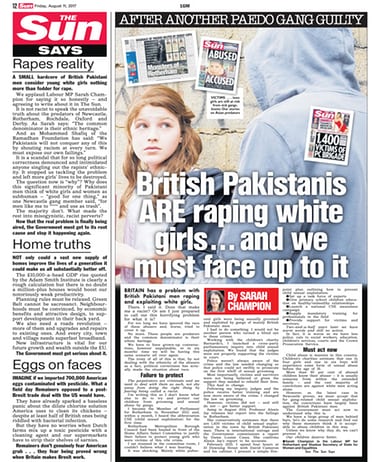 The article’s headline ‘British Pakistanis ARE Raping white girls – we must face up to it’ triggered Jeremy Corbyn so much – that he reportedly made Sarah Champion resign from her position as Labour’s shadow equalities minister.

There has been a slurry of recent high-profile grooming cases in Rotherham, Rochdale and Newcastle and Shah’s retweet is bound to cause outrage.

It makes people wonder, are these the views of the Muslim community?

Naz Shar is a role model in her community and actions such as these do NOTHING for potential victims of sex abuse by Muslim grooming gangs.

It reinforces the claim that white girls are just good for one thing, and it’s ok for them to have to shut their mouths about repeated and systematic abuse. 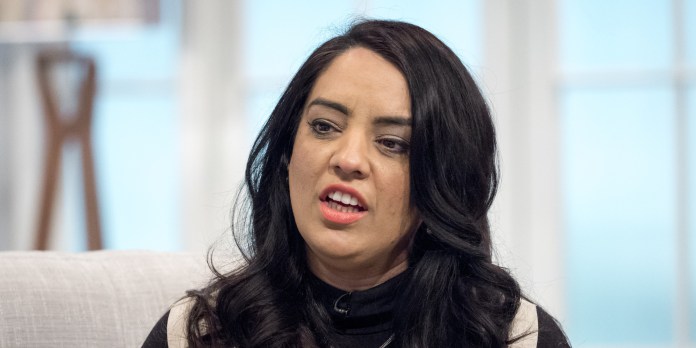 All of these cases have happened in Labour run Towns and cities and if these are the views of a Labour MP, it may show us an insight into the views of Labour run administrations up and down the land.

Shah’s retweet is a pure insult to anyone who has been affected by Muslim grooming gangs.

Politicalite is joining the calls for Ms Shah to do the resign from Parliament.

The petition has already reached 30,000 signatures.

No10: We are confident about the next phase of Brexit