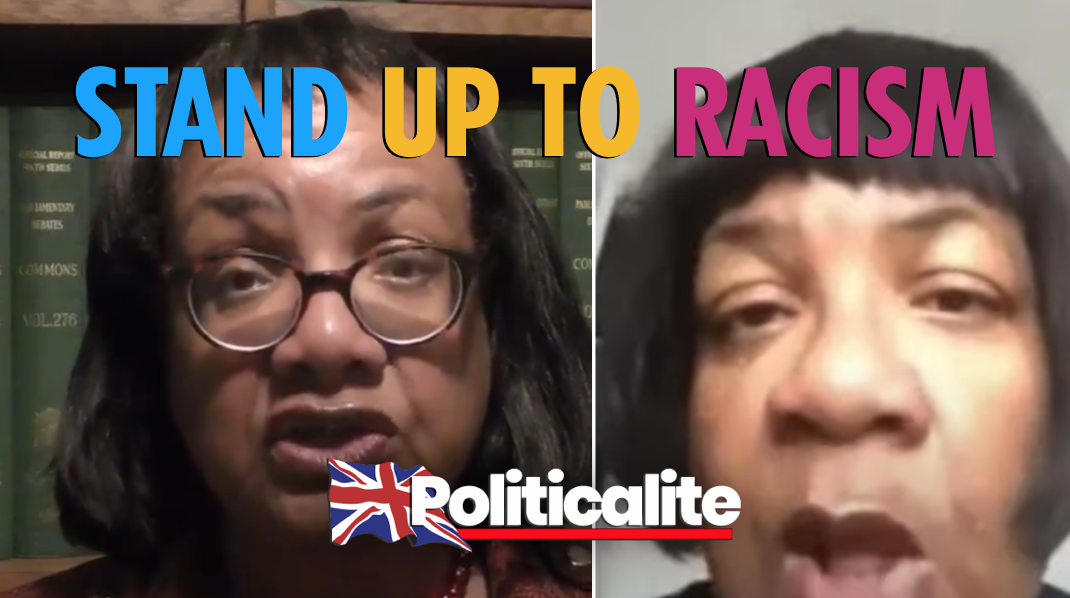 DIANE Abbott has once again been caught making racist comments about white people – following on from her infamous ‘white people’ statement.

Among those active on the call was Faiza Sheheen and Zarah Sultana – a semi-marxist currently under suspicion after winning her parliamentary seat with the smallest majority in the UK, and allegedly ‘benefitting’ from dubious local voting methods.

Arguing that Labour’s leaked report proves the racist point she made eight years ago, Abbott told them:

“We need unity between black, Asian, minority ethnic, and Muslim people – we need the maximum public show of unity. Because time after time in the past 32 years I’ve seen efforts of people to organise disrupted by white people playing the ‘divide and rule’ card, and this time we can’t allow that to happen”.

Racism against white people has risen significantly over the past half a decade – with many far-left politicians, celebrities, and even Congresswomen going unpunished for making extreme and bigoted remarks based on skin colour and their clear disdain for the world’s white population.

Abbott has so far failed to comment further on her despicable outburst.