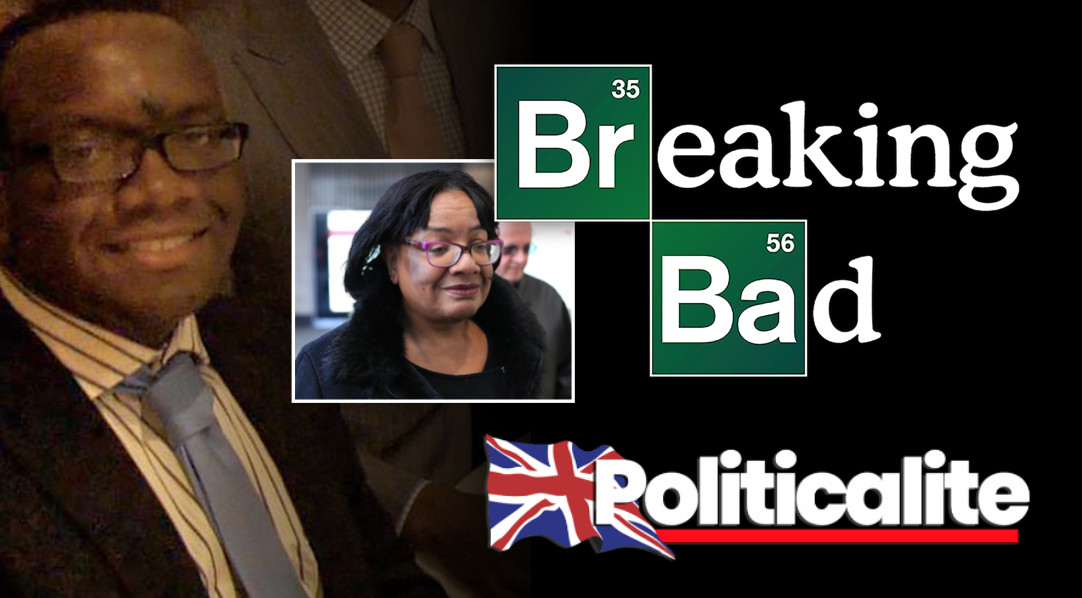 AS DIANE Abbott’s diplomat son awaits sentencing in July, further shocking details have been revealed as to the nature of his offences.

After becoming addicted to crystal meth, James Abbott-Thompson lost his respectable embassy position and went on to threaten his mother with a pair of scissors before attacking nine emergency workers.

Terrified over the threat, Dianne Abbott contacted police and begged for help as her son chased her around the house while claiming that he had a gun in his dressing gown.

After biting an officer who arrived at the scene, Abbott-Thompson was sectioned under the Mental Health Act, with the diagnosis being that he had drug-induced psychosis.

Methamphetamine is a potent central nervous system stimulant that is mainly used as a recreational drug and less commonly as a second-line treatment for attention deficit hyperactivity disorder and obesity.

Common reported side effects experienced by users of the drug that is slowly filtering into the UK from the US, where meth addiction has spiralled into a pandemic, including weight loss, delusions, violent mood swings, psychosis, and even death.

After being admitted to a secure mental health facility, Abbott-Thompson violently beat up two nurses, a doctor, a therapist and four police officers. Three of his victims were female.

Diane’s son has since pleaded guilty to 16 offences, including spitting and indecently exposing himself. His offences took place over a turbulent six-month period, which now possibly explains why his Labour MP mother did not make many public appearances during this time. 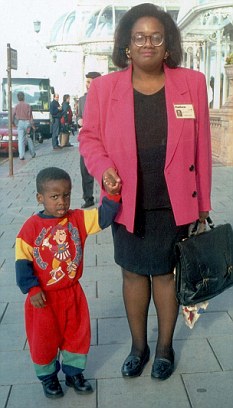 The Cambridge University graduate, 28, was once tipped to lead a sparkling career in the Foreign Office, yet when stationed in the British embassy in Rome, he is said to have become hooked on the highly addictive crystal meth.

During his prolonged episode of violence, James attacked a second police officer at Homerton Hospital, and also a so-far unidentified male.

A few days later he brutally beat up up a doctor at Mile End Hospital, assaulted a female nurse at the Royal Free Hospital, and punched another man.

It was also during his stay at Homerton Hospital that, on November 7, that he racially abused a nurse, assaulted her and smashed her glasses.

The next day he attacked ANOTHER policeman, before assaulting a further two officers outside the Foreign Office in November.

Abbott-Thompson turned up unannounced at the embassy in London where he had previously worked and asked to see a member of staff he knew.

When told they were not present, however, James flew into a rage with workers who were forced to call the police when he refused to leave.

Abbott-Thompson punched and spat in the face of one officer and tried to hit a second, biting his left thumb.

He also made a number of threats, wrecked a glass plaque and assaulted a third man.

The final attack was on December 23 when he hit a therapist in a hospital canteen with a tray.

Some of his attacks have caused significant injuries – including one on a security guard who had to have six months off work after Abbott-Thompson had claimed to be HIV positive and that the victim was at risk of contracting the disease.

Judge Aaronberg QC has made an interim hospital order while psychiatric reports are prepared, and it is believed that Abbott-Thompson is still watched-over in hospital.

In an earlier hearing, George Gross, defending, said his client could be suffering from a personality disorder or psychotic illness and that ‘drug use has contributed to the problem’.

He is due to be sentenced in July.