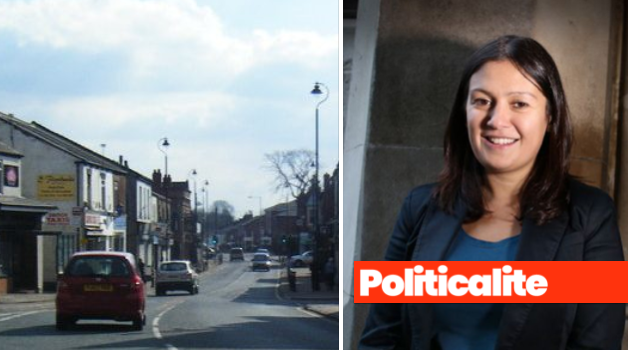 A WIGAN MP has been criticized after she claimed more than £1m in expenses despite failing to represent her own constituents in regards to Brexit.

Lisa Nandy MP, a privileged Champagne Socialist and daughter of a millionaire cultural Marxist was University educated before taking an internship in an MP’s office, she has reportedly never even had a real job, and now she’s defying the voters of the Northern Lancashire town.

She is the perfect example of how Westminster lost touch with working-class Britain and why some 17.4m voted to leave the EU.

During the referendum of 2016, Wigan voted overwhelmingly to leave the European Union. 63.9% of the electorate voted to cut ties with the political union with 104,331 voters voting in favour of leaving the bureaucratic dictatorship. The turnout was 69.2%

It is the duty of an elected MP to carry out the democratic wishes of their constituents but Labour MP for Wigan, Lisa Nandy, 39, like many other MP’s up and down the country is NOT doing that.

She is openly standing against her constituents, she is trying to subvert Brexit and completely disregarding the wishes of the people who elected her.

The only options that were on that ballot paper were to remain part of the European Union or to leave it and Wiganer’s, like most of the country and some 70% of other Labour constituencies voted to leave it.

Nandy’s Wigan constituents voted to exit the single market, they voted to leave the customs union and they voted to regain our sovereignty. They voted to be in control of our own laws and borders again and for MP’s here to be held accountable for the actions and decisions they make.

They voted to take back control of their country from pisspot Jean Claude Junker who can barely stand up or put his own shoes on, they voted to leave because they didn’t want unelected bureaucrats in Brussels like Barnier and Verhofstadt pulling the strings of our country from abroad.

Lisa Nandy voted and campaigned to remain part of the European Union, she has the right to do that but she also has a responsibility to each and every one of those 104,331 voters who put a cross on the ballot paper in favour of leaving the European Union and I do not believe she is considering those people or putting the majority first over her own political beliefs and party persuasions. 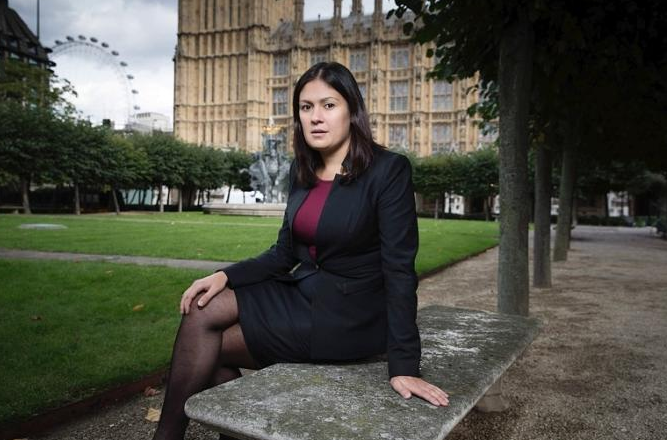 Over the years virtue signalling Nandy initially voted against the UK’s referendum on EU membership and has been absent five times for Parliamentary votes on EU referendum bills so it’s hardly surprising that she stands against the will of her constituents and the democratic choice of the UK voter of Brexit. She has generally voted for more EU integration.

Nandy was catapulted into a safe Labour stronghold when she came to Wigan in 2010, since her arrival almost a decade ago she has claimed an eye-popping £1,629,569.80 in expenses on top of her annually salary each for being a member of Parliament.

Wigan is one of the safest Labour strongholds in the country, you could put a Blackpool donkey with teeth like Guy Verhofstadt up for election and the people of Wigan would still vote for it in their droves because their grandparents and parents have always voted Labour so they continue to do so without question. Over a hundred years of Labour rule is engrained into the fabric of the town like a meat and potato pie.

Nandy was born with a silver spoon in her mouth, the daughter of a millionaire cultural Marxist was University educated before taking an internship in an MP’s office to learn the ropes before serving as a clowncillor in the Hammersmith Broadway ward before being shoehorned into one of the safest seats in the country, selected from an all female shortlist of candidates (no surprise there in Wigan) and was one of the country’s first female Asian MP’s.

Empty platitude spouting Nandy is the daughter of Dipak Nandy, one of the founders of lobbyist group and tax exempt charity The Runnymede Trust, it is no wonder or coincidence that she has generally voted against a statutory register of lobbyists that are able to nobble politicians and influence government policies.

Nandy is also the granddaughter of Lord Byers who himself is no stranger to a bit of controversy, the former leader of the Liberal Party who helped to make a pedophile scandal conveniently disappear some years back.

Soapbox was once tipped to be the new Labour leader, she has served under IRA sympathiser Jeremy Corbyn as shadow Secretary of State for Energy and Climate change, again, no surprise there with all that hot air she gives off and has ironically also served as Shadow Minister for Children.

When Politicalite decided to take a look into the voting records of Lisa Nandy MP, the results we found were quite alarming although probably not unexpected. Nandy’s voting attendance in Parliament is much lower than the average MP, in the past 12 months she has spoken in just twenty-one debates which again is well below the average amongst MP’s, also voting in 74.43% of votes which is again well below the average.

You very rarely see her around Wigan unless it’s election time and she’s seemingly absent a lot from votes in London so just what exactly does one of the highest expenses claimants of MP’s actually give the UK tax payer and her constituents of the Wigan Borough?

Soapbox Nandy has also voted for requiring the mass retention of information about communications, votes for measures to prevent climate change more often than not and had voted for a lower voting age and had hardly ever rebelled against the Labour Party.

On the 18th September 2014 Nandy hosted a meeting in Lancaster for the Palestinian Solidarity Campaign. In one year alone her expenses claims rocketed to over £220,000.

She has been paid several times by the BBC, received £100 from the Guardian whilst receiving over £2,000 from the Communication Workers Union and the same amount coming in from Trade Union, Nandy also received a three-night hotel stay paid for by the Unite Union totally £984.

TIME FOR WIGAN TO WAKE UP

WHEN are Wiganer’s going to demand more from their MP? When are they going to wake up to the virtue signalling champagne socialist?

How much longer are they going to keep voting her in for doing absolutely nothing for the borough whilst claiming her extortionate expenses? She’s never seen in Wigan other than at election time, her voting record in Parliament speaks for itself so what exactly is she doing for the vast amounts of public money that she takes from the coffers each year? Wigan has been held back for too long now by soapbox Nandy and the local Labour-run council.