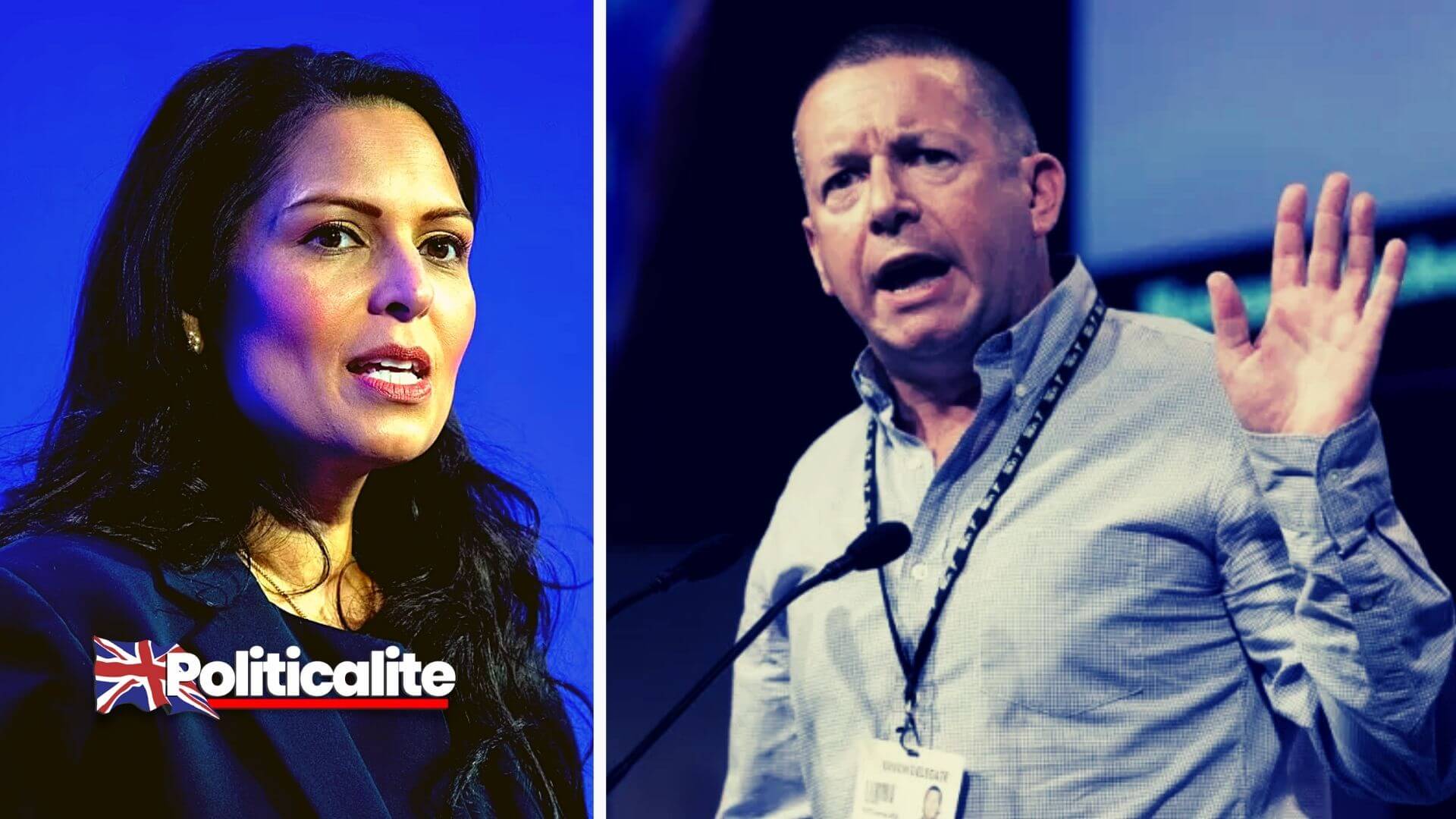 A TOP leftie trade unionist has been suspended by Labour after suggesting Home Secretary Priti Patel was “disgusting” and should be deported.

Unite’s assistant general secretary Howard Beckett – who is standing for the leadership of the major union – apologised for the social media message.

Mr Beckett sits on Labour’s ruling national executive committee but the PA news agency understands he has now been suspended by the party.

Mr Beckett made the remarks following protests in Glasgow over the detention of two men by Border Force officials.

Police Scotland released the Indian nationals after people surrounded the immigration enforcement van and prevented it from leaving on Thursday.

Mr Beckett originally said: “Priti Patel should be deported, not refugees. She can go along with anyone else who supports institutional racism.

He subsequently deleted the message. 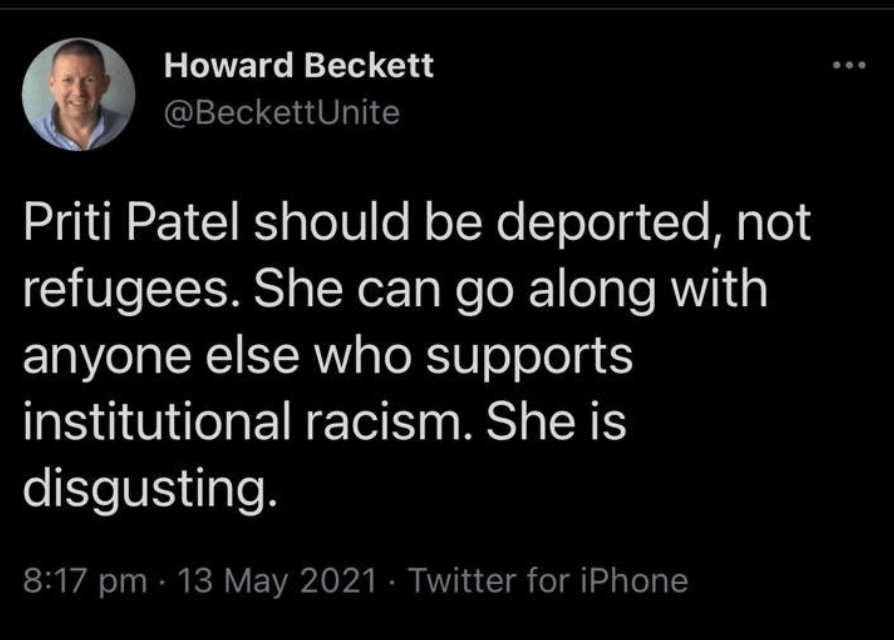 He later said: “Priti Patel message on Eid al Fitr is to deport Muslim refugees. Those who have been forced to flee war zones.

“We are seeing appalling institutional racism again and again from the supposed pillars of the British elite.

“Our society should have no place for racism, at all.

“I’m very sorry for my earlier tweet. I was angry to see Muslim Refugees being deported on the morning of Eid al Fitr.”

He said his earlier message was “never intended to be literal” and “the wording was wrong” and “offensive”.

“I apologise unreservedly to Priti Patel. No one should be deported.” 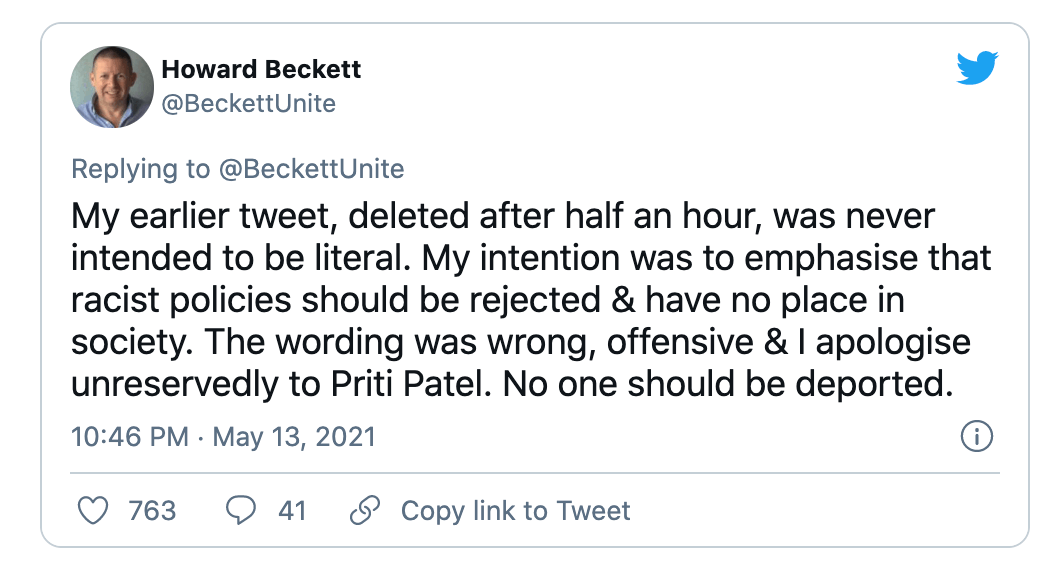 It is understood neither of the men involved in the situation in Glasgow is Muslim.

Labour MP Chris Bryant said: “This is vile. This should play no part in Labour – or in British politics.”

Tory MP Steve Baker said it was “an extraordinary, absolutely intolerable remark” which must have a “robust response” from Labour.