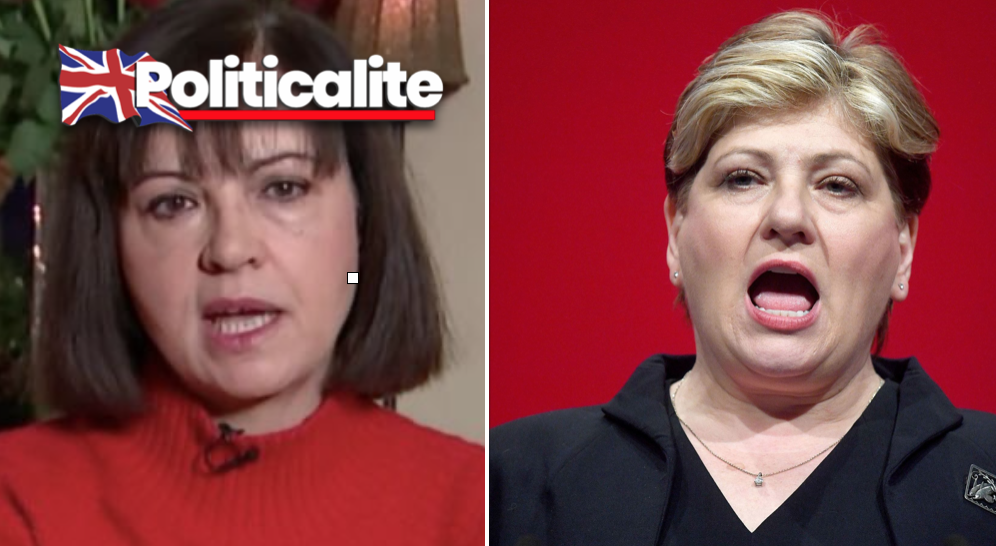 CAROLINE Flint left a thorn in the side of Emily Thornberry telling after claiming that the Labour MP had said she was “glad [her] constituents aren’t as stupid as yours” to a fellow MP in regards to Brexit.

Thornberry has denied the claims and has vowed Legal action against former Labour MP Flint who lost her seat in the General Election on Thursday.

Appearing on Good Morning Britain a weak Caronline Flint would not double down on her claims – suggesting she could be lying.

Emily hit back at Flint and told reporters outside her London home: “I’ve contacted her and I’ve said to her: please withdraw, I’ll give you until the end of the day. And she hasn’t. So I’ve had to go to solicitors.”

“People can slag me off as long as it’s true, I can take it on the chin. But they can’t make up shit about me – and if they do, I have to take it to the courts.”

She added: “It’s ridiculous, absolutely ridiculous. I have better things to think about than people going on television and making up shit.”

“I have no idea what’s in her head. All I can tell you is that you can’t go on national television and make up shit and not expect to be taken to the courts, and that’s what I’m afraid I’m having to do.”

Thornberry said on Sunday: “This is a total and utter lie. I have never said this to anyone, nor anything like it, and I hope, needless to say, it is not something I would ever think.”