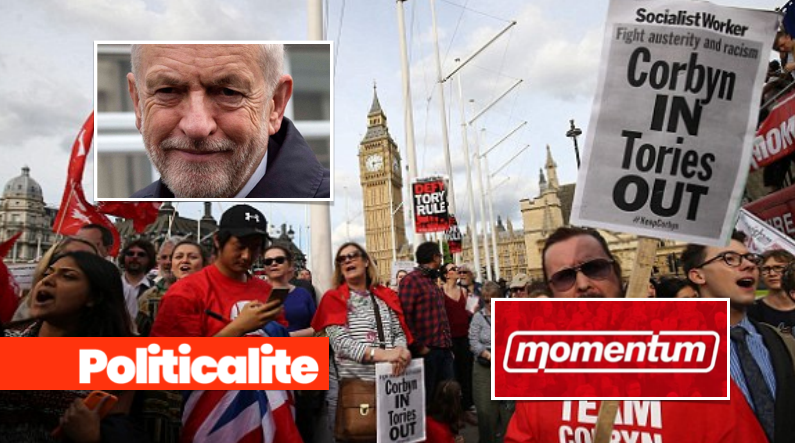 LEFTIE Pro-Corbyn group Momentum has been slapped with a £16k fine after the Labour ‘cult’ breached electoral law in the 2017 General Election.

The fine was issued by the Electoral Commission, and one of the fines includes a whopping £12,150 – the largest fine levied on a non-party campaigner – for an inaccurate election spending return, reported Sky News.

Momentum was also rapped for failing to report donations.

Louise Edwards, the Electoral Commission’s director of regulation, said it was “particularly disappointing” the group had broken the law, given “political campaigning is its full-time work”.

She said: “Non-party campaigners are essential for a healthy democracy.

“But just as crucial is that after a poll, voters can see complete and accurate spending data.

“The fines that we have levied reflect Momentum’s repeated revisions to their spending return, poor record keeping and failure to follow advice given by the commission prior to the election.”