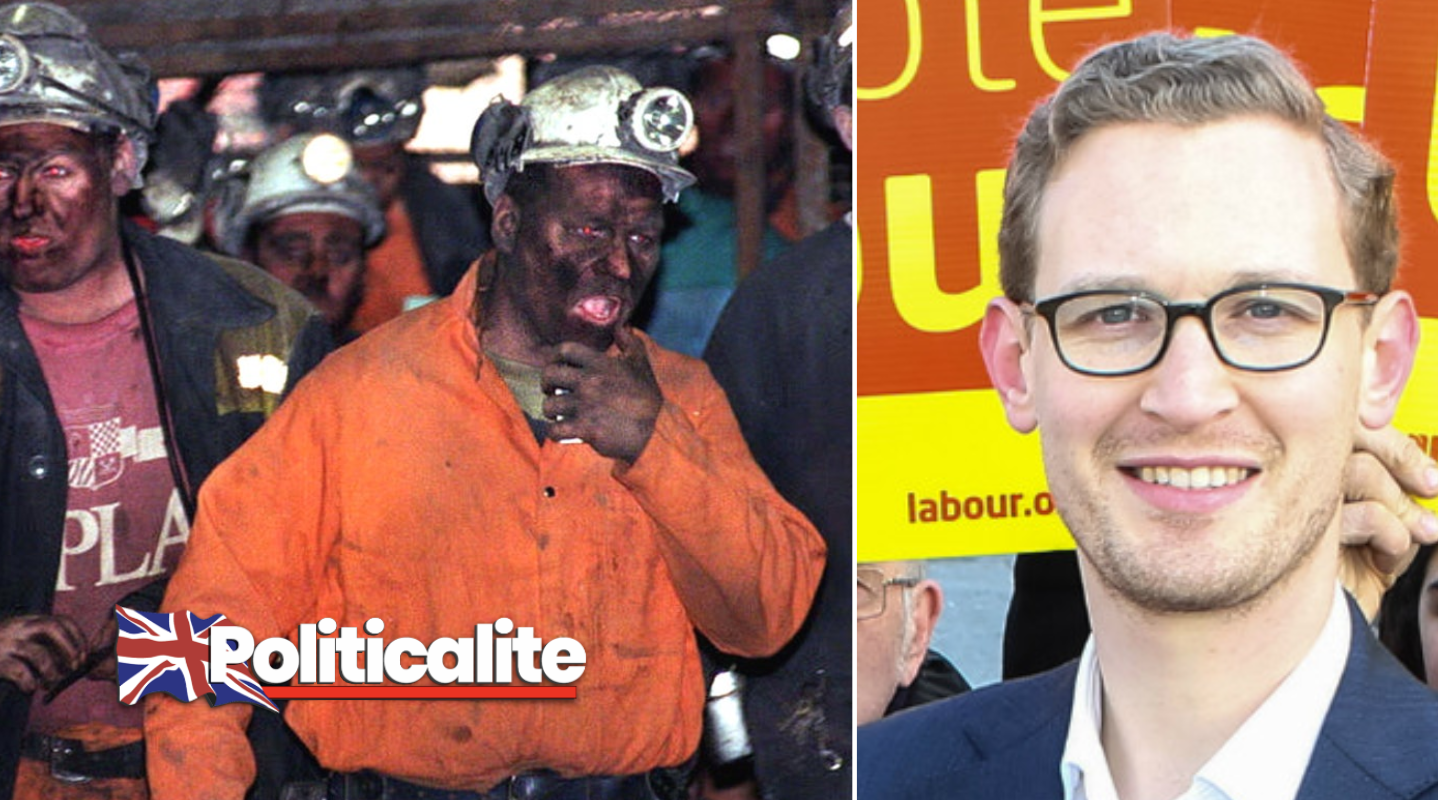 A LABOUR MP sneered at coal miners as the first new coal mine in 30 years is set to be built in the UK.

On his Twitter account, when discussing how Conservative Minister Alok Sharma – who has left his previous role as Secretary of State for Business, Energy and Industrial Strategy to focus on being the President of the 2021 United Nations Climate Change Conference, of which is set to take place in Glasgow – didn’t answer Jones’ question about whether it was ‘embarrassing’ to set up the mine, Jones noted that it was for him, as ‘How can we ask Poland or China or India or Australia to stop using coal when we’re opening a new coal mine in the U.K.’. 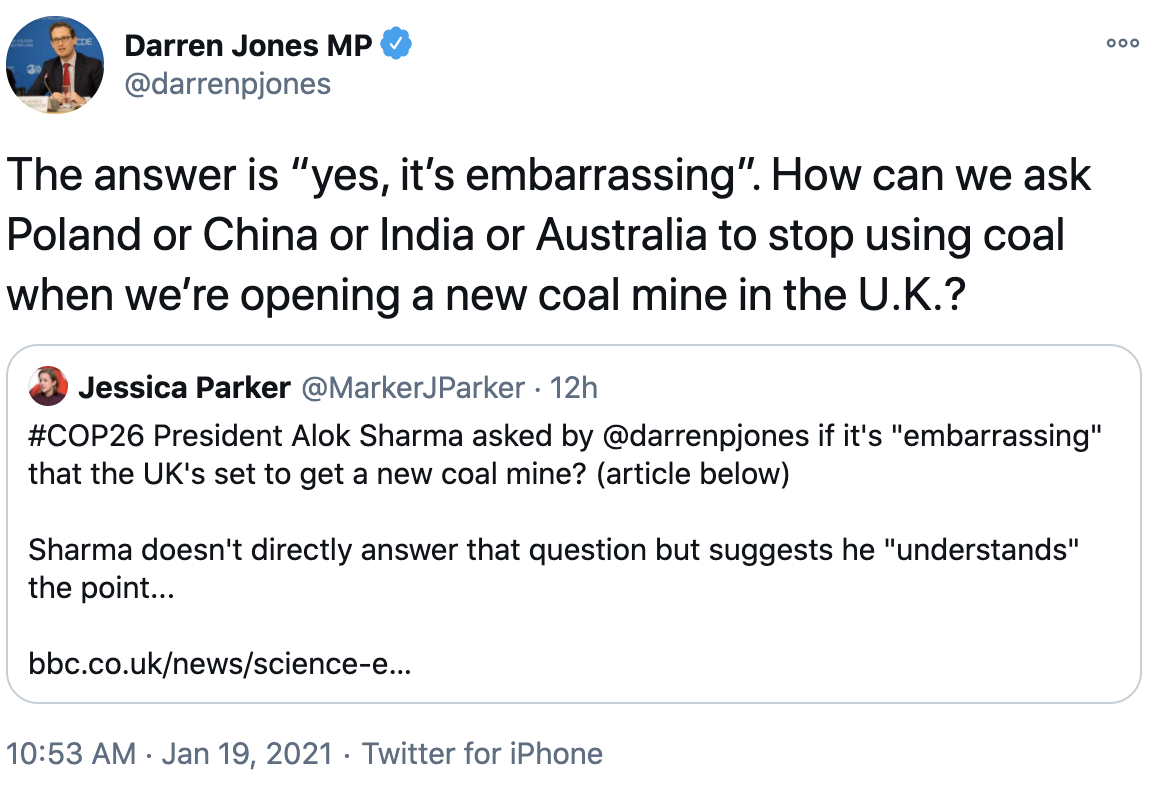 For this, he was heavily condemned online for his view. Climate researcher Ben Pile stated that Jones’ was taking part in a ‘money-see-monkey-do understanding of international relations, in which MPs believe that China will take moral instruction the UK’, calling Jones ‘embarrassing’, and user Iain Dooley noting that ‘China will just ignore everyone and keep doing what’s best for its own economy’, while the UK’s efforts on that front would be ‘trivial in the global grand scheme of things’ because of it. Others were more blunt with user BrexitBlogs asking whether Jones was ‘ill’ and user Mick Brailsford asking whether he was ‘really that stupid’.

The mine in question, which is to be based in Cumbria and run by the West Cumbria Mining company, and is the first one to be opened in the UK for 30 years. According to reports, the mine is expected to cost £165 million, all the while WCM have promised that 500 jobs would be developed as a result, all the while they would pay into a community fund for 10 years. The mine will extract coal beneath the Irish sea, to be used for steel production in the UK and Europe.

It has been approved twice since 2017, with its most recent approval coming through by Cumbria County Council in October 2020, and the government’s Communities Secretary Robert Jenrick has decided not to challenge the construction, despite a government report calling the area not ‘environmentally acceptable’.

There has been some criticism of the project though, noting the UK’s current climate change targets, including becoming a net zero carbon economy by 2050. Former Liberal Democrat leader and MP Tim Farron called the move ‘hypocrisy’ on behalf of the government, and called on Jenrick to overturn his refusal to challenge the construction, while the environmentalist group Campaigners from Friends of the Earth called it ‘jaw-dropping inconsistency’, after the government refused to build a similar mine in Northumberland last year.