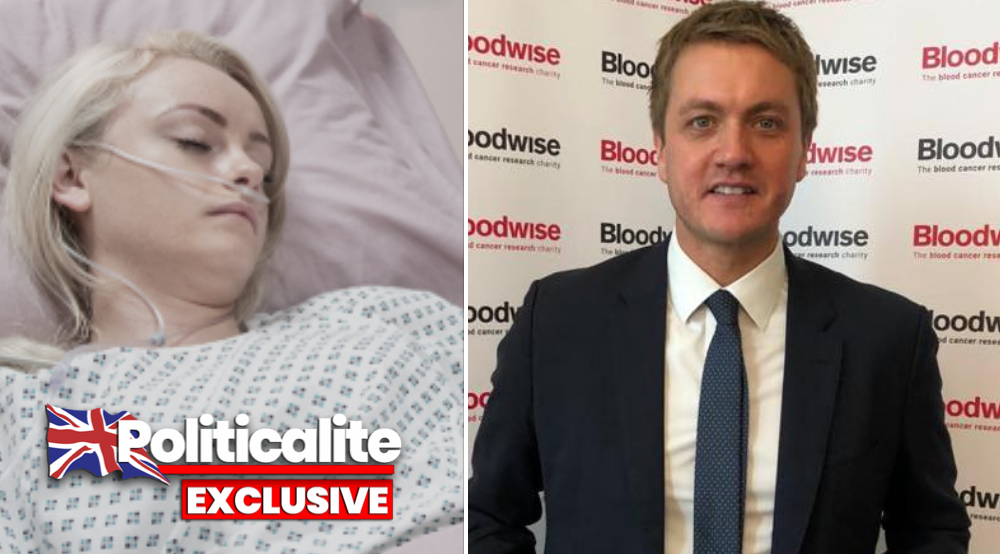 A LABOUR MP in the North is in hot water with local voters after he claimed expenses for hosting a charity Cancer event, Politicalite can exclusively reveal.

James Frith who is the Member of Parliament for Bury North hosted the Macmillan Cancer Coffee Morning in September 2018.

He even took to social media to show his ‘caring’ and ‘kind nature’, thanking locals who raised £100.

Not ‘Frifty’ Frith though… on the 28th September 2018 the tight-arse filed an expense for ‘Office Costs various’ at just £8.33.

After Politicalite did a little more digging on the claim, we discovered that the expense for the financial year 2018-2019 was recorded for “Basic refreshments for MacMillan Coffee morning.” totalling at £8.33 – it was paid out too. 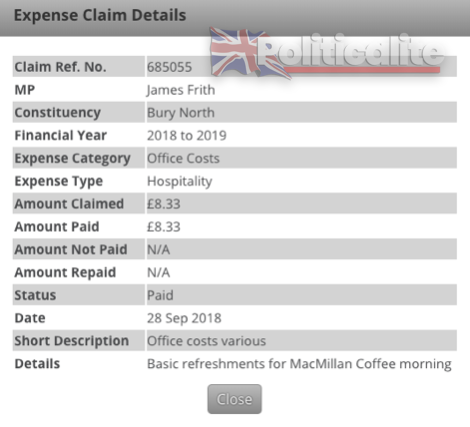 He even begged for likes on Facebook days later and posted a picture of himself appearing as though he was a real community hero surrounded by the locals who actually put their hands in their pockets. 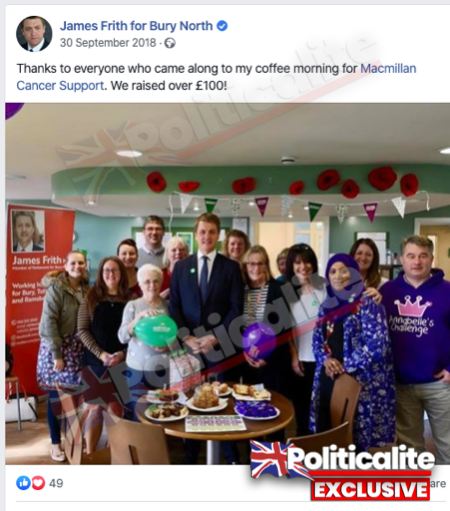 Politicalite has contacted the Labour MPs office for comment, but has not yet received a reply.