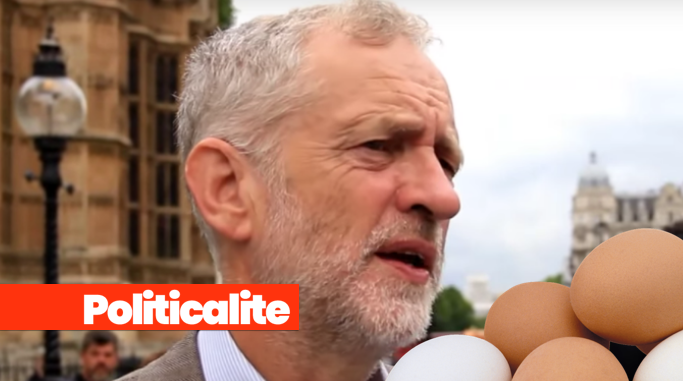 JEREMY Corbyn was pelted with an egg by a pro-Brexit protester today.

He was hit with the egg during an event outside a mosque in north London.

The man who threw the egg reportedly said: “when you vote, you get what you vote for”

Corbyn was visiting the Muslim Welfare House in Finsbury Park when he was allegedly hit by a man holding an egg in his fist in his own constituency on Sunday afternoon.

A spokesman for the Metropolitan Police said: “At around 3.50pm an egg was thrown at a member of Parliament.

“A 41-year-old man was quickly detained by officers on scene and arrested on suspicion of assault. ”

“He is currently in custody at a north London police station.”