LABOUR AT WAR! "No Reason For A Civil War" After Corbyn Fallout 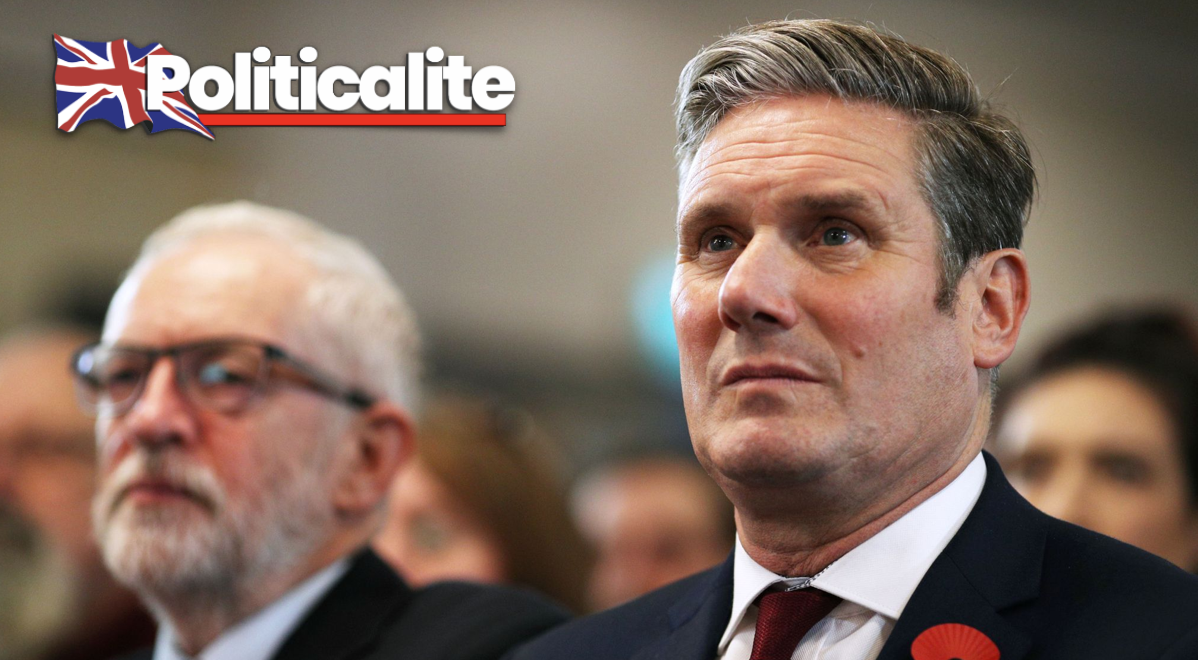 SIR Keir Starmer has insisted there is “no reason for a civil war” in the Labour Party after anger from some on the left over Jeremy Corbyn’s suspension for his response to a damning anti-Semitism report.

The Labour leader appealed for unity and for an end to “factional fighting” on Friday amid fallout from the Equality and Human Rights Commission finding the party broke equality law when Mr Corbyn was in charge.

Mr Corbyn, who led the party until April, was suspended after he refused to fully accept the watchdog’s findings and said anti-Semitism had been “dramatically overstated for political reasons”.

Len McCluskey, the boss of the Unite union, a major financial backer for Labour, warned the move is an “act of grave injustice” that could cause a split and doom the party to defeat.

Sir Keir told BBC Radio 4’s Today programme: “There is no reason for a civil war, there’s no reason to lean inwards, that is not what I want.

I will strongly contest the political intervention to suspend me.

I’ve made absolutely clear those who deny there has been an antisemitism problem in the Labour Party are wrong.

I will continue to support a zero tolerance policy towards all forms of racism.

Sir Keir said Mr Corbyn and his team “knew exactly” that he would warn that any suggestion the issue had been exaggerated could lead to expulsion.

“I’m deeply disappointed in that response from Jeremy Corbyn yesterday, not least because I spoke to him the night before the report to set out how I intended to deal with it,” Sir Keir said.

But Mr Corbyn issued a statement regardless to accuse the media and his political opponents of having overstated the scale of the problem and say “I do not accept all” of the EHRC findings.

The EHRC concluded the party was responsible for unlawful acts of harassment and discrimination and found evidence of “political interference” in the complaints process by then leader Mr Corbyn’s office.

Mr Corbyn said he will “strongly contest” the decision to suspend him pending an investigation, which also meant the Islington North MP had the Labour whip removed in Parliament.

Mr McCluskey, a key ally of the former leader, said the move was “an act of grave injustice which, if not reversed, will create chaos within the party and in doing so compromise Labour’s chances of a general election victory”.

“A split party will be doomed to defeat,” he said in the aftermath of the suspension.

On Friday, Mr McCluskey struck a more conciliatory tone, saying it was a “time for some calmness”. He told his union members to stay in the Labour Party as they try to resolve the “unjust” suspension.

Outside the union’s London headquarters, he told Sky News: “We need the party to be united. Working people out there need us, need a Labour government. So stay in the party and I’m hoping that we will be able to get through this fairly quickly to everybody’s satisfaction.”

Former shadow chancellor John McDonnell, who has described the suspension as “profoundly wrong”, said Sir Keir was right so say he does not want a civil war.

Keir Starmer this morning has rightfully said he doesn’t want a civil war in the Labour Party. Let’s be clear. Nobody does, but it seems we are drifting towards a hell of a row over use of language, misinterpretation, followed by overreaction.

“Nobody does, but it seems we are drifting towards a hell of a row over use of language, misinterpretation, followed by over-reaction,” Mr McDonnell said.

“My advice is that, with a bit of explanation over what was meant in various statements, we could all save ourselves a lot of unnecessary grief and get on with tackling Covid and job cuts.”

Diane Abbott, who was shadow home secretary under Mr Corbyn, shared an petition on Twitter calling for Labour to “reinstate” him, adding: “He has always stood with us. We must stand with him.”

Campaign group Momentum called the move a “naked attack on the left” and has organised a virtual Stand With Corbyn rally on Friday evening.

Sir Keir, who was forced to defend his time supporting Mr Corbyn as his shadow Brexit secretary, said he wanted to be able to “draw a line in the sand” after the long-awaited report’s publication but that Mr Corbyn hindered that.

“I’ve spoken extensively to Jewish communities, Jewish leaders over the last six months, that’s what they wanted to happen yesterday, an ability to recognise the hurt, draw a line and move on,” he told BBC Breakfast.

“That’s what I hoped would’ve happened yesterday, as it happens it took a different response because of Jeremy Corbyn’s response.”

The EHRC report published on Thursday found three breaches of the Equality Act relating to political interference in complaints, failure to provide adequate training to those handling anti-Semitism cases and harassment.

The party has been served with an unlawful act notice and has been given until December 10 to draft an action plan to implement the report’s recommendations.

The notice is legally enforceable by the courts if not fulfilled.

Sir Keir committed to implementing the recommendations as quickly as possible on what he called a “day of shame” for Labour.

NOT LIVING: Labour Calls For Living Wage for NHS Staff as 200 Care Workers DIE From Corona