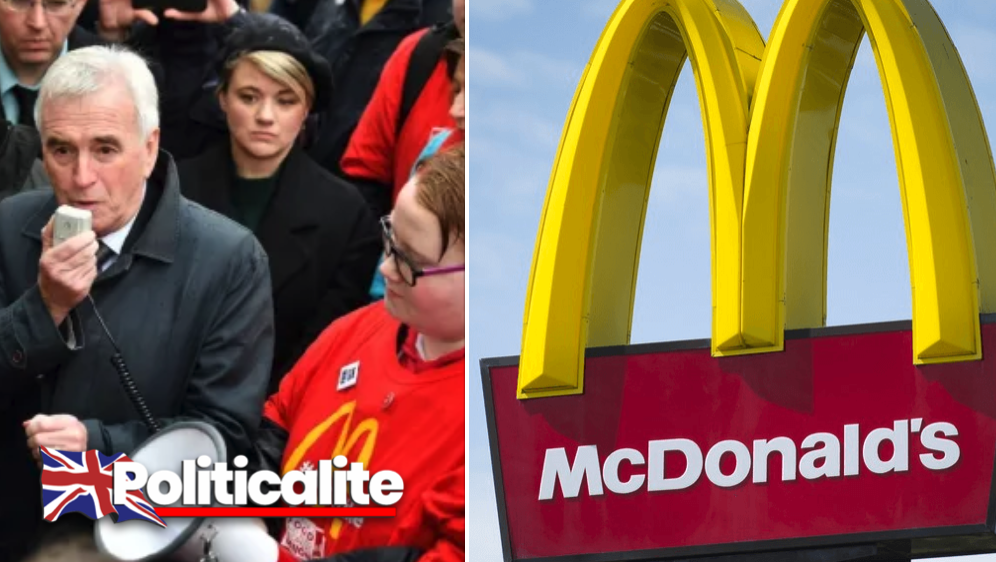 LABOUR Bigwigs have were slammed last night after the far-left party joined calls for fast-food staff to be paid up to £15-an-hour for flipping burgers, yet the party only pays its call centre staff £10 an hour.

Clearly showing ‘one rule for the few, and another for the many’ Shadow Chancellor John McDonnell addressed workers outside Downing Street as they presented their demands to the Prime Minister.

Staff taking part in the ‘McStrike’ are calling for £15 an hour wages, and an end to youth rates of pay.

The backing was slammed by many – with some calling out the parties measly payment of just a tenner an hour for Labour staff members.

The Tenner an hour wage is paid to staff working at the Labour parties Newcastle call centre.

Mr Corbyn said: “Low pay and insecurity are endemic in our economy. Too many people are held back as they struggle to earn enough money to give themselves a decent standard of living.”