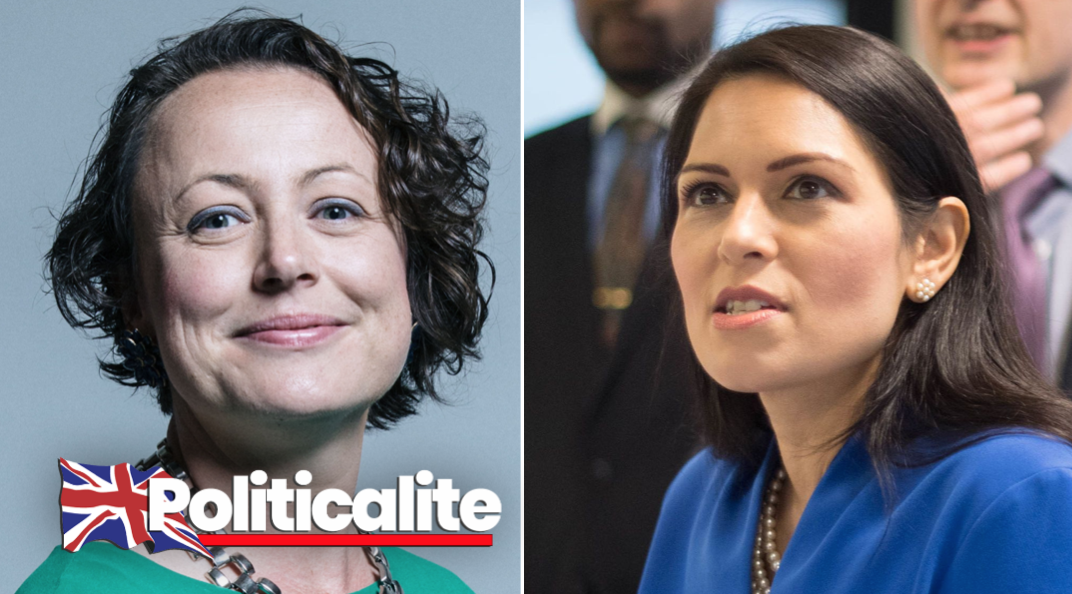 A LABOUR MP has written to Priti Patel asking the Home Secretary to explain why the Grooming Gang review has not been released.

Catherine McKinnell MP, who is Chair of the Petitions Committee in the House of Commons and said: “I am writing to request a revised Government response to e-petition 300239, calling on the Government to release the Home Office’s Grooming Gang Review in full.”

“My Committee considered your department’s response to this petition at its meeting on Tuesday 5 May, and agreed that it did not directly address the request made by the petitioner, and therefore did not meet the standard for Government responses that has been agreed with the Leader of the House.”

“However, the response fails to respond to the petitioner’s request for this work to be published. My Committee has already received a significant volume of correspondence complaining about the Government’s response, and I am sure that your department has been receiving similar correspondence directly.” 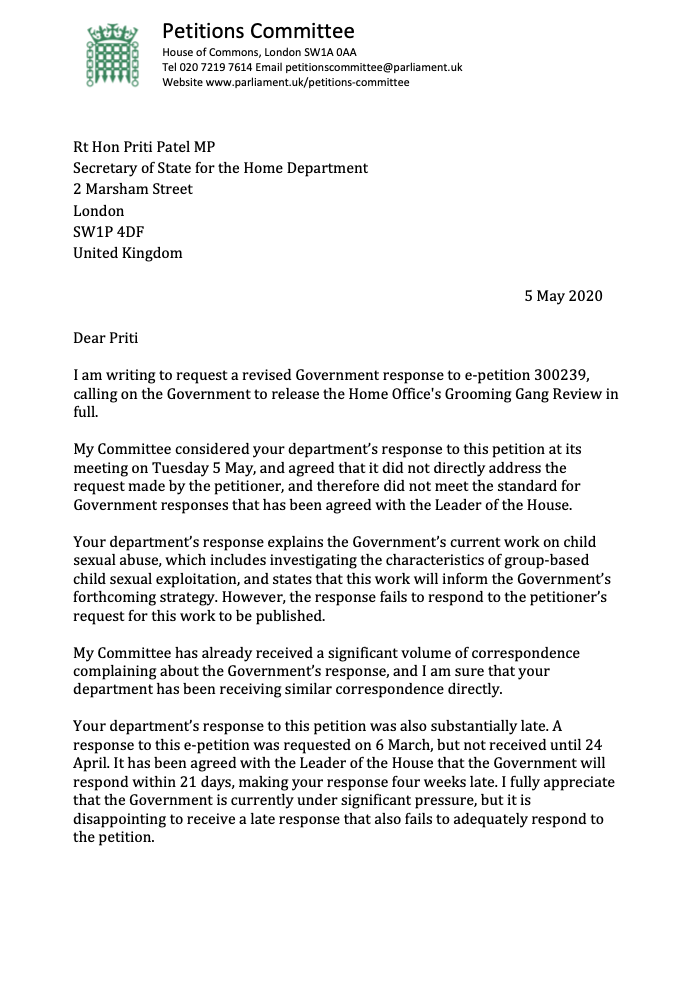 “Your department’s response to this petition was also substantially late. A response to this e-petition was requested on 6 March, but not received until 24 April. It has been agreed with the Leader of the House that the Government will respond within 21 days, making your response four weeks late. ”

“I fully appreciate that the Government is currently under significant pressure, but it is disappointing to receive a late response that also fails to adequately respond to the petition. I am therefore writing on behalf of the Committee to request a revised response that directly responds to the request made by the petition. ”

“This should clearly state whether the Government will publish its research into the characteristics of group-based child sexual exploitation. If the Government does plan to publish this, your response should set out in what form and when.”

” If the Government does not plan to publish this, your response should explain the reasons for this. I would be grateful if you could provide a revised response before the House rises for Whitsun, on Wednesday 20 May, given the substantial time that signatories to this petition have already been waiting for the Government response. I am copying this letter to the Leader of the House, with whom the standards for Government responses and timeframes within which these should be provided have been agreed.”