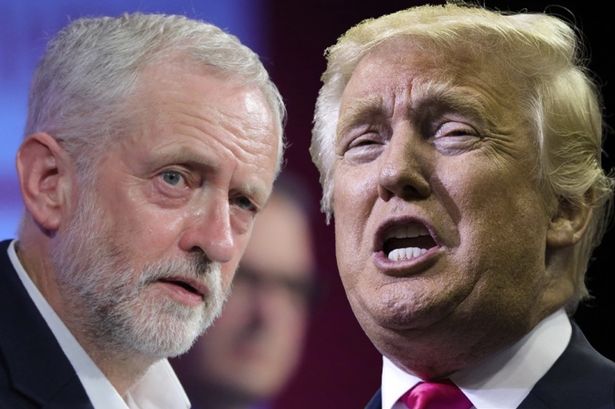 LABOUR politicians have sent a letter to President Trump ahead of his state visit to Britain, attacking our greatest ally and slam his populist policies.

Councillors from West Oxfordshire signed a letter to Trump bashing his policies and political views.

The letter reads: “We are told you are an admirer of Winston Churchill…”

“Mr President, we fear you see building a wall will be your finest hour; wrenching children from their mothers; stirring hatred towards minorities and isolating America from the rest of the world.” 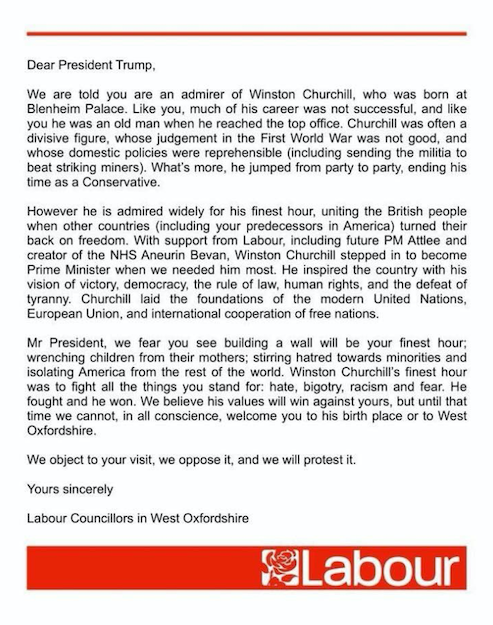 “Churchills finest hour was to fight all the things you stand for: “Hate, bigotry, racism and fear.”

“We object to your visit, we oppose it, and we will protest it.”

Again, Labour politicians are trying to destroy the relationship the UK has with the US, potentially thwarting a Brexit trade deal.

THE DON TO MEET QUEEN: US Ambassador confirms President Trump will meet Queen