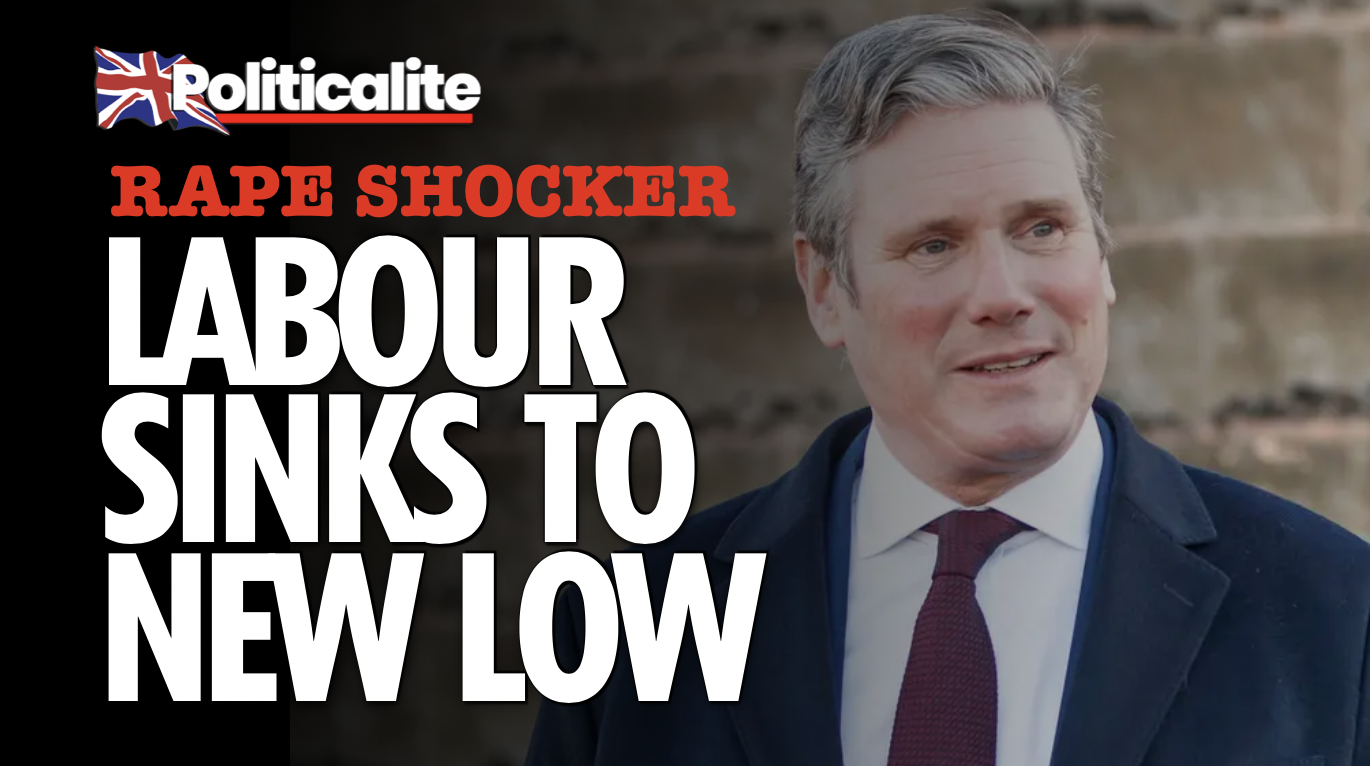 LABOUR sank to new lows last night, after using its official Twitter account to spread the dangerous lie that rape has ‘essentially been decriminalised’ by the Tory party.

“Under the Tories, rape has effectively been decriminalised” the tweet read. “We need to do so much more to end violence against women and girls.” 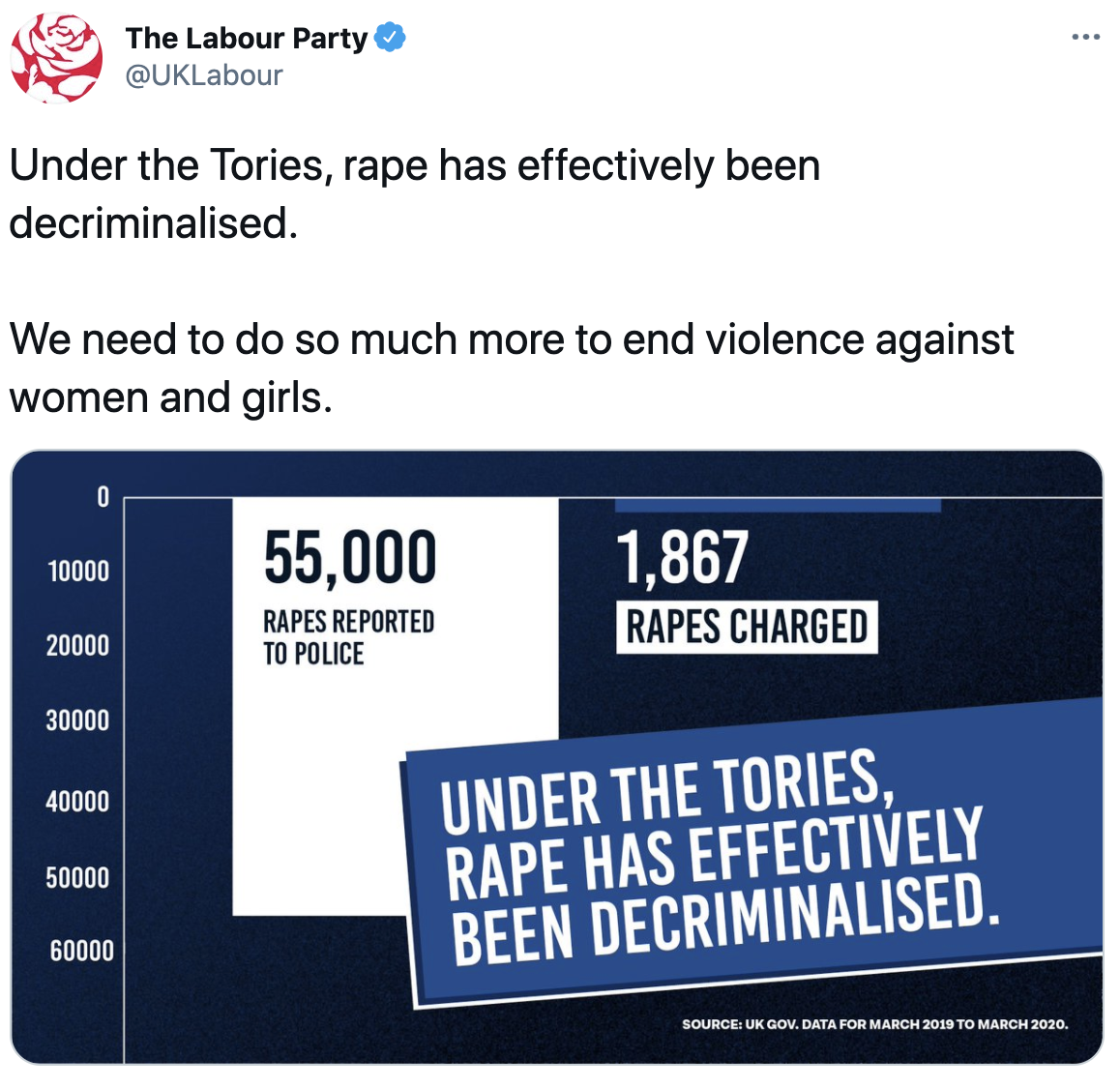 The tweet was immediately condemned by members of the public, not only for its offensive inaccuracies, but for essentially telling rapists that rape was no longer a crime.

The truth, however, is that falling conviction rates can be attributed to various factors – none of them being the Conservative Party or Boris Johnson’s government.

The Labour party seem to have based its claim on a recent report released by Dame Vera Baird, who stated that most cases are dropped either due to lack of evidence or victims being understandably unwilling to face having their privacy invaded.

Another cause was the procedure of making victims sign consent forms to allow officers to go through their mobile phones.

“Many will be required to handover their mobile phones, so that the data can be downloaded to see if it has any bearing on a possible criminal prosecution” said Baird. 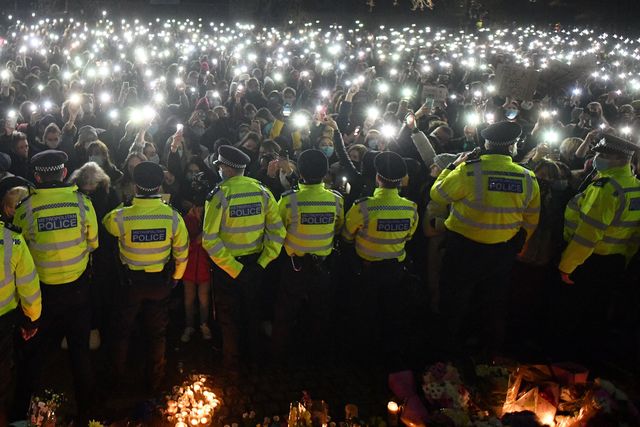 Like many left-wing organisations, the Labour Party has been busy exploiting the murder of Sarah Everard

Yet in July 2020, the CPS and police scrapped the digital consent form that people alleging rape had been asked to sign.

The CPS has also brought forward fewer rape prosecutions over the past few years partly due to fewer referrals by police. This is thought to be in part a reaction to a fall in the number of successful convictions.

The victims’ commissioner’s report by Baird says: “Anecdotally, some police officers say the reason they made fewer referrals was precisely because they knew that CPS were prosecuting fewer cases after 2017.” The Labour Party stole the line ‘we’re decriminalising rape’ from Vera Baird’s 2020 report, and then twisted the narrative.

In November 2019, it was revealed the CPS had previously had a secret conviction rate target, introduced in 2016 – that 60% of rape cases should end in a conviction. It was suggested this may have caused prosecutors to drop weaker or more challenging cases.

The CPS called it an “ambition” or “benchmark” and said it had stopped using it in 2018.

Yet, despite the report clearly placing the bulk of the blame on the police force, Labour – exploiting recent tensions held by women following the murder of Sarah Everard – intentionally misled its Twitter audience for political reasons, resulting in yet another shameful incident from what has become a warped and desperate political party.