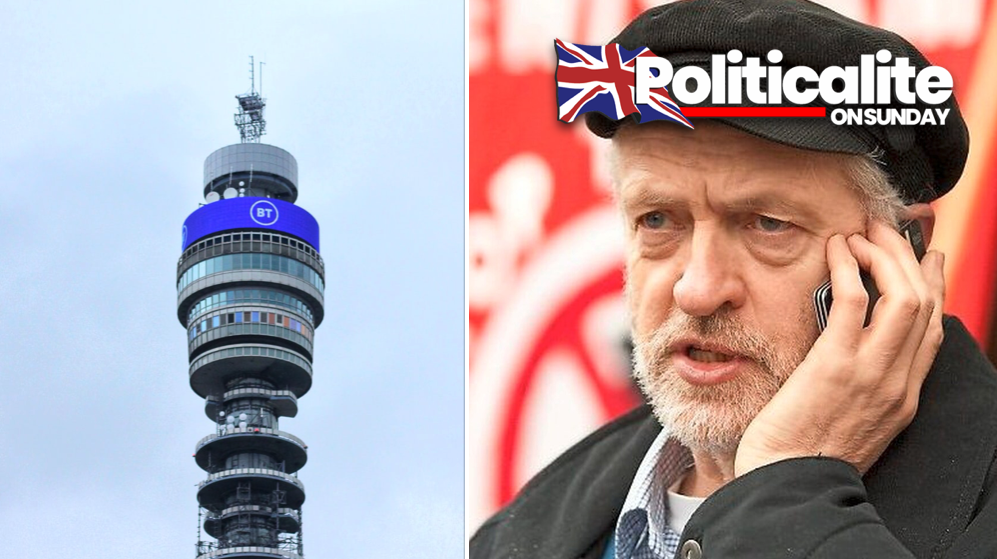 IMAGINE one evening you are casually watching Netflix and blissfully engrossed in the latest shenanigans of Queen Elizabeth on The Crown only for your Wi-Fi connection to abruptly disconnect and leaving you in utter suspense as the Duke of Edinburgh had on the tip of his tongue another classic one-liner bound to offend anyone with no sense of humour.

This is what a nationalised owned broadband provider could look like as the government decides who gets Wi-Fi and who doesn’t as ‘wrong thinking’ and ‘opposing views’ that do not conform to the doctrine of Diane Abbott become reasons why your broadband can be cut off as quickly as you can say Karl Marx.

Free things for everyone. That is the allure that Jeremy Corbyn continues to promise as he hits the campaign trail on course for the General Election in the next few weeks.

But while the prospect of free broadband for everyone sounds like something you would only find down the other end of the rabbit hole in Alice in Wonderland, a nationalised broadband is anything but a fairy tale, as Corbyn’s plan to offer free full-fibre broadband to all UK homes and businesses and part-nationalise BT by 2030 becomes a potential yet nightmarish reality as telecom shares tumbled upon the announcement of ‘free fibre internet for all’.

But while Corbyn continues to lead the mice of credulous Labour supporters as they blindly follow their harmonising Pied Piper of communism, others who are not as gullible and easily convinced of the promise of ‘free things’ remain sceptical.

Prime Minister Boris Johnson dismissed Corbyn’s utopian vision of free broadband for everyone as a “crackpot scheme” and a “crazed Communist scheme” as he claimed the plan would involve “tens of billions of taxpayers’ money nationalising a British business”.

Johnson went on to say that the Conservative Party would deliver “gigabit broadband for all”. While Philip Jansen, Chief Executive of BT added further doubt to the Labour Party’s manifesto by claiming that nationalising broadband would actually be in the regions of £100 billion.

The UK of course has already been here before as the state of nationalisation crippled the country with striking union workers bringing the nation to its knees during the 1970’s when Great Britain was aptly named the ‘Sick man of Europe’.

That sickness was not remedied with communism even in the 1940’s as a post-war Britain suffered the effects of nationalised railways, coal mining, electricity, gas, iron and steel and telecommunications, which resulted in horrendous customer service, lack of choice and inevitable hikes in taxes which almost always is part and parcel of a nationalised state.

So, do you trust a broadband in which you as the individual has the ultimate say on the provider you pay for and have installed in your home, or a broadband hand selected by Emily Thornberry in which a communist surveillance state is all but a flick of a switch away?

We guess we will really find out if common sense out trump’s communism on December 12. In the meantime, let us binge watch back to back episodes on Netflix while we still have the reliable capitalist Wi-Fi to do so.