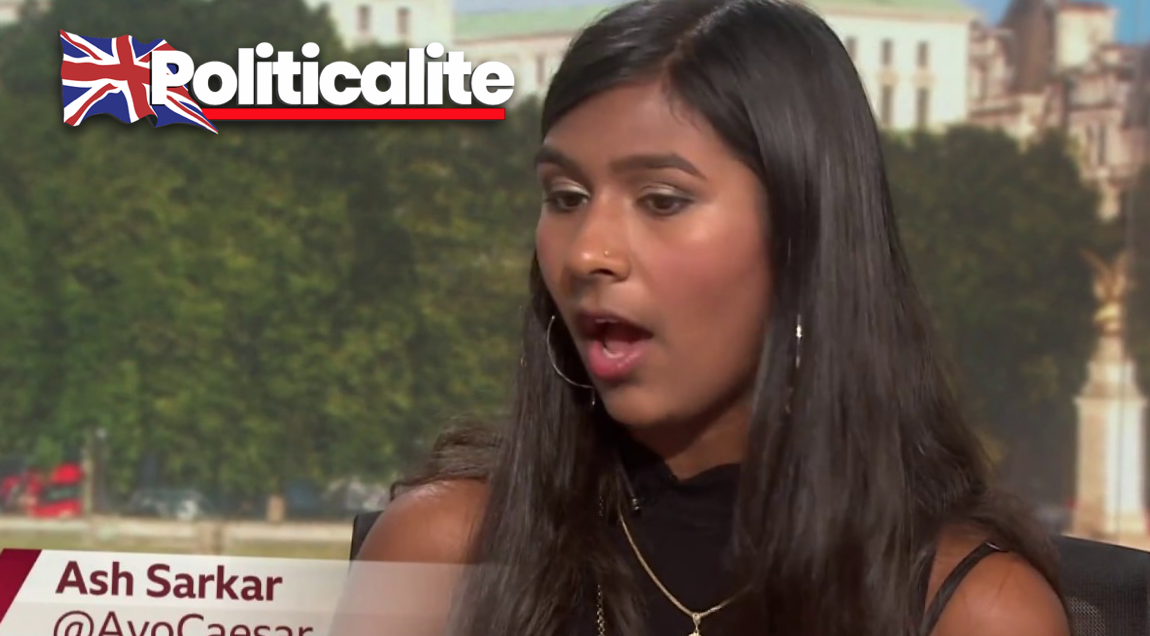 UNEARTHED footage has revealed prominent Novara Media contributor and self-proclaimed communist Ash Sarkar celebrating the so-called ‘white flight’ from London (whereby the white British population are leaving the capital in droves), under the guise that the minority groups in the area (who she refers to as ‘lads’) were ‘winning’.

In the recently discovered footage originally from a 2016 Novara Media clip called ‘Against ‘Integration’, she discusses how (as of the 2011 census, set to be updated next year) and the white British population had decreased by 600,000 in the capital, all the while the minority population had increased by double that, to 1.2 million more, and how for her it was evidence that those minorities were ‘winning’. This is her exact quote verbatim: “The white British population has decreased by 600,000, while the minority population has increased by 1.2 million. So yes lads, we’re winning’. ”

This wasn’t even the first time that she had discussed such statistics, given that back in 2013, the commentator had uploaded a Daily Mail article about the aforementioned census, also stating that ‘WE’RE WINNING! No swans safe within the M25…’:

As you’d expected, she received heavy criticism on social media for her language. Several Twitter users complained about this, including Connor Trunds, who commented that she ‘mocks white Brits’ in that clip, and was curious as to what she meant by ‘winning’. Big L called her a ‘horrible twisted racist’ and that he didn’t like that she ‘supports our club’ (referring to North London football club Tottenham Hotspur, which Sarkar is a fan of).

Joe called her ‘racist’, as well as a ‘disgusting c*nt’. Meryvn released a poll asking whether her ‘racist comments’ should lead her to be ‘reported to the police for incitement to stir up racial hatred’, with 96.7% voting in favour of.

Indendent journalist Martin Costello stated that she ‘openly gloats’ about the white decline in London, all the while questioning why the BBC gave her ‘racist and abhorrent views’ frequent airtime.

Ash later responded to the backlash she received by claiming that ‘the only reason you’d find my obviously facetious “we’re winning” comment offensive is if you think that increasing ethnic diversity and mixed-race families are a bad thing’, insinuating her critics were simply being racist for daring to object to her.

Her company Novara Media were similarly snarky, claiming that those wishing to complain about her obvious racism through email should ‘feel free to delete your email once you’ve written it to save us the trouble’:

Other outlets have been more critical, with Spiked magazine discussing Sarkar’s racist past that goes beyond these clips.