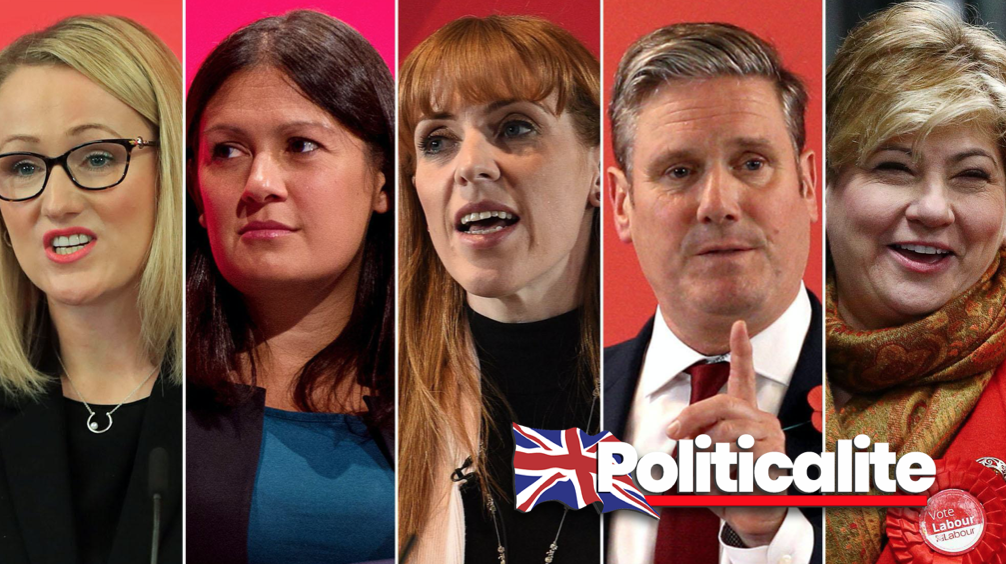 THE GLOW of Christmas and New Year has come and gone, and so the glow of December’s enormous General Election victory has faded into memory. Boris Johnson and the Conservatives won, Brexit is finally going ahead, and nothing and nobody can stop it from happening. For most right-wing thinkers and voters, it wouldn’t have mattered if there was nothing under the tree when we woke up on December 25th. We’d already had our presents, and they came early.

Right now, the Prime Minister and his team are presumably busy working on what they promised they would do – getting Brexit done. They’ve had a few distractions to deal with, such as Britain being dragged into the US-Iran conflict by way of an arrested ambassador, but Johnson knows what he was elected to do, and we should all rest assured that he’s busy doing it. Great days lie ahead not only now, but hopefully for the majority of the next five years.

On the other side of the Parliamentary benches, the depleted reserves of Labour MPs are currently squabbling over who should become their next leader. The Corbyn experiment has failed in the most brutal, crushing manner imaginable, and the party is in the midst of its worst crisis since the end of wartime in the 1940s. While it’s tempting to bask in schadenfreude, we shouldn’t wish for the total dissolution of the party.

An effective Government needs effective opposition. Without it, power becomes both lazy and unchecked. Boris Johnson will need a good sparring partner sat across from him – much better than the one he’s had thus far – and so we should turn our attention to who comes next.

While the will of the Labour Party membership is, at times, strange and unknowable, we expect to see a less experimental choice made this time around. Jeremy Corbyn was a strategic gamble born out of the shock of Ed Miliband losing to David Cameron. Many people – including some Conservative MPs – expected Miliband to win that 2015 election. Reacting to the surprise defeat, Labour decided to borrow from the book of online slots strategy and completely randomize their response, giving us a leader that nobody expected. While the joy of online slots on websites such as Amigoslots.com, you never know what you’re going to get next – and it could easily be a big win – the downside is that it could just as easily be a big loss. Smart online slots players know when to walk away with what they’ve already won rather than putting more money into the game. For Corbyn, that moment came when he ran Theresa May close in 2017. He failed to see the tide coming in, and it eventually drowned him.

While there’s nobody in the running this time who’s quite as extreme as Corbyn in terms of where he stands in relation to the IRA and Middle Eastern terror groups, some candidates are further left than others. Here’s what you need to know about the five who’ll fight for the position.

Jess Phillips: We’d be surprised if you’d never heard of Jess Phillips before. The Brummie MP is fond of the spotlight, and never seems to be happier than when she’s in front of the cameras on ‘Have I Got News For You’ or arguing with people on Twitter. She even chose Twitter as the forum to announce her leadership bid. Phillips was a constant critic of Corbyn, repeatedly condemning him for his failure to tackle anti-Semitism and regularly despairing of the party’s total lack of Brexit strategy. She has the common touch and plenty of charisma, but as one of the more moderate candidates, she’s unlikely to appeal to the Momentum-centric party membership – if they’re still there.

Wigan MP Lisa Nandy is everything Jeremy Corbyn isn’t – female, northern, and working class. Prior to becoming an MP, she’s worked with children’s charities and homeless charities and is the granddaughter of former Liberal MP Frank Byers. Nandy’s central message is that if the Labour Party fails to take heed of the reasons why it failed in 2019, it risks becoming irrelevant in the future. She stands with some areas of the party’s 2019 manifesto, including the re-nationalization of the rail network, but also feels that some of the other pledges such as free broadband for everybody didn’t resonate with ordinary people. Politically she’s best described as soft-left.

Sir Keir Starmer is the only man in the leadership contest, and that might prove to be his downfall. For a party that prides itself on being progressive, it’s a constant thorn in the Labour Party’s side that the Conservatives have had two female leaders, and they’ve had none. It’s almost inevitable that the membership will elect a woman, and that means that however well qualified Starmer might be, he won’t get a look in. From Labour’s point of view, that might be a shame. Despite being connected to Corbyn by virtue of having been part of his shadow cabinet, Starmer is no fool. He was knighted for his services to law and order, and once served as the director of public prosecutions. Intelligent and sharp, Starmer probably poses the biggest political threat to Boris Johnson should he defy the odds and land the role.

Having only crept onto the shortlist by virtue of Clive Lewis’ decision to withdraw from the running, even Emily Thornberry must be aware that the odds against her becoming leader are long. Thornberry was against the idea of calling an election last year on the grounds that Labour was obviously going to lose, so we can at least credit her with having clarity of political vision. Like Starmer, Thornberry has a background in law and was a human rights barrister before she became an MP. She was a vocal supporter of the idea of a second referendum on Brexit and was even photographed dressed as an EU flag during a protest. Confusingly, she’s on record as saying she didn’t disagree with anything in Corbyn’s manifesto but also felt that it promised too much. Politically lightweight compared to all the other candidates.

The youngest candidate, Salford & Eccles MP Rebecca Long-Bailey, is known to be the preferred choice of Jeremy Corbyn. For Corbyn’s supporters, that’s all they need to know about her. Such is the divisive nature of the outgoing leader that for many of his opponents, the fact he supports Long-Bailey is all they need to know about her, too. She’s seen as a ‘continuity Corbyn’ candidate – one who will pitch and back all of the same policies, but without the damaging links to undesirable political figures overseas that damaged Corbyn in the eyes of the British electorate. In a recurring theme, Long-Bailey’s professional career prior to becoming an MP was as a solicitor. Long-Bailey is comfortably the most left-wing candidate standing. It therefore follows that she’s the least likely to ultimately return Labour to power, and so she’ll be the candidate that Conservative HQ hopes to see victorious.

Could any of the five candidates return Labour to power in five years? Almost certainly not – their defeat was so crushing that it would take a small landslide just to bring them close, and five years probably isn’t long enough for the public to fall out of love with Boris Johnson. Some candidates are more likely than others, though, and so if you wish to see a prosperous decade for Great Britain, cross your fingers and hope Rebecca Long-Bailey gets the nod.