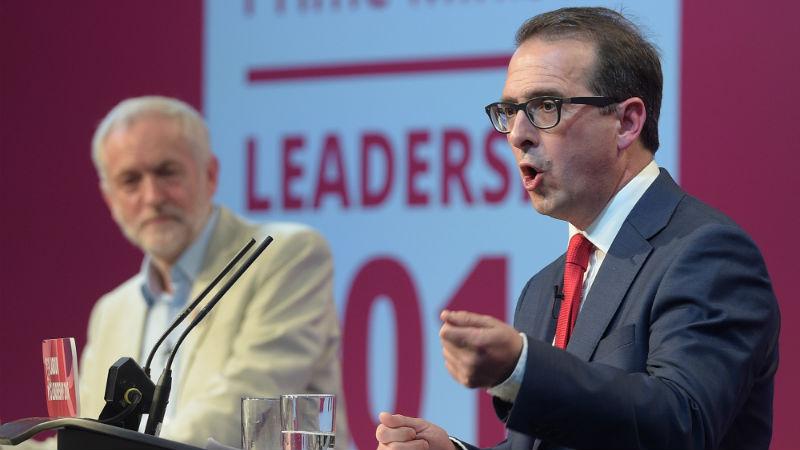 Corbyn was accused of a Stalinist purge after sacking Mr Smith, who called for a second EU Referendum.

Smith caused fury after he said a public vote on the Brexit deal was the way “Labour can properly serve our democracy and the interests of the people”.

He said: “I’m pleased my party is backing continued customs union membership, but we need to go further. We need to do more than just back a soft Brexit or guarantee a soft border in Ireland.”

Labour said he had been “asked to stand down”.

Mr Smith tweeted: “Just been sacked by Jeremy Corbyn for my long held views on the damage Brexit will do to the Good Friday Agreement and the economy of the entire UK.

Those views are shared by Labour members and supporters and I will continue to speak up for them and in the interest of our country.”

Backbencher Mike Gapes said: “Apparently in Corbyn’s world free speech is allowed for anti-Semites but not for Labour MPs supporting the views of our members.”

Ben Bradshaw said: “Why is Owen Smith being sacked for representing views of Labour members and votes on Tory Brexit shambles?”

“John McDonnell, Emily Thornberry and Shami Chakrabarti publicly contradicted Jeremy on the Salisbury Attack and are still in their jobs.”

Last night Jeremy Corbyn said: “Tony is a highly experienced former Government Minister who is committed to ensuring that peace in Northern Ireland is maintained and helping to steer the devolution deal back on track.”

KINDER, GENTLER POLITICS: Vile Corbyn trolls target young Tory activist and tell her to ‘have a stroke like Margaret Thatcher’