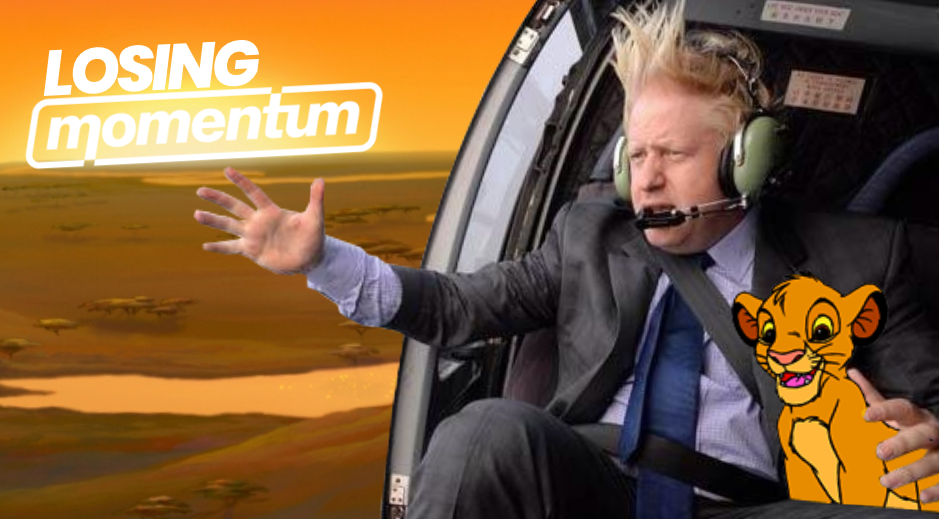 A MOMENTUM Poll asking if Boris Johnson should lose the whip for his comments surrounding the Burqa have backfired.

The Twitter poll asked: “Should Boris Johnson be withdrawn from the whip after his Burka comments?”

The final results were as follows:

It seems the leftie Labour group are losing Momentum.

The poll comes after 98% (Final result 97%) of Politicalite readers backed Boris last week over his comments.

It has been described as a ‘Cult’ by The Spectator and Momentum activists are often compared Marxists.

It practically controls the Labour Party according to The Guardian and can lead campaigns to unseat moderate Labour MPs.

The movement even planned a ‘massacre of the moderates’ in the parliamentary Labour party.

It has been described as a grassroots movement supportive of Corbyn and the Labour Party but has often been seen as an extreme version of Leftist politics.