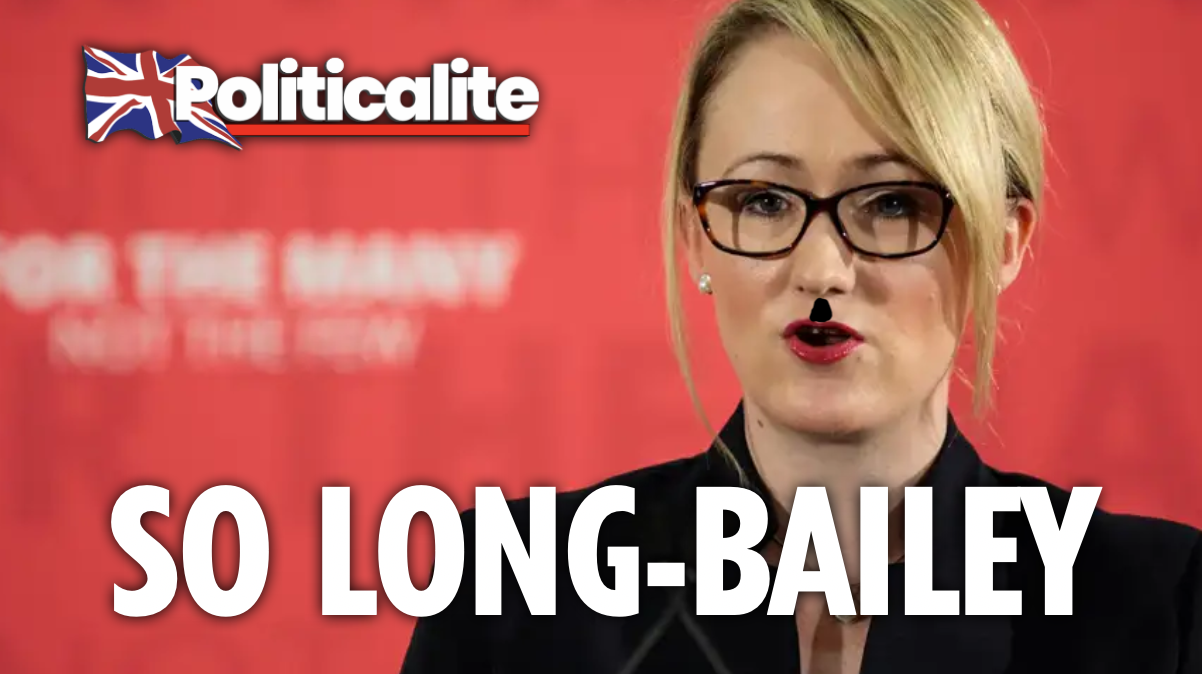 IN ANOTHER episode of accusations of antisemitism in the Labour Party, former Shadow Education Minister Rebecca Long-Bailey has been sacked from her position as she shared an interview involving accusations that Israel is linked to the death of George Floyd.

Rebecca Long-Bailey, currently the Labour MP for Salford and Eccles and a former leadership candidate for her party, has been sacked from her role as Shadow Education Secretary after sharing an Independent interview with actress Maxine Peake where the latter argued that the Jewish state of Israel was involved in the death of George Floyd. This is one of the many controversies surrounding alleged antisemitism in the Labour Party, which current leader Keir Starmer has promised to crack down on.

In the interview, Peake claimed that Floyd's death, which has sparked the BLM protests around the globe, was proof of 'systemic racism' and that the kneeling on Floyd's neck was 'learnt from seminars with Israeli secret sources', something denied by Israeli police. Peake has since apologised for the claim, stating that she was<a href="https://twitter.com/MPeakeOfficial/status/1276200507154010113"> 'inaccurate'</a> with her comments. Long-Bailey was quickly fired for sharing the interview by Starmer, in which she called Peake a 'diamond'. In a <a href="https://twitter.com/Geri_E_L_Scott/status/1276155178081759238/photo/1">statement,</a> a spokesperson for Starmer stated that as she shared an 'anti-Semitic conspiracy theory', she was sacked and that 'Keir has been clear that restoring trust with the Jewish community is a number one priority'. Long-Bailey has <a href="https://twitter.com/RLong_Bailey/status/1276161736148750337"><span style="float: none;background-color: #ffffff;color: #333333;cursor: text;font-family: Georgia,'Times New Roman','Bitstream Charter',Times,serif;font-size: 16px;font-style: normal;font-variant: normal;font-weight: 400;letter-spacing: normal;text-align: left;text-decoration: none;text-indent: 0px;text-transform: none">released</span></a> a statement on the matter on <em>Twitter</em>.

Much of the left objected to her sacking. The most vocal were Novara Media journalist Ash Sarkar and Guardian columnist Owen Jones, with the former calling the move ‘shameful’ and the latter felt it was ‘absurd’. The campaign group Momentum called it a ‘reckless overreaction’ and felt it would be problem for Starmer trying to unify the party. Former Shadow Chancellor John McDonnell went as far to share a petition to rehire her, of which has so far has over 6K signatures.

Others welcomed the sacking, mainly Jewish groups affailated with the party. The Jewish Labour Movement for instance supported ‘Keir Starmer’s actions’ and felt it would ‘reflect and learn from this action’ and the Board of Deputies of British Jews thanked Starmer for his ‘swift action’. Classical liberal YouTuber Mahyar Tousi also supported the move, commenting ‘well done’ to Starmer on the decision. Former Labour MP Caroline Flint meanwhile noted that the other main problem with the interview seemed to be that it was ‘blaming the voters for not voting Labour’, as it claimed that those who had voted Labour before were simply Tories all along.

Long-Bailey has been the MP for Salford and Eccles in Manchester since 2015, and has served under many Shadow Cabinet roles, both under Jeremy Corbyn and Starmer. She ran as Labour leader earlier this year, coming second to Starmer.