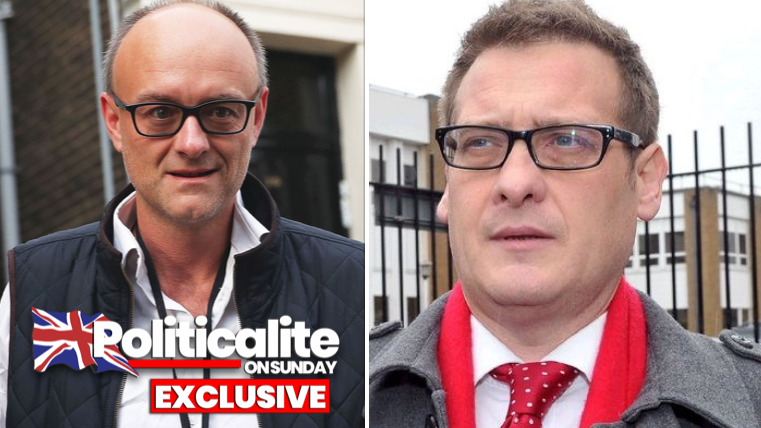 A LABOUR MP who told Dominic Cummings that he should be “dead in a ditch”, has repeatedly incited violence against Brexiteers and right-wingers, Politicalite on Sunday can exclusively reveal.

The MP for Kingston upon Hull East posted a picture of a UKIP leaflet tied to a BRICK and tweeted: “Just got in to find #UKIP crap on my doormat. It’s off back. #Freepost #VoteLabour”. 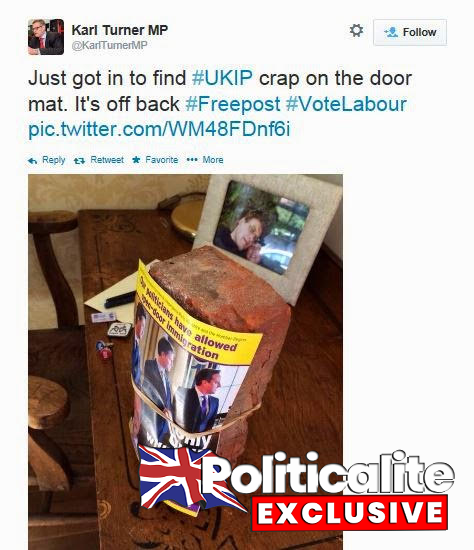 Turner even tweeted hateful and offensive comments about left-wing attacks when angry leftist militants threw Milkshakes over right-wing election candidates such as Sargon of Akkad and controversial activist Tommy Robinson back in the summer. 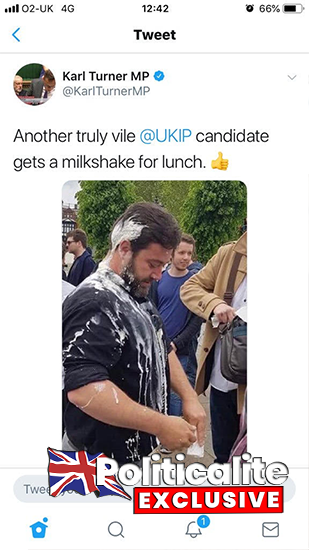 LAST week, the Labour MP’s office also told a pro-Brexit voter that he was being ‘threatening’ over questions about alleged Sexual Assault claims against Turner.

The MP’s office said the constituent would not receive a response to his emails, and said it was because the user ‘included links to right-wing websites,’ just days before an MPs complained about the Government ‘funding hate’ on pro-Brexit sites such as Breitbart – to try to silence working-class news outlets.

One source told Politicalite that he was ‘shocked’ at the response and claimed that he only questioned the MP about the alleged sexual assault of a woman. 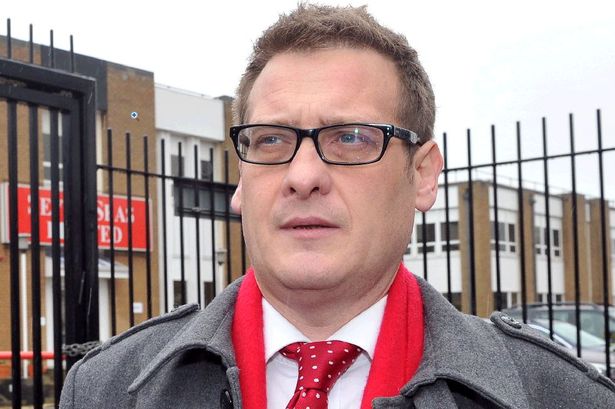 The MP’s office informed him that an alleged sexual assault ‘did not happen,’ but it was reported to the Labour Party in 2015.

Turner allegedly “slapped” the buttocks of a female Labour party member and made lewd sexual remarks about her.

The Financial Times reported that he told the woman, who had a double mastectomy that she “shouldn’t have got rid of her real tits because they were great”.

Labour MPs were made aware of Turner’s alleged behaviour on a number of occasions but declined to take action.

Politicalite on Sunday has contacted Labour and Karl Turner MP’s office for comment, but have not yet received a reply.