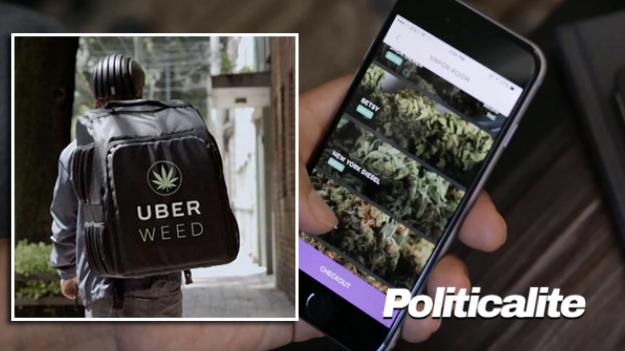 UBER – the revolutionary taxi and food delivery app is reportedly developing ‘UBER Weed’ after the soaring success of Uber Eats, it has been claimed.

The service will only be available to customers where Marijuana has been made legal in certain states of the U.S.A.

The drug is still a Class B narcotic in the United Kingdom, so don’t expect it to be launched here.

UberEATS is more profitable than Uber and the company is reportedly planning to launch UberWEED later this year.

U.S. website Huzlers reported that “As of now thirty states and the District of Columbia currently have laws broadly legalizing marijuana in some form.”

“Eight states and the District of Columbia have adopted the most expansive laws legalizing marijuana for recreational use. Most recently, sales of recreational-use marijuana in California kicked off on Jan. 1. 2018 In Massachusetts,” retail sales of cannabis are expected to start later this year.

“With the majority of congress in favor of making marijuana completely legal and recreational Uber wants to jump into this huge market using the same business model as UberEATS.”