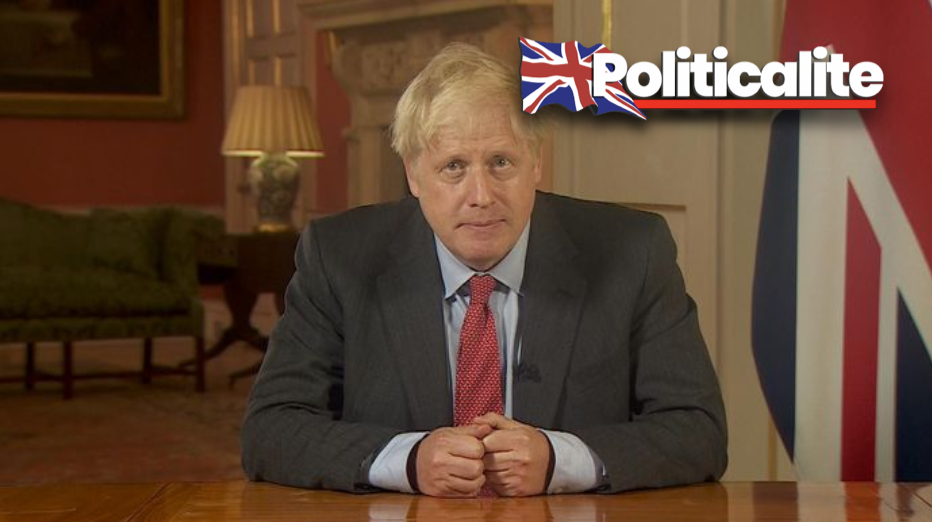 FOLLOWING Prime Minister Boris Johnson’s televised speech about new coronavirus lockdown restrictions, many pundits online condemned his tone and statements, arguing that he was curbing civil liberties to no great use.

An update on coronavirus. https://t.co/3uCUJ5grBm

In continuing restrictions to curb the spread of the coronavirus, Prime Minister Boris Johnson has announced several new ones in a televised address to the nation at 8pm.

In it, he outlined such measures, of which he had initially displayed in Parliament a few hours before. They included the ‘early closing for pubs, bars; table service only; closing businesses that are not Covid secure; expanding the use of face coverings, and new fines for those that fail to comply’, as well as re-establishing the ‘rule of six’ and possible ‘tougher local restrictions’. The speech was met with mixed reception online, many of whom took it very negatively.

He stated that while he was thankful that ‘in March [the month in which the UK’s lockdown began], we pulled together in a spirit of national sacrifice and community’ and the British public had ‘stayed at home, protected the NHS, and saved thousands of lives’, that because of how ‘he virus has started to spread again in an exponential way’ and what was going on ‘in France and Spain’, that such draconian measures were needed. He concluded his speech by stating that while ‘the fight against Covid is by no means over’, it was ‘time for us all to summon the discipline, and the resolve, and the spirit of togetherness that will carry us through’. You can read the full transcript of his speech here.

For his speech, many people found it lacking, citing its vagueness and continued threats to civil liberties that it posed. Brexit Party leader Nigel Farage called the speech ‘authoritarian’ and stated that ‘we didn’t vote for this’ – Farage had previously stood many of his party’s candidates down in the 2019 general election to stop vote splitting with the Conservative Party. Journalist Isabel Oakeshott wondered if Johnson and his advisers had ‘completely lost it’, and classical liberal YouTube political commentator Mahyar Tousi noted that his speech was ‘what Churchill would have sounded like if he were sober and vegan…’. Police Federation head John Apter complained about the announcement ‘lacking any detail’.

All of this comes as a vote in Parliament to renew the Coronavirus Bill 2020 for another six months is going to take place on the 30th of September. There has already been a major backlash by many in Parliament, with several MPs already admitting they’ll be voting against it. Sir Ed Davey, the current Liberal Democrats party leader, has already announced that he is considering cross-party talks to try and reform the bill, while Sir Graham Brady of the Conservatives is seen as the face of a possible backbench rebellion to curb the legislation next week.

REVEALED: Priti Patel in of ‘Contempt of Court’ Row After Sharing Confidential Info in Zoom Meeting
CORONAVIRUS: Stay Alert To Save Lives – What You CAN and CANNOT Do #StaySafe
To Top