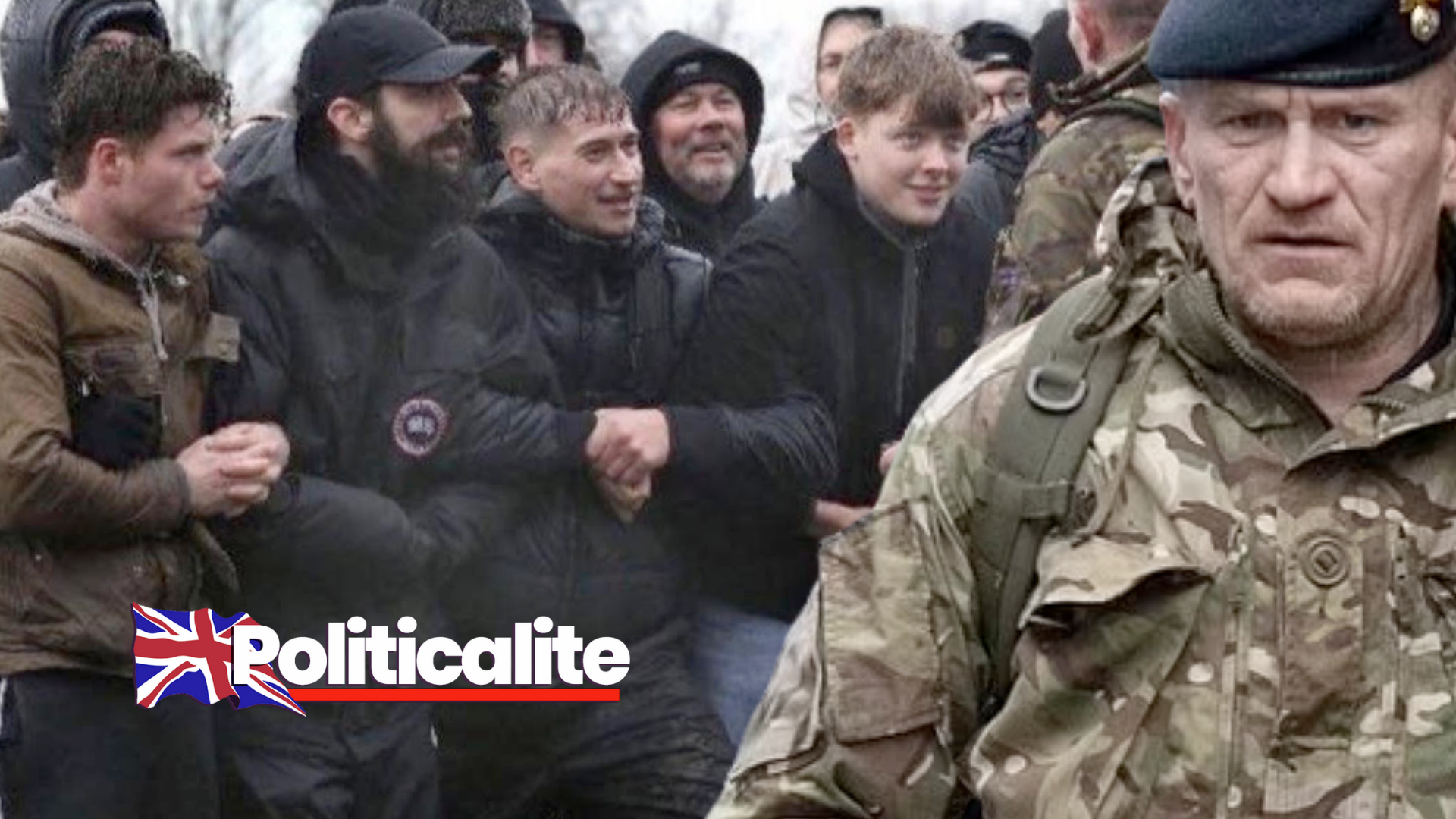 ALPHA Men Assemble is not the name of an upcoming Hollywood superhero movie, but the name of a group who are accused of preparing for ‘War’ on the Government over Covid-19 restrictions.

A reporter for the Daily Mail infiltrated the group were former Army lads and volunteers teach male Brits how to ‘wage war’ on the British Government.

The group has over 7,000 subscribers on its Telegram social media page and 100 members attended training, according to the Mail.

The group has allegedly threatened to target jab centres, schools and the police.

A Daily Mail reporter infiltrated the group, and claimed that he trained with them in a park in the UK.

Danny Glass, a former Royal Fusilier, called on those present to ‘take it to the Old Bill’ and warned the fight was ‘not for the faint-hearted’.

Around 100 activists were urged to ‘hit vaccine centres, schools, headteachers, colleges, councillors and directors of public health in every area’.

The group, which has more than 7,000 subscribers on the encrypted Telegram social media app, mocks more moderate anti-vaccine protests featuring the likes of Piers Corbyn as ‘standing in the park’. By contrast, Alpha Men Assemble purports to offer ‘pure, unadulterated defiance’.

A Mail investigation found that Army veterans are training scores of volunteers on marching formations and kickboxing to ensure volunteers are ‘professionally’ prepared for direct action.

The organiser – a local man named Paul – ran the reporter through boxing drills ‘should it be needed’ on any protests.

He also claimed to have a list of ‘600 coppers that are criminal paedophiles, run their own brothels, and gather at Masonic lodges.

One drill instructor declared that volunteers were fighting ‘a global war’ being waged between people and their governments.

The Alpha Men are also promoting and raising funds for a home education group in Sussex – whose tutors include anti-vaxxers and former BNP members – so children can avoid ‘state indoctrination’.

Alpha Men Assemble was set up only last month, but its numbers have swelled since it ran a training session for recruits in Littlehampton, West Sussex, two weeks ago.

Supporters were put through their paces by an Army veteran called Gary who wore a green Royal Irish Regiment hat.

The hardcore members braved the rain and cold at Staffordshire’s Chasewater Country Park on Saturday morning in the hope of being selected for the group’s ‘first taskforce’.

They were reminded of the risk of Press and police infiltration, with messages sent out prior to the meeting warning them ‘to be careful of what you say, and who you say it to’. Infiltrators were told they would be ‘dealt with’.

A police car was stationed outside the entrance to the park while two pairs of police officers kept a close eye on events, wandering in and out of the scrum of activists to howls of abuse.

With the police in earshot, organisers were keen to stress that the group was lawful and non-violent.

The 46-year-old, from Angmering, West Sussex, even suggested that Alpha Men could turn the tables on officers by arresting them for failing to uphold their common-law oath. He failed to explain what he meant by this.