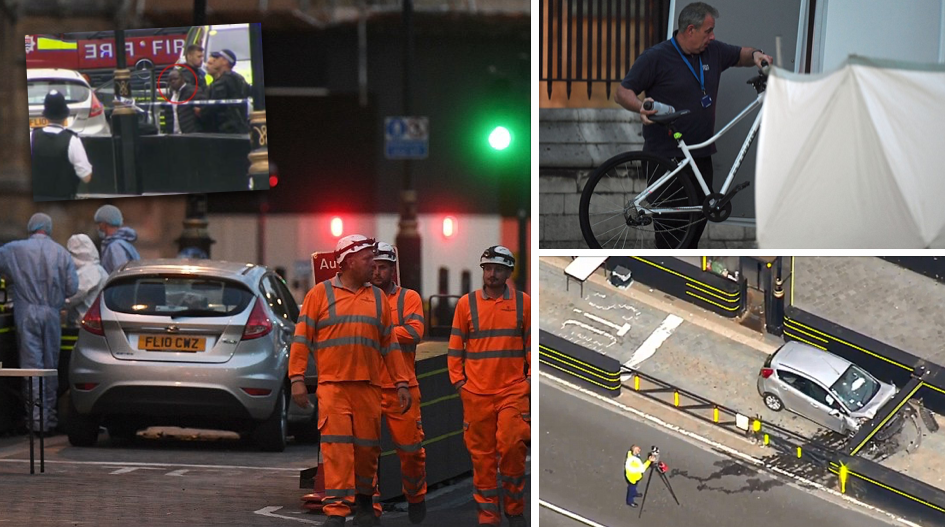 SOFT-TOUCH Met Police have charged the Sudanese Westminster terrorist with two counts of attempted murder and NOT Terror offences.

Salih Khater, 29 from Sudan was charged with two counts of attempted murder on Saturday and will appear in court on Monday after a car careered into people and a barrier at Britain’s parliament earlier this week, police said.

The vile ‘Radical Islamic’ thug will appear in court on Monday after his Ford Fiesta ploughed into a group of people and smashed into a barrier in front of Britain’s iconic Houses of Parliament.

Khater will appear at Westminster Magistrates’ Court on Monday charged with the attempted murders of members of the public and of police officers, London’s Metropolitan Police said in a statement.

The CPS however have said: “Due to the methodology, iconic location and the alleged targeting of civilians and police officers, the CPS (Crown Prosecution Service) are treating this case as terrorism,” it said.

HE’S BACK: Nigel Farage returns to frontline politics to fight for Brexit