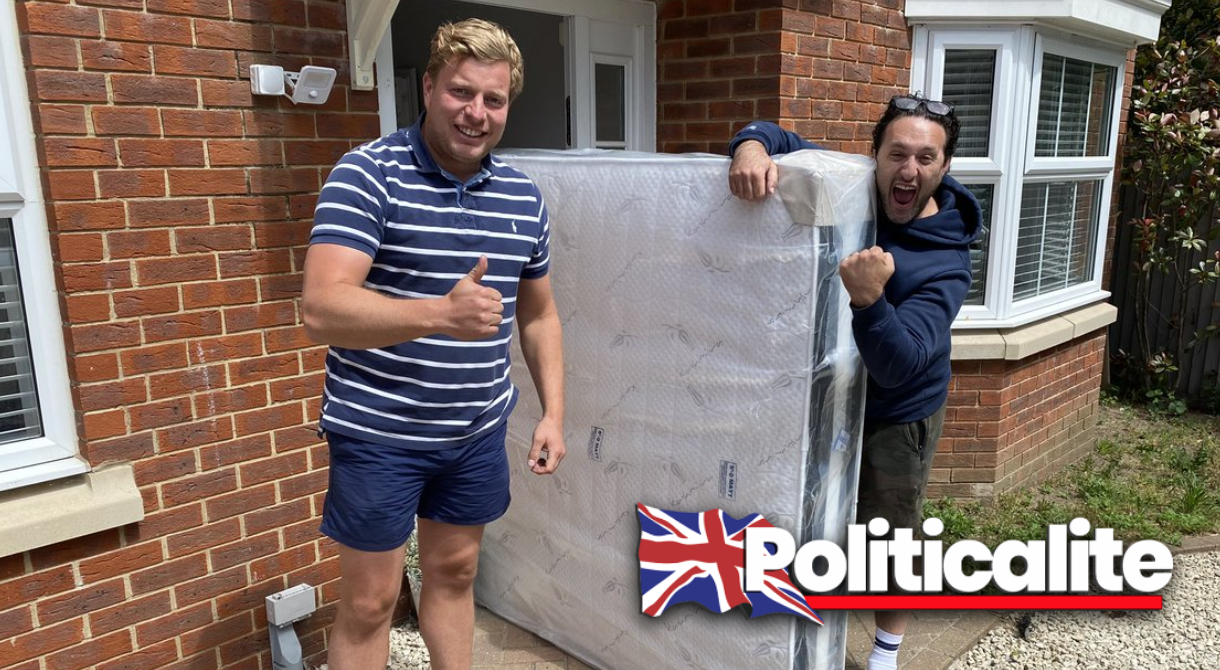 IN ONE of the more positive stories surrounding the coronavirus crisis, Thomas Skinner, the owner of the East London based Fluffy Pillow Company has been helping the nation in their deliveries and sleeping patterns through his work, and entertaining the nation with his hilarious Twitter posts, earning much praise on social media. Bosh!

He has been widely praised for his small business work during the lockdown, delivering pillows to people and helping out where he can. On his social media profile, he highlighted how he was selling this stuff for the ‘best price in the country’, and that he went as far as ‘400 miles’ to deliver his items, showing his commitment to the job. He has given hints to the expansion of the business in the coming days. He also shows that he has links to the rich and famous; giving one of his mattresses to former Blue member Anthony Costa.

And, he revealed how he likes to spend his downtime. When not encouraging his followers to join in with him for poker games and sharing his ‘naughty breakfast’ images, also highlights him swigging a ‘cheeky pint’ and his time around the pool that he owns, sharing it for his ‘Stella time’ (referring to the alcoholic beverage Stella Artois).

It was also revealed that his wife was expecting (joking in another clip that he was happy with this, as his pregnant wife could ‘drive the motor’).

He had previously started his business career at the age of 12, with his paper round, starting the Fluffy Pillow Company in 2019. In another tweet, Skinner also revealed that he’d be joining the lineup on this year’s Celebrity MasterChef, set to return to BBC One later this year. He’ll be joining former footballer John Barnes and comedian Crissy Rock, among others, in this year’s title. He had previously been on The Apprentice last year, and had made it to the quarter final, when he was fired.