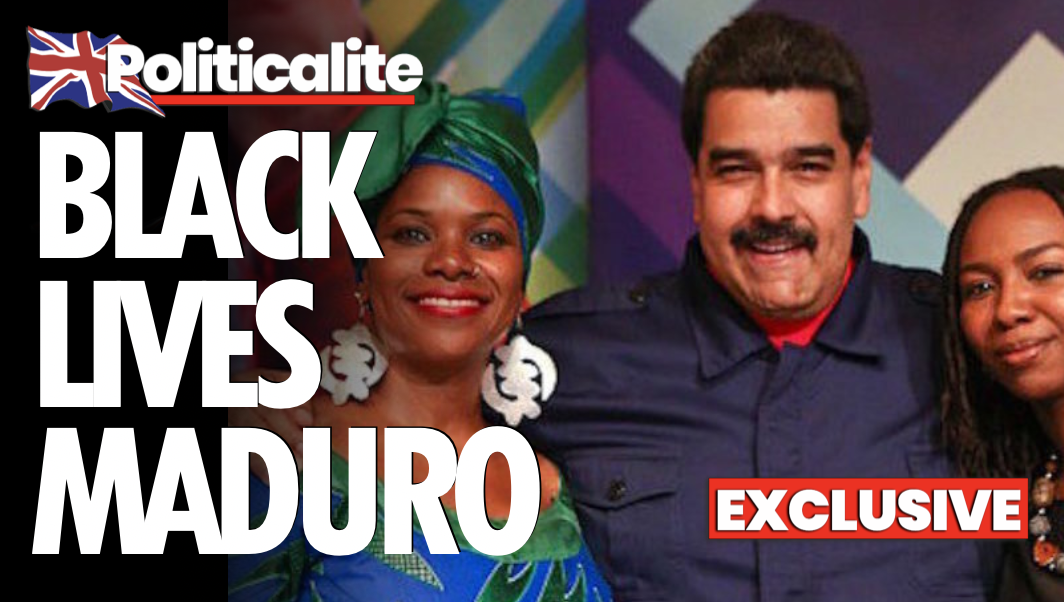 The movement that was born out the death of George Floyd has links to dictatorships and has terrorist links. There are two national BLM orgs, both led by the #BlackLivesMatter founders. For founder Alicia Garza, LGBT feminist empowerment is a major pillar of the movement.

1) Black Lives Matter Global Foundation (BLM Global): runs blacklivesmatter.com is a palatable donation box for white liberals. They have been collecting over $4m million in donation per year from 2016-19 and over $10 million in 2020 alone. Although they collected a massive sums of money, BLM Global has little concrete polices and no transparency.

2) Movement for Black Lives (M4BL): is the radical, anti-capitalistic policy wing of the BLM Movement. They are headed by #BLM founders Alicia Garza and Patrisse Cullors. M4BL openly makes clear their aims on their website; to abolish law enforcement, prison and capitalism, and to establish racial segregation.

A bombshell that has been exposed is the group’s links to the dictatorial Venezuelan regime, headed up by Nicholas Maduro since 2013, following the death of former President Hugo Chavez. Not only did the co-founders of the organisation – self-admitted ‘trained Marxists’ – get pictures with Maduro, but co-founder Opal Tometi worked in the country as an election observer in 2015, during the Parliamentary election that year.

M4BL’s financial controller (fiscal sponsor), the Alliance for Global Justice fervently support socialist dictatorships and groups including Castro’s Cuba, Daniel Ortega’s Nicaragua, Nicolás Maduro of Venezuela, and the Colombian Revolutionary Armed Forces of Colombia, one of the main groups involved in the ongoing civil war there. Their 2017 IRS tax filing doesn’t disclose the names of foreign entities that the send money to. The Alliance have a lot of mainstream backers, most notably that of the Open Society Foundation, headed by billionaire George Soros, already controversial for his several links to left-wing orgs, including that of the Occupy Movement back in 2011. Other mainstream financing comes courtesy of the Bank of America for example.

Beyond that, the BLM Global fiscal sponsor is an NGO called Thousand Currents. Their current Vice Chair is a woman named Susan Rosenberg, who was a convicted terrorist linked to various organisations. These included the Weather Underground, the May 19th Communist Organization and the Black Liberation Army. She’d was previously linked to the freeing of convicted cop killer Assata Shakur – often a cited figure for inspiration for the BLM movement more generally – and had been imprisoned herself for 58 years for weapons and explosive charges in 1984. She was eventually released in 2001, once then Democratic President Bill Clinton, on his last day in office, commuted her sentence.

Will the real BLM, please stand up?

Most local BLM branches take their cues from the radical M4BL as opposed to BLM Global, including that of the Boston branch. The Toronto branch in Canada also echoes this, with their dismantle the police demand coming from this M4BL org. Neither BLM Global or M4BL have managed to gain their US charity status 501c yet. The lack of 501(c) allows for several scam fundraisers to raise million in the name of #BLM.

Over the course of 2016-17, BLM Global’s fiscal sponsor received over $8 million in donations, with only $31 thousand going to local BLM activists and branches. According to Buzzfeed News, “After years of organizing, local activists were cash-strapped, trying to keep their people motivated, and struggling to coordinate with other groups nationally”.  During this period, Thousand Currents has sent over $1.8 million to foreign orgs outside of the USA.

There are tremendous controversies with activists from Ferguson, Missouri – where the Michael Brown shooting in 2014 took place, a major event that boosted #BLM’s popularity. Long time Black rights activists there are complaining about BLM Global collecting tons of millions in the name of Mike Brown but not giving anything back to families of local activists. Another prominent Ferguson protest leader tweeted that all #BlackLivesMatter did was tweet and collect money. In a must watch in-depth interview, a Ferguson activist said that the donation funds were washed in a web of non-profits. The families and and the community did not see any of the money promised.  She also complained that BLM’s feminist LGBT agendas were divisive amongst the united Ferguson community.

A radical piece of legislation called the Breathe Act has recently been release by M4BL, mainly through Patrisse Cullors. It’s co-sponsored by Rashida Tlaib and Ayanna Pressley, two members of ‘the Squad’, a term referring to the far-left US House of Representative members who were elected in the 2018 midterms. The unveiling of the group involved major stars, including those of singer John Legend and author Marc Lamont Hill.

The law, if passed, involves major changes to the criminal justice system in the United States. These include ending stop and search, all the while removing armed security, metal detectors, and all ‘surveillance equipment’ from public buildings. Meanwhile, federal prisons, immigration detention centres, and federal drug control agencies (DEA) are set to be abolished.  Other demands have little to do with Black lives. They include ending the federal immigration agencies (ICE), decriminalising illegal border crossing, and allowing illegal immigrants to vote.

The Daily Caller reported that between 2017-9, the BLM Global Network spent $899K on travel, $1.6 million on consulting and $2.1 million on personnel costs, which made 83.3% of its total spending in that period. Out of that, only $328K – 6% overall – was set to local orgs and activists. In 2016, Thousand Currents spent a stunning $585k on travel. There was also uproar among activists once BLM Global Executive Director Kaliee Scales refused to disclose spending and financial matters during a Reddit AMA.

BLM Cincinnati and New York chapters were so enraged by the financial mismanagement of BLM that they changed their name in protest. There has also been some controversy over the merchandise sold on their website going to the for-profit corporation. In June 2020, BLM Global advertise their shop link on their twitter profile instead of their polices.

“BLM did not create or build this new grassroots movement against police brutality and racism; they capitalized off a nameless groundswell of resistance sweeping the nation, branded it as their own, and profited from the deaths of Black men and women around the country without seriously engaging, as a national formation, in getting justice for fighting families. All the while raking in hundreds of thousands of dollars from high-end speaking engagements and donations from foundations that support the Black struggle (or want to co-opt it). They have gained access to high profile associations, including invitations to the White House and celebrity events; have been on magazine covers; are on the way to profiting as authors and subjects of books; and have accepted numerous awards and accolades as so-called founders of the movement — while families struggle, unassisted, to keep their fights going. So many people on the ground have shared a similar experience: when the reporters leave and the bright lights are gone, so are they (BLM)” – BLM Cincinnati