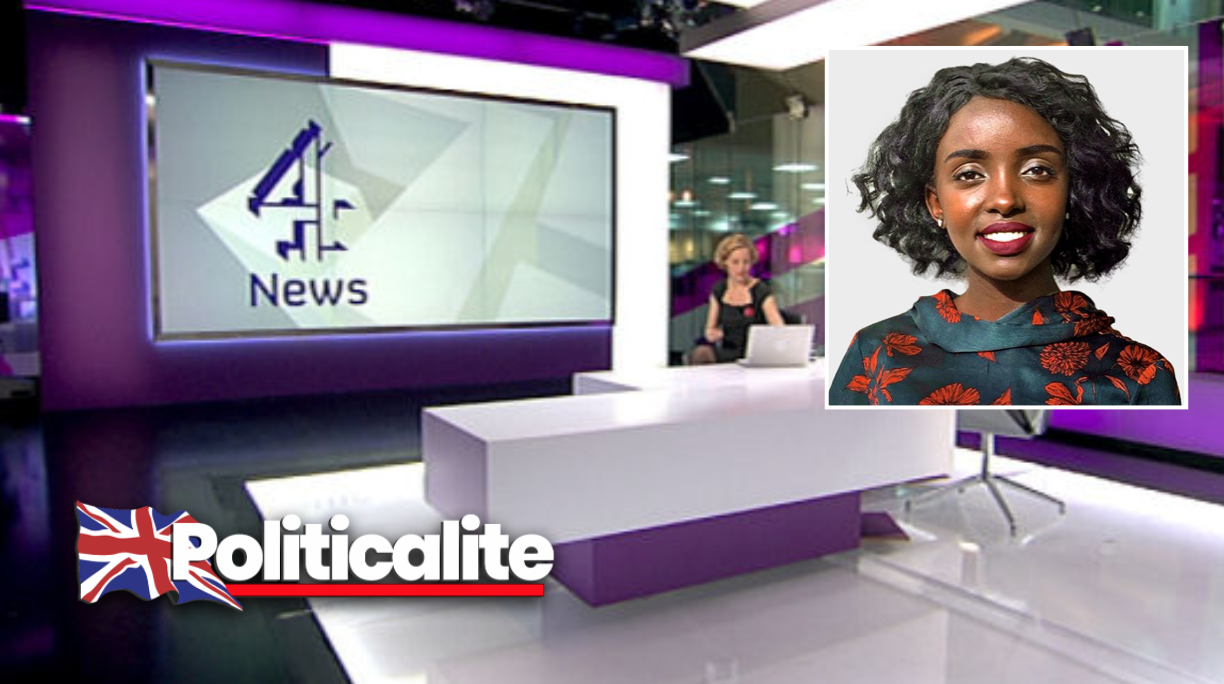 MERCY Muroki, a University of Oxford Social Policy Student and The Times Red Box commentator has criticised Channel 4 News for disinviting her from a debate on current racial tensions in the US and the UK, going as far as to call the network ‘cowardly’.

In her tweet, she complained about being disinvited from the network from the discussion about ‘current racial tensions’, in favour of a ‘left-wing comedian [Dane Baptiste], a left-wing MP [Labour’s Streatham MP Bell Ribeiro-Addy], and a left-wing ‘Professor of White People Studies’ [Nels Abbey]’.

Thanks for inviting me on to get a more 'balanced' analysis of current racial tensions, then cancelling me in favour of a left-wing comedian, a left-wing MP, and a left-wing 'Professor of White People Studies'.

This had been after they’d invited her on to gain some ”balanced’ analysis’ on the subject matter. She then complained about how they felt she wasn’t suited to an ”academic’ debate’ on the issue, which she found odd, given her current place at the University of Oxford, all the while stating that she felt ‘capable of an academic debate on social issues’, ending her tweet with a facepalm emoji.

They said it was because they wanted someone who could have an 'academic' debate on the issue.

I'm literally currently in academia… studying social issues… at the University of Oxford.

I'm pretty sure I'm capable of an academic debate on social issues. 🤦🏿‍♀️

Many defended Mercy, including social commentator Peter Lloyd who called Channel 4 News ‘#fakenews’ and Alt News Media who called the network ‘#MediaScum’ and ‘enemies of the people’. Meanwhile, Orthodox Conservatives head Dominique Samuels called the move ‘shameful’ as it binned a ‘balanced approach in favour of more far-left activism being framed as expertise’.

You know the drill! #fakenews

Channel 4 are #MediaScum amd Enemies of the People.

There are some good people that work for @Channel4News, however they are hopelessly biased.

It’s shameful that a young black woman who can offer a balanced approach was disregarded in favour of more far left activism being framed as expertise. https://t.co/hf4GpeKivq

The Channel 4 News debate that went ahead, entitled ‘Britain’s history of racial inequality: After George Floyd’s death in the US how will the UK respond’, discussed many issues beyond Floyd’s death, including UK specific issues, like the 1981 Brixton riots, the 2011 London riots and the 1999 MacPherson Report following the 1993 murder of Stephen Lawrence. That report found the Metropolitan Police guilty of ‘institutional racism’, a conclusion which some have criticised in the years following.