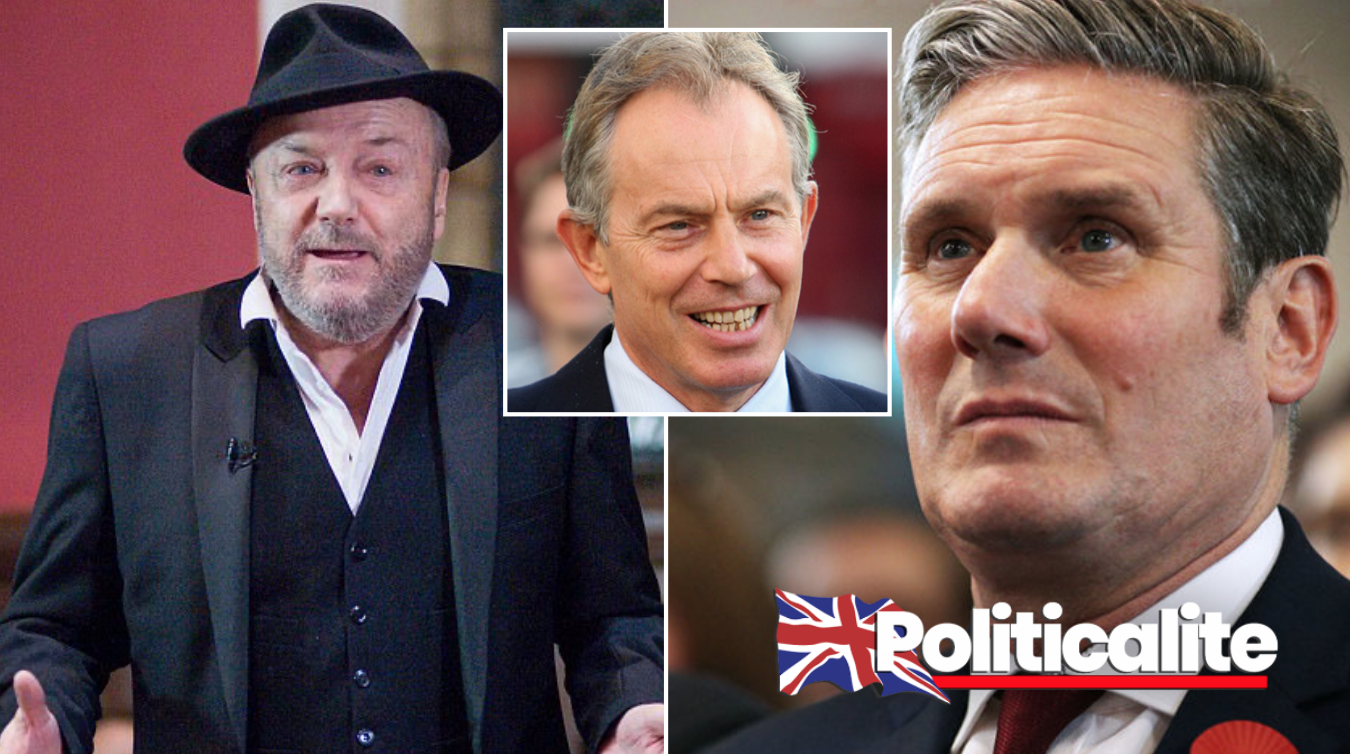 Galloway, who leads the Workers Party of Britain made the remarks on his RT ‘Mother of All Talk Shows’ radio programme.

His tone was one of ‘I told you so’. He criticised not allowing either Ian Lavery or Richard Burgon (both on the left of the party, the latter of whom stood for Deputy Leadership and came third) into the Shadow Cabinet and called it a ‘disastrous error’. He compared Rebecca Long-Bailey to a ‘schoolgirl’ and said it was a mistake of ‘gargantuan proportions’ to have her be the sole left-wing candidate in the race. He called Starmer’s win ‘the return of Tony Blair’, and that he was ‘Tony Blair 2.0’.

However, he acknowledged that  Starmer appears to be more ‘decisive’ than the party’s previous leader, Jeremy Corbyn, but said he is headed in the ‘reverse direction’.

He criticised Corbyn for not removing anyone, even when they were ‘sticking knives in his back’ and for promoting those people instead of purging them, alongside Corbyn throwing out what Galloway dubbed his ‘closet friends’.

He focused on former Debry North MP Chris Williamson, of who was expelled from the party in 2019, for alleged antisemitism. He ran as an independent candidate in the seat during last year’s general election, but came last, allowing the Conservative Party to take the seat from Labour.

Galloway was originally in the Labour Party from 1967 onwards, and had previously served as their representative in Glasgow Hillhead in the 1987 general election.

He was expelled from Labour in 2003 for bringing the party into disrepute over the Iraq War, and joined Respect, gaining the London seat of Bethnal Green and Bow from Labour’s Oona King. He later stood down from that seat in 2010.

He then won the 2012 by-election in Bradford West, but lost it in 2015. After a failed attempt at trying to win London Mayor in 2116 under the Respect banner and after that party folded that same year, he backed the winning Leave side in that year’s EU referendum.

He then stood as an independent candidate for the seats of Manchester Gorton and West Bromwich East in the 2017 and 2019 general elections respectively and then started the left-wing but pro-Brexit Workers Party of Britain, which he currently leads.