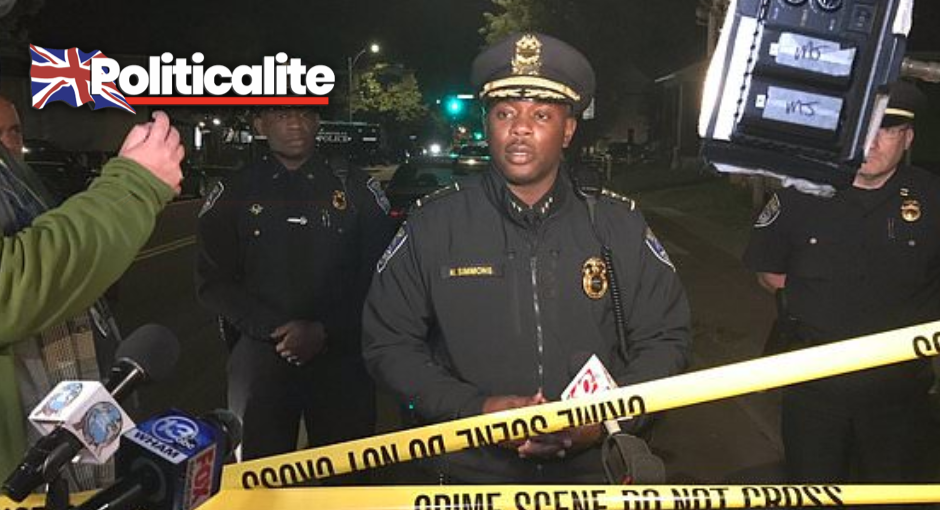 A MASS shooting in the state of New York left ‘multiple dead’ and dozens injured in the City of Rochester on Saturdau.

The shooting occurred close to Rochester Public Market and a huge amount of local police have responded to the scene close to Pennsylvania Avenue.

There was a large party but there are shootings all the time in the neighborhood where this shooting took place.
A local pastor wrote: “The “100 person party” aspect was somewhat unusual (particularly given COVID) … but there’s nothing particularly startling about another northeast quadrant “shoot ’em up.”
“The shooting you might’ve heard about was in the northeast crime-laden part of the city — sometimes described as the “war zone.” It‘s not all that unusual. A few weeks ago, it would’ve been a story — but not a big one — on the 11 p.m. news.”
“But it‘s another example of the media’s (including social media — Facebook, in this case) “flavor of the day” mentality (just because RPD has been in the news lately — even though this is completely unrelated) … and probably represents more than a little stoking of the fire, too.”
The only thing about it remotely related to recent protests? This excellent comment by a local African-American pastor: “We don’t need to defund the police, because they’re still responding, and I thank God that they are responding to this tragedy and not taking it personally about the things that are going on concerning them.” (Original post: https://twitter.com/MarciaGreenwood/status/1307327900941774849/ )

The Rochester Police Department Major Crimes Unit said that “there are fatalities.”

Local media reported: “The area in question is along Pennsylvania Avenue, which is bordered by Union Street to the west and Goodman Street to the east.”

At about 2:15 a.m., members of the police clergy response team arrived and were escorted into the area where the apparent shooting or shootings occurred.

At about 2:30 a.m., Lt. Justin Stewart said no information about what has occurred would be released for another hour or so. Clearly, there is much to sort out in a sprawling crime scene.

For the size of the police response and the large area where the investigation is occurring, the scene was marked by an eerie quiet. A bit after 2:30 a.m., relatives or friends of the people involved in the shooting arrived, their anguished cries breaking the night silence.

In 2020, shootings and homicides have risen in many U.S. communities, including Rochester. Authorities have pointed to the coronavirus outbreak as a significant factor. The pandemic has prompted a massive slowing of economic activity at the same time the need for social distancing has shut down many popular activities, leaving young adults in poorer neighborhoods bored and frustrated.

According to the website gunviolencearchive.com, there had been 454 mass shootings across America in 2020 as of Friday.

Rochester had several mass shootings in 2015, a year in which the number locally exceeded that of any community statewide.