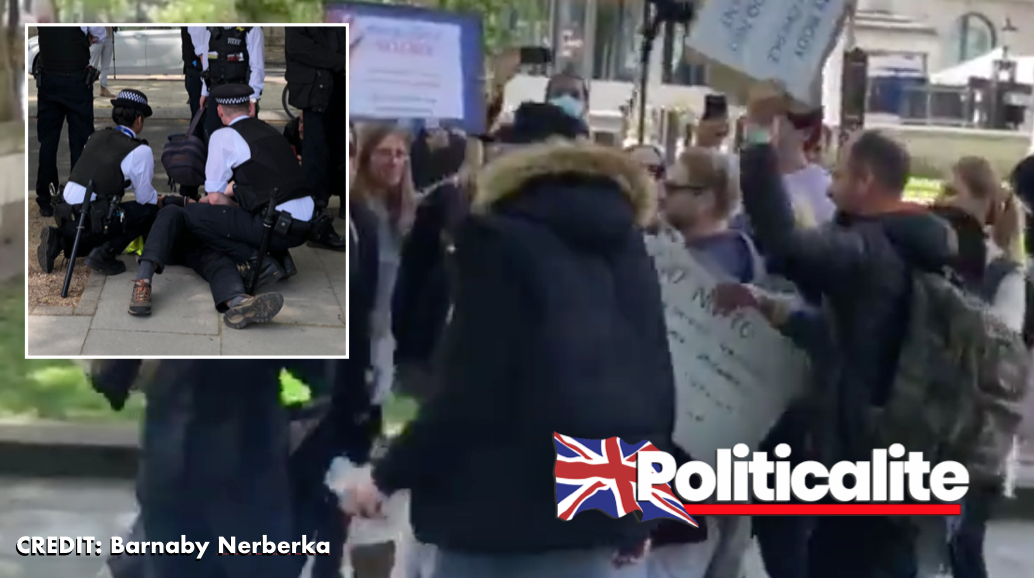 Barnaby Nerberka a journalist for Ruptly shared a video on his Twitter feed that revealed Protesters ‘hugging in defiance of social distancing rules.’

Protesters in London are hugging in front of New Scotland Yard in defiance of #COVID__19 social distancing regulations pic.twitter.com/T38Hqb29Bh

“Protesters in London are hugging in front of New Scotland Yard in defiance of #COVID__19 social distancing regulations.” said Barnaby.

He added: “Police have now detained a protester for refusing to disperse.”

The protest was widely condemned by Twitter users with one user writing: “Any parent making their kids take part in these need a social services intervention.”

Stephen Morrison said: “This is the only chance these freaks will ever get to hugging someone.”

Another user was supportive though, with Jack Lord Oatkon writing: “Excellent to see this!”