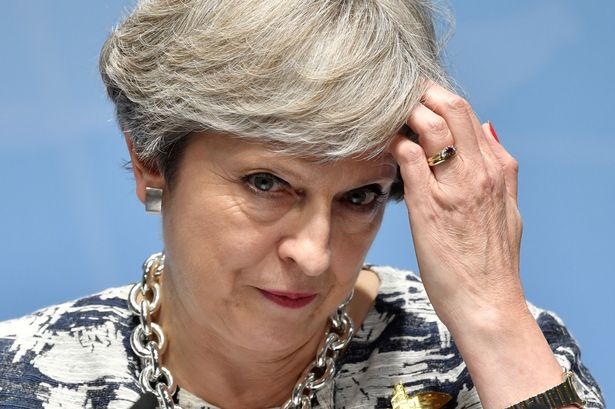 DAME Lucy, a “senior official at the department for co-Ordinating Brexit” has found her innermost thoughts and depth of the governments Brexit betrayal splashed all over the Internet today.

In a letter sent to recipient only identified as “Frank”, she admits that the deeply held fears of Brexiteers about the direction the government is taking us in are totally justified.

For a start, it confirms the suspicion that far from being the last concessions the current government offers to the EU, the Withdrawal Agreement is the beginning of the campaign to retain  “features of our current membership” in a “future partnership agreement”.

Although the Dame concludes this might take some time as there is enough space in these future negotiations to allow “one or more General Elections” to take place. Disturbingly, it continues: “The Opposition policy of wanting to stay in the Customs Union and single market would not be pre empted before at least one General election had occurred, which might be best in the circumstances, assuming we need all the time laid down to try to sort out a future partnership.”

She admits what we already know: Meanwhile, though we have technically left, all obligations and legal arrangements remain the same. In other words, Brexit In Name Only is exactly what is on offer.

Project Fear is admitted as being a conscious government policy: “There is concern in the Unit that the WA might not get through the Commons. We have briefed Ministers to stress there might be no Brexit without the WA, and to highlight the uncertainties rejecting the WA will create. We need to help them respond to those who argue that just leaving and trading under WTO terms is a true Brexit. The government has successfully stressed that such a Brexit would be “hard” and like falling off a cliff. We may need to send out more of the material from the scoping survey showing just how many things might change, and how they might change for the worse without the continuity provided by the WA. I understand there are a few large multinationals prepared to forecast problems for supply chains and transport which we must give prominence to.”

In short, if Mrs May’s Withdrawal Agreement is voted through then it will be the death of true Brexit. 2019 must be the year we fight back and stop it.

A MOTHER’S STAND: Tracy Blackwell Makes Christmas Day Stand On Downing St
A GOLDEN ROYAL GAFFE: You’re Not A Leftist If You Moaned About That Bloody Piano
To Top