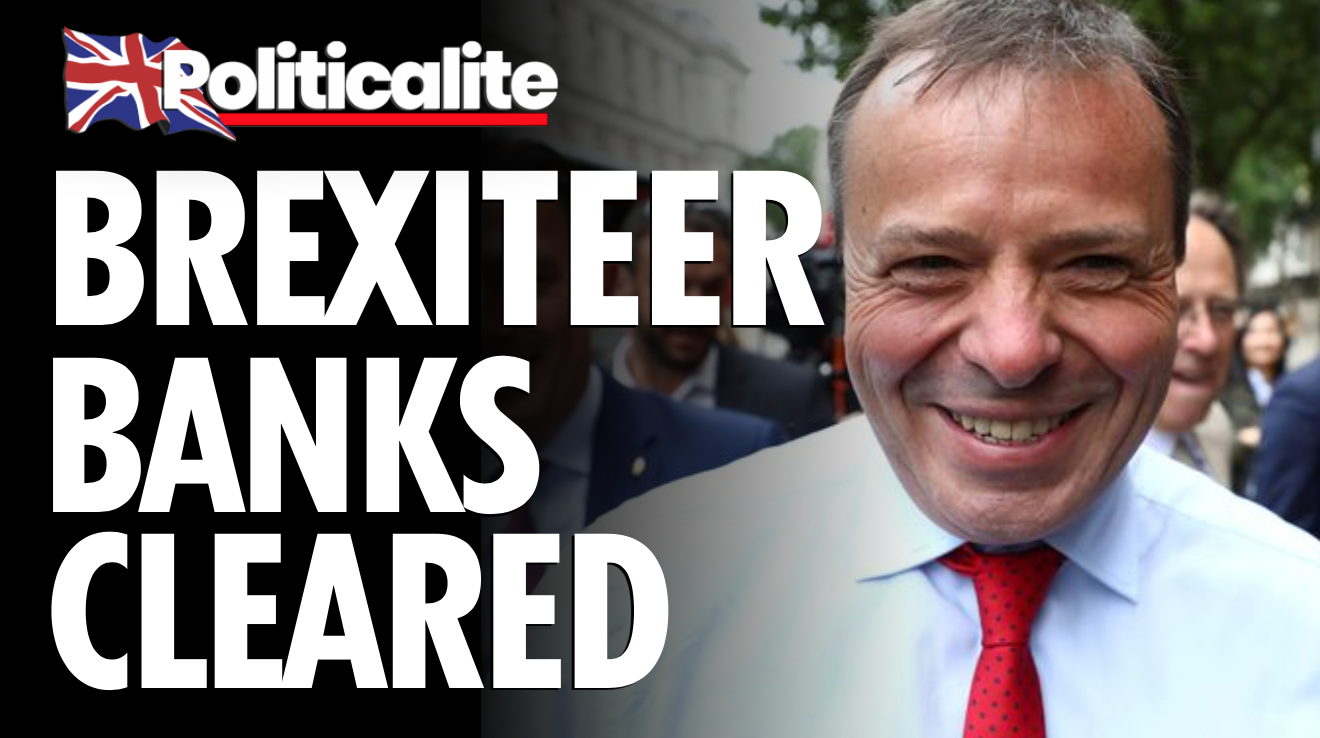 ARRON Banks and Liz Bilney, the heads of the Eurosceptic organisation Leave.EU have been cleared of all criminal charges against them by the Electoral Commission.

In the released report, the Electoral Commission confessed that they were wrong on all counts against Leave.EU, after last year’s ruling by the National Crime Agency that there was no evidence of criminal offences against either Banks or Bilney. All the while, the NCA further found that the EC’s own investigation concluded that the capital Mr. Banks used to fund the loans came from the group of companies where he was the main beneficiary.

The text is as follows: “The Electoral Commission considers it was right to refer this matter to the NCA for further investigation, but confirms that it accepts (a) the NCA’s conclusions that it found no evidence that any criminal offences have been committed under PPERA or company law by Mr Banks or Ms Bilney; and (b) the NCA had not received any evidence to suggest that Mr Banks or his companies received funding from any third party”.

It also found that allegations of Russian interference in the EU Referendum (mainly pushed by the likes of Labour MP Ben Bradshaw) were unfounded: “The National Crime Agency, after its own investigation, has (i) concluded that there is no evidence that any criminal offences have been committed under PPERA or company law by any of the individuals or organisations referred to it by the Electoral Commission; and (ii) has stated that it has not received any evidence to suggest that Mr Banks and his companies received funding from any third party to fund the loans subject to the investigation, or that Mr Banks acted as an agent on behalf of a third party. The Electoral Commission accepts these conclusions”.

Banks celebrated the news on Twitter, while his organisation bemoaned how the mainstream media (who had given the initial accusations blanket coverage) are now not covering the Electoral Commissions latest statement, highlighting that Guido Fawkes was the only outlet that had covered the issue at that time. Others who congratulated him include the aforementioned Grimes, fellow Guido Fawkes alumni Tom Harwood, National Pulse editor-in-chief Raheem Kassam, Conservative MP Peter Bone, Brexit Party leader Nigel Farage and former Labour MP Kate Hoey.

There are some on the left who claim that they were right, mainly that of Observer columnist Carole Cadwalladr and former BBC journalist John Sweeney, who left the company last year over a scandal surrounding his unaired Panorama documentary on English Defence League founder Tommy Robinson. Banks criticised both on Twitter.