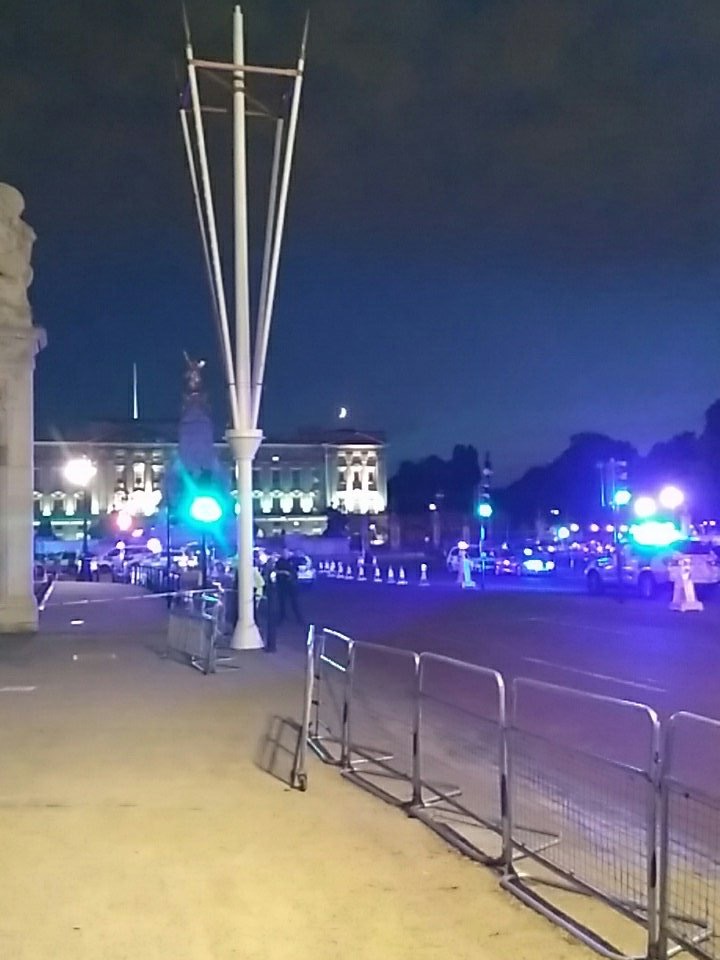 A MAN said to be “armed with a sword” attacked two police officers outside Buckingham Palace this evening.

Pictures on social media show police cars and a police cordon surrounding the area at the top of The Mall in central London.

The two wounded officers overpowered the assailant and arrested him just after 8.30pm.

Reports on social media claimed he was armed with a sword or machete when he attacked the cops in front of terrified tourists.

Scotland Yard said: “A man has been arrested on suspicion of grievous bodily harm and assault on police.

“The man was stopped at approximately 8.35pm hours by officers at the Mall outside Buckingham Palace in possession of knife.

“During the course of detaining him, two male police officers suffered minor injuries to their arm.

“The London Ambulance Service were called and they were treated at the scene. They have not been taken to hospital.

“No others persons have been reported injured.”

Officers remain on scene and enquiries are ongoing.

The Queen was not in Buckingham Palace at the time of the incident as she is staying at her Scottish residence Balmoral.