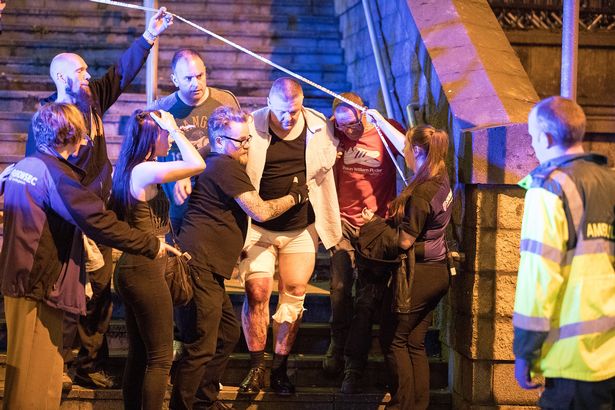 WHEN Salman Abedi detonated a suicide bomb following an Ariana Grande concert at the Manchester Arena in May 2017 it was one of the most barbaric terrorist attacks on Biritsh soil.

The BBC has uncovered a recording of the services at the Didsbury Mosque Abedi attended on a regular basis. In December 2016, the Imam Mustafa Graf was recorded praying for “victory” for “our brothers and sisters right now in Aleppo and Syria and Iraq”.

In the recordings, made at the time Aleppo was under heavy bombardment by forces aligned to Syrian President, Bashar Al-Assad. Graf is heard saying:”We ask Allah to grant them mujahideen – our brothers and sisters right now in Aleppo and Syria and Iraq – to grant them victory. “=”Lots of brothers stayed behind unfortunately. They love Islam and Muslims but they do nothing for the support of their brothers and sisters.”

He continues: “Jihad for the sake of Allah is the source of pride and dignity for this nation.”

The connection between Graf and Abedi is also thrown into share focus by other evidence obtained by the BBC. It has obtained footage of Abedi attending a demonstration in London against a secular Libyan general who was fighting against Islamist militia. The event was organised by the 17th of February Forum protest group. Mr Graf is a leader of the group, although he was not present at the London demonstration.

STORMY’S MUM: “It’s a good job she quit Big Brother, she would’ve slept with ALL the men”
SHE’S ORF: Meg ‘flies home to Canada’ WITHOUT Harry amid family war
To Top