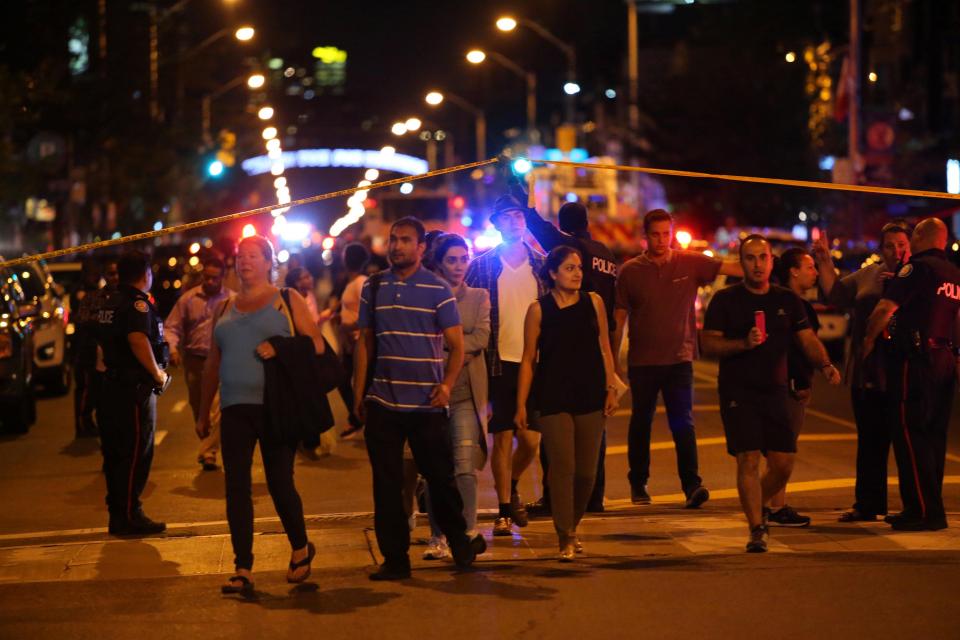 TORONTO police say 14 people have been shot, one of them fatally, and the gunman is dead after gunfire rang out along a busy Toronto street on Sunday night.

A woman died in the shooting and a young girl is in critical condition, Toronto Police Chief Mark Saunders told reporters at the scene.

The extent of the other victims’ injuries was not immediately known. 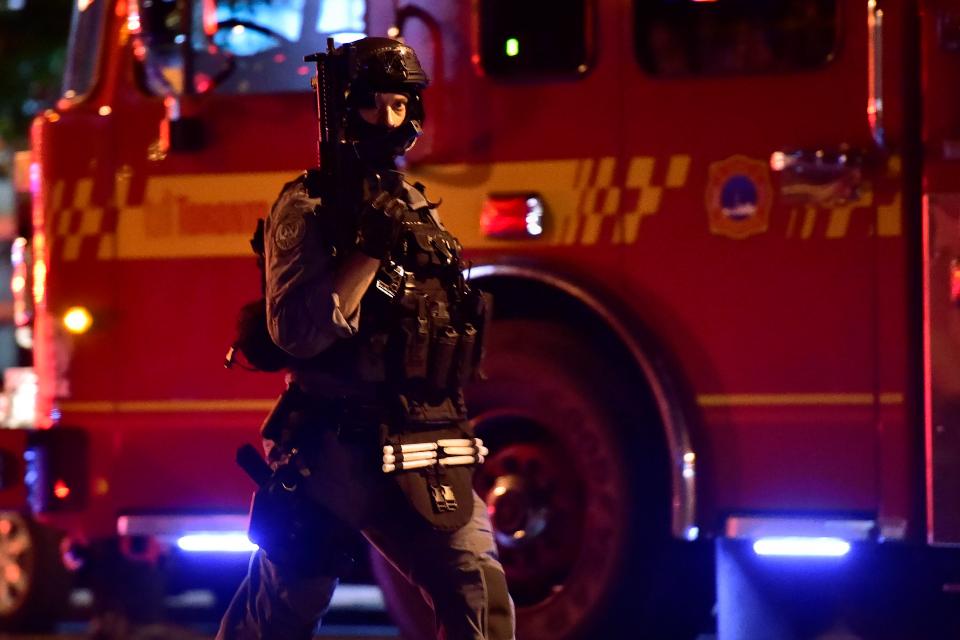 Canada’s CTV News said police received a call shortly after 10 p.m. Sunday about a shooting in a city neighbourhood.

The area has many restaurants, cafes and shops and is busy with pedestrians on summer nights.

Multiple witnesses told Canadian Media that they heard anywhere between a dozen and 20 shots.

One man said the shooter was dressed in black and wore a hat.

Other witnesses described complete chaos as the suspect repeatedly fired his gun.

Some social media users posted videos online in which shots can be heard and One brief, chilling video appeared to show the suspect firing his gun.

My evening was nice until I heard shooting right out of my place on the danforth. So scary!! The gun violence in Toronto is crazy. pic.twitter.com/eNHLlUlp6r

Saunders told reporters that a handgun was used in the shooting.

He did not elaborate on how the suspect died, but said that there was an “exchange of fire” with police.

Saunders said it’s too early to say what motivated the shooting. 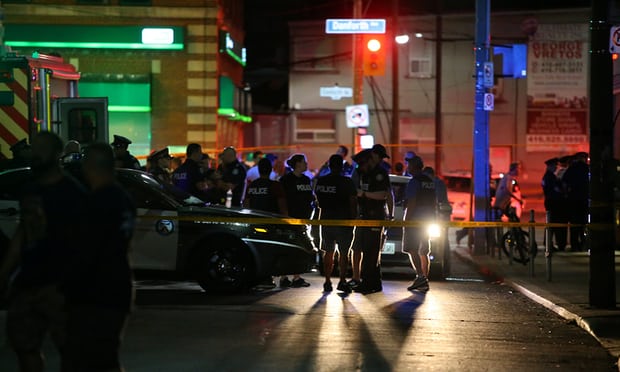 He encouraged any witnesses who had not yet spoken to police to come forward with any information, photos or videos they may have.

Toronto Mayor John Tory, who joined Saunders on the scene in the early hours of Monday morning, called the shooting a “despicable act.”

“On behalf of all Toronto residents, I am outraged that someone has unleashed such a terrible attack on our city and people innocently enjoying a Sunday evening,” Tory said in a statement.

“This is a tragedy and on behalf of all Toronto residents, we are extending our prayers to all the innocent people attacked tonight, their families and their friends.”

BRIT LAD KILLED IN IBIZA: White Dee pays tribute to Birmingham man who was killed trying to break up fight in Ibiza