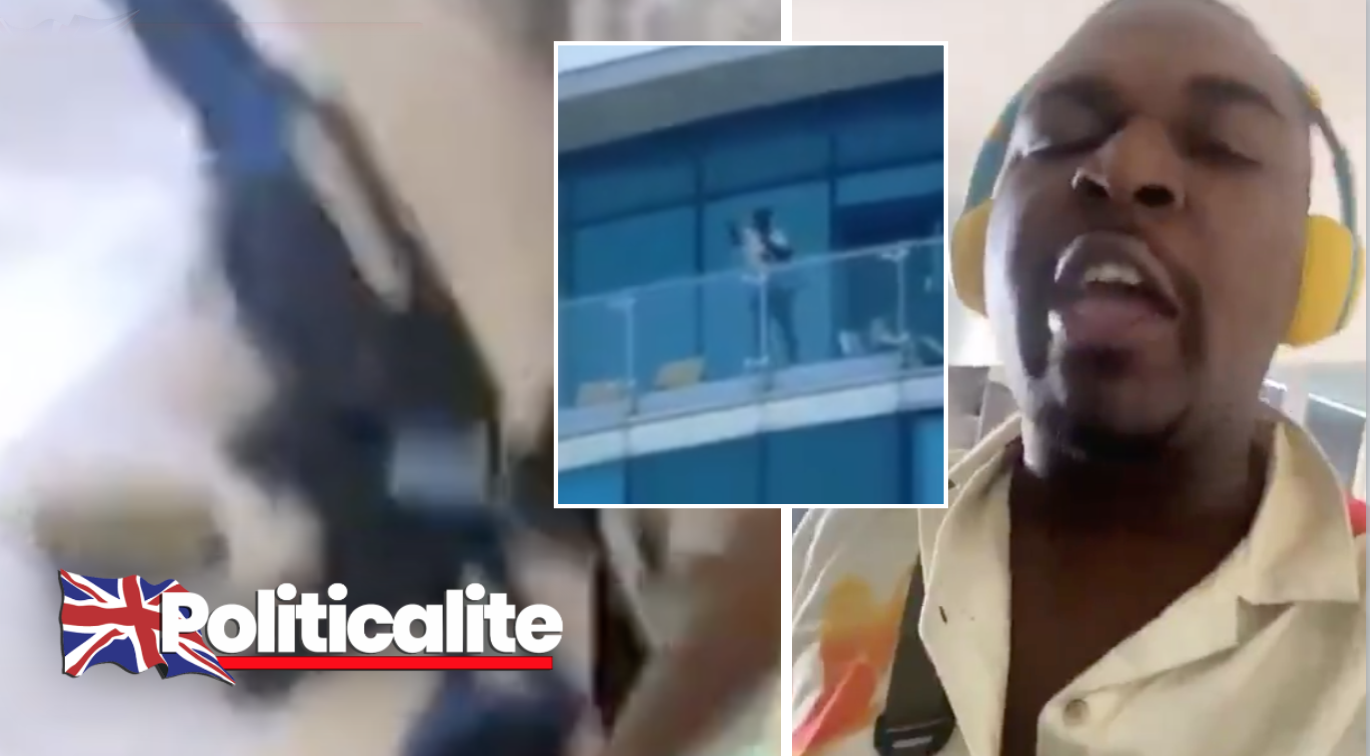 MACHINE gun fire ripped over Kentish rooftops today after a man in his 30s took to his balcony to indiscriminately shoot the deadly weapon.

Videos posted by witnesses on social media show the man on a balcony in Chatham, waving the machine gun aimlessly into the air while yelling out a series of rants regarding rappers Tupac Shakur and Notorious BIG.

More shockingly, the gunman then posted his own videos – choosing Instagram to broadcast his actions to the British public – including by posting one clip showing five guns and ammunition laying on his bed.

In the video, the gunman is heard repeatedly shouting, “call the police”.

Another video circulating on social media that appears to be from the scene showed a witness pointing out a man on a balcony.

“He’s up there! He’s up there sitting on that yellow thing with a machine gun, a handgun and a rifle” the witness can be heard shouting. 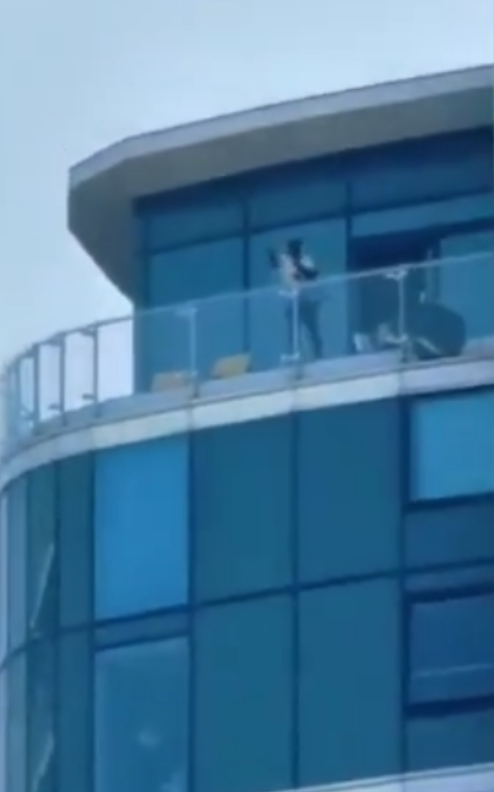 Kent Police said a man has since been arrested on suspicion of firearms offences and officers have found four imitation firearms.

“Kent Police was called at 8.35am on Wednesday 22 April 2020 to a disturbance at a flat on Dock Head Road, Chatham” the branch said in its official statement.

“Members of the public reported seeing a man on a balcony with weapons and patrols, including armed officers, attended the scene.
“The police helicopter was also deployed and a man in 30s has now been arrested on suspicion of firearms offences. 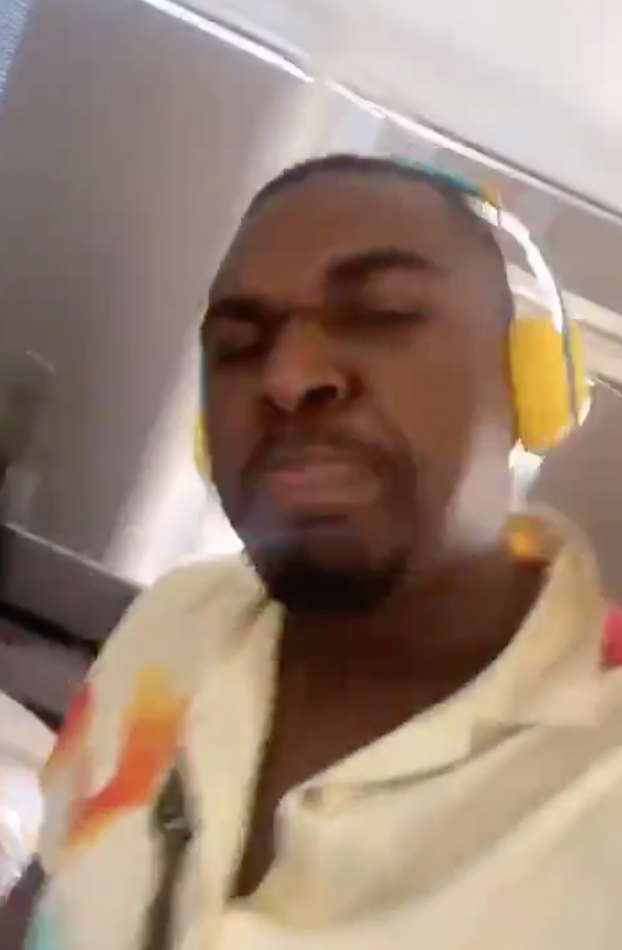 “Patrols remain at the scene where officers have located four suspected imitation firearms as part of their enquiries.”

Despite clearly shown in the video footage, there has since been no official mention of a machine gun nor the extra gun – albeit perhaps another imitation – seen lying on his bed.