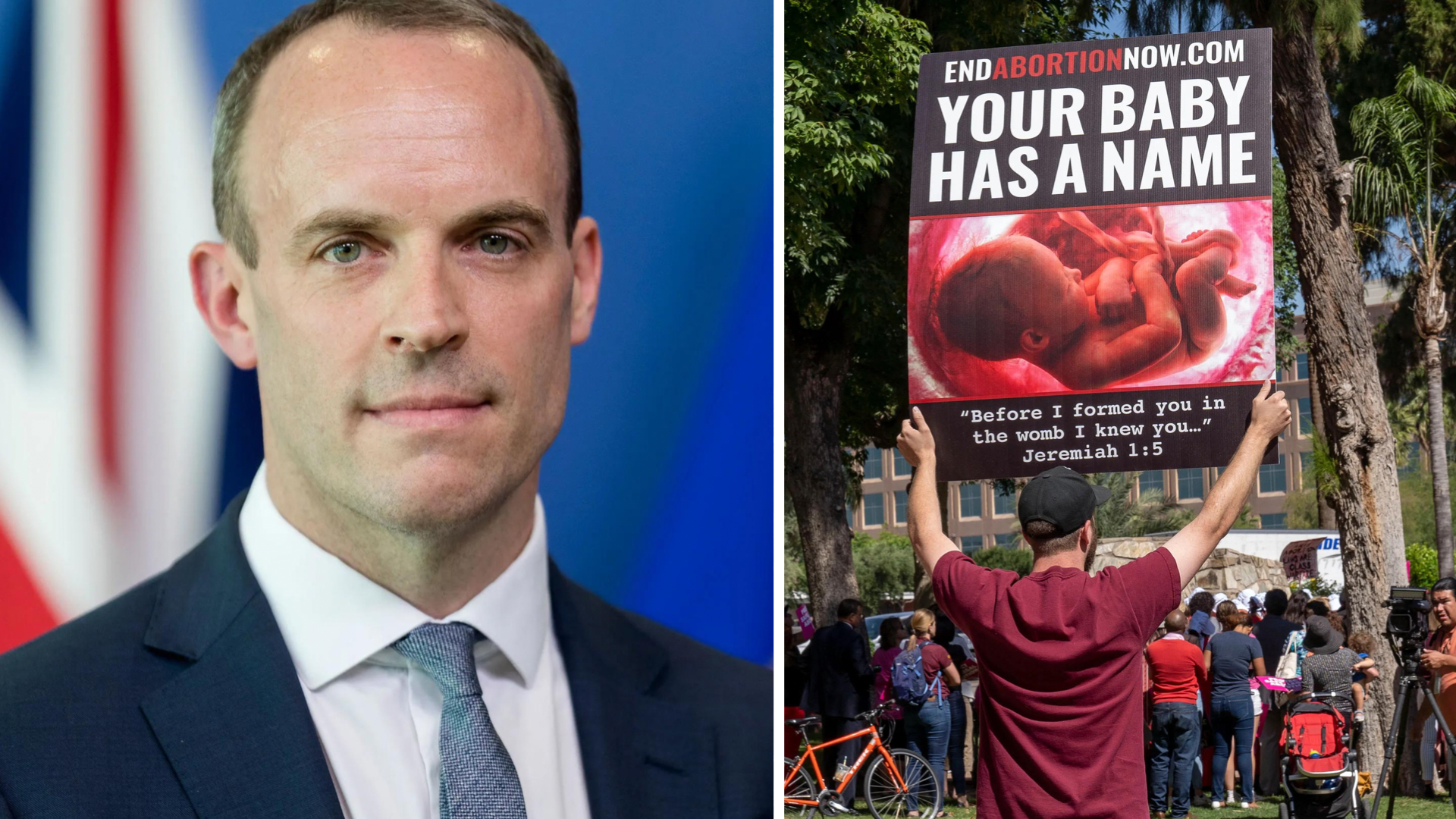 THE UK’s new Bill of Rights will not include ‘the right to an abortion’ as a human right in a win for UK pro-lifers.

Deputy Prime Minister Dominic Raab argued the legality of abortion in the UK is “settled” when asked about the issue during Prime Minister’s Questions, and that the amendment could lead to abortion being litigated in the courts.

It comes after Labour MP Stella Creasy announced she would table the amendment after the US Supreme Court last week ended constitutional protections for abortion that have been in place for nearly 50 years by overturning the landmark Roe v Wade ruling.

Speaking in the Commons, Labour MP Rosie Duffield said: “Will the Deputy Prime Minister send a clear signal, as some of his Cabinet colleagues have done this week, that Britain respects the rights of women, and will he accept the cross-party amendment to his forthcoming Bill of Rights which enshrines a women’s right to choose in law?”

Mr Raab, who was standing in at PMQs due to Boris Johnson’s attendance at a Nato summit, replied: “The position, as she knows, is settled in UK law in relation to abortion.

“It’s decided by honourable members across this House. It’s an issue of conscience. I don’t think there is a strong case for change.

What I wouldn’t want to do is find ourselves, with the greatest of respect, in the US position where this is being litigated through the courts rather than settled as it is now settled by honourable members in this House.”

Ms Creasy tweeted afterwards: “Why is the Bill of Rights good enough to protect your freedom of speech but not your womb from being interfered with?”

The decision to overturn Roe v Wade is expected to lead to abortion bans in roughly half of US states.

Speaking in a parliamentary debate on the US Supreme Court’s ruling on Tuesday, the Labour MP for Walthamstow said: “Roe v Wade gave American women a constitutional right to have an abortion.

“Currently here in the UK, only women in Northern Ireland have their constitutional right to an abortion protected as a human right.”

MPs should be given a free vote on the amendment to the British Bill of Rights as it is a “conscience issue”, according to Ms Creasy, who wants to table it when the legislation is published at second reading.

Labour former minister Dame Diana Johnson warned that far-right American groups wanting to roll back UK abortion protections will be given “renewed impetus” by the US move, as she pressed for the UK Government to introduce buffer zones near abortion clinics.

But Conservative MP Danny Kruger said he would “probably disagree” with other MPs.

“They think that women have an absolute right to bodily autonomy in this matter, whereas I think in the case of abortion that right is qualified by the fact that another body is involved,” he said.